Take a sidetrip into Mark Twain country with Finn 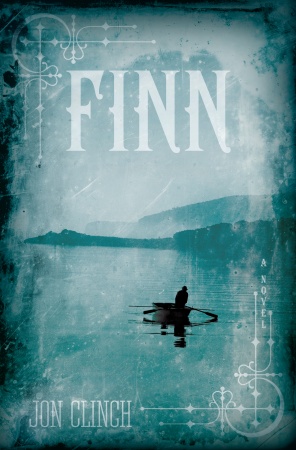 One of the trickiest things to do with a novel is to take up the threads of a classic story and weave them into an original design of your own that not only exhibits your talents well but pays a respectful tribute to the one who has gone before. Sometimes you get a wonderful surprise like Ahab's Wife or a "why did they even bother" clunker such as the infamous Scarlett.

Happily,Jon Clinch's Finn is best suited to stand along side of Ahab's Wife and the likes of The Wide Sargasso Sea,with well earned pride. The Finn of the title is the father of Huck Finn,one of Mark Twain's most famous creations(next to Tom Sawyer) and the story not only slips into the timeframe of his appearances in The Adventures of Huckleberry Finn but fills in some backstory as well. Finn is the drunken black sheep son of The Judge,whose harsh disclipines and vicious bigotry have driven more than one wedge between them yet in many ways,they are sadly alike.

One of the straws that nearly breaks the camel's back is Mary,a young slave girl handed over to Finn as thanks for preventing a riverboat hijacking. Mary is held in captivity by Finn at first but eventually their relationship develops into something more intimate. The Judge barges in on them one night and demands that his son give up her,which he promises to do but that vow is as honored as much as any of the other lies Finn's told over the years.

The only one of his family that bothers to have anything to do with Finn is his brother Will,who is as bound to The Judge as much as Finn is not. The timeline of the plot skips back and forth,between the days before Huck was born,and into some pretty scary places such as a nasty late night raid on a cabin by Finn and a fellow drinker with more than whiskey on his mind. 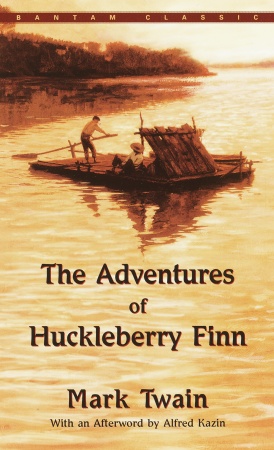 Jon Clinch doesn't whitewash the true nature of "Pap" Finn,but rather makes him a more understandable,if not pathetic and somewhat sympathic,obstacle to himself and others. At times,it's almost as if Clinch is channeling Mark Twain;he takes up the reins of Twain's literary nuances with the ease of one who seems to have been doing so all of his life.

Finn is a heartfelt journey into the essence of what is considered by many to be the Great American Novel and gives us a compelling read that makes for a splendid bookend to that tale. If you would like to know more about this book or it's author,please click the title link above to visit the official Finn website.

It's one of the best interactive book sites I've ever seen that does more than just promotes the book;there are sections with info on Huck Finn,Mark Twain and a few quizzes to test your word power(the Mark Twain qoutes game is particularly fun,I've done decently on it). Clinch also has a blog called The Horsehair Couch that has some interesting insights on having your first novel published. Don't wait until this book has gathered up the heaps of praise that it deserves,go get it today!
Posted by lady t at 9:58 AM

Sounds like a good read. I need to get back into my reading. I have a Mapplethorpe bio gathering dust next to my bed.

I'm behind on some of my bio reading,too-picked up an old George Sand biography at a church sale last fall and still haven't cracked it open yet*hangs head in shame*.