Valentine's Day is for book lovers

Completing the last,yet not the least,list of romantic pop culture picks,we arrive at books. I decided to use the old wedding adage of "something old,something new,something borrowed,something blue" as my layout. I don't intend to go in exactly that order(logic and love don't always mix)but if you're caught in a nasty ice storm like I am at the moment,these titles should keep your heart and mind warm. 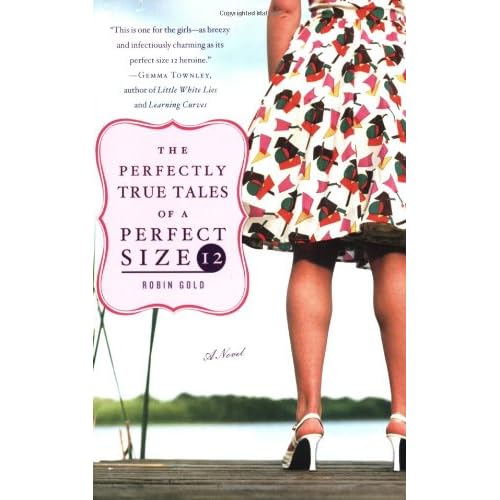 In the "Something New" catagory,we have a debut novel:The Perfectly True Tales of a Perfect Size 12 by Robin Gold. The story takes place during a Fourth of July weekend as Deliah White joins her friend Sofia for her family's annual celebration to unwind from the stress of competing for a top producer position on the popular show Domestic Bliss with archrival Margo Hart.

Unfortunately,Margo decides to accept Sofia's invite at the last minute and even tho a truce is declared,sneak attacks are launched against Deliah in more ways than one.One of those ways involves Jack,a cousin of Sofia's who has an eye for Deliah and their budding romances hits a few bumps,thanks to Margo. As the title indicates,Deliah is not a skinny minnie but she's not overconcerned with that fact and is even quite proud of it at times which is nicely refreshing. Perfectly True Tales is a perfectly charming read for any day of the year and hopefully we'll see more from Robin Gold very soon. 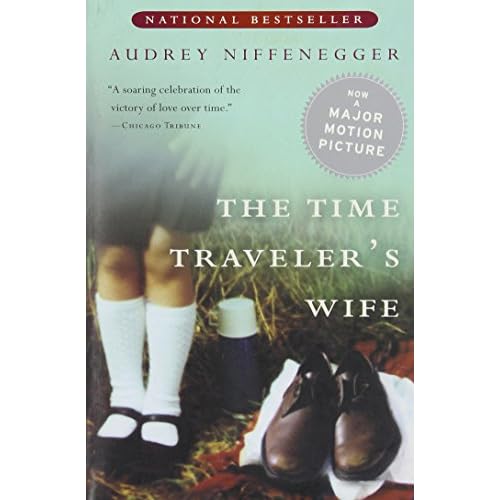 For "Something Old",The Time Traveler's Wife by Audrey Niffenegger is one book that I'm sure will be heralded as a classic someday. Thanks to Robin Brande's Tuesday Book Club,I have been rereading this delightfully bittersweet story of Henry DeTamble,who was born with the power to time travel within his own lifetime,and Clare Abshire,the girl he meets up with during his travels who becomes the love of his life.

This romance is indeed rocky;Henry has no control over his abilities,which occur spontaneously,and causes health/emotional probelms for Henry. The story is told in such a realistic way that you wouldn't be surprised if this was truly happening to someone,somewhere. A film version of TTW is being made as we speak but this is one book you'll want to read before the movie,to really enjoy it all the more.

Thanks to Booksfree,my "Something Borrowed" is "Angel With Attitude" by Michelle Rowen,which I devoured in one sitting. The angel of the title is Valerie Grace,who finds herself yanked out of Heaven and landing on earth in a very Darryl Hannah Splash style. She's determined to reclaim her ethereal home but the quest for a missing Key to Heaven that's fallen into very wrong hands,plus Nathaniel,a wickedly handsome Tempter Demon,on her heels,keep her hopping away from that goal.

Rowen peppers her tale with loads of fun characters like Reggie,a fellow whose jealous witch girlfriend turns him into a literal rat,a bratty little girl psychic and a friendly demon who writes romance novels for a living. Rowen's first book was Bitten and Smitten(which will have a sequel entitled Fanged and Fabulous out this summer)and ever since that book,I've added her to my list of paranormal writers to keep track of. AWA is one tasty truffle of a book that won't make you feel guilty for gulping it down with gusto. 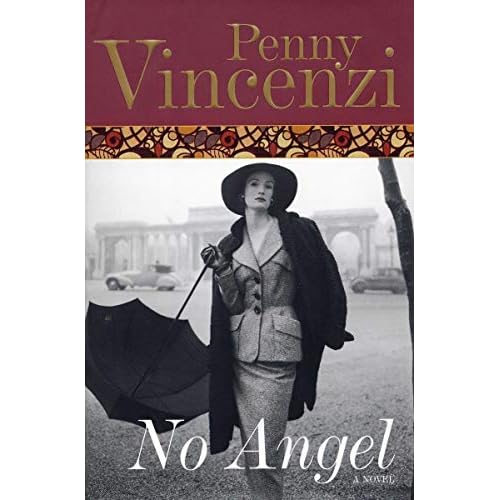 As for "Something Blue",well...we all have our own idea of what is sexy and I find old school sagas of strong women keeping family dynasties together rather steamy,in a Masterpiece Theater/Ugly Betty kind of way. Penny Vincenzi keeps this wonderful tradition alive and well,particularly in this first half of the Spoils of Time trilogy(yep,this is a trilogy,ladies-swooning starts now!). We start our story with Celia,who marries Olivier Lytton,a humble beginnings sort of man who creates a major publishing house in England that Celia eventually becomes a key player in.


There's plenty of romantic intrigue amongst the many characters in this soap opera setting but none of them come across as cardboard cutouts. You get just as involved with their comings and goings as you would any other multi-faceted and well plotted show on television. The other two books in this series(Something Dangerous,Into Temptation) are available in the US in paperback and other Vincenzi titles are arriving here as well,like Sheer Abandon due this May. If you're looking for a luxurious book to sink into,Penny has plenty for you to chose from.

Have a Happy Valentine's Day and whatever you're doing today,enjoy it to the fullest!
Posted by lady t at 11:11 AM

As you know, I loved The Time Traveler's Wife to death. Can't imagine the movie, but then I often think that when I hear my favorite novels are coming to the screen.