Are there are any real sisters out there in Pop Culture Land?

This week,Fox will be debuting a new female friendly show called The Return of Jezebel James,starring Parker Posey and Lauren Ambrose as estranged sisters who reunite so that the younger one can be the surrogate mother for her big sis. Despite the fact that Jezebel James is a new creation from Amy Sherman-Palladino & Daniel Palladino(and I am a current Gilmore Girls junkie),I have no desire to sit thru this sucker for one red hot minute.

Granted,part of that reason is due to the presence of Parker Posey,who is one of the most instantly irritating people on the planet,but my main objection to this show is the rather fake bond of sisterhood that emanates off the promos in overly perfumed waves of sitcom set-up. I find it hard to believe that these two ladies are sisters in any sense of the word. Not only is the get together gimmick for these characters a bit much(altho I do know that some folks do this kind of thing in real life)but the two of them act more like they've been thrown together on a blind date than meant to be siblings:

Snarky sisters are one of the biggest cliches in movies and TV,and while it is true that sisters do fight from time to time(I've had my share of bouts with my own little sister to earn a pair of Golden Gloves there),it's not as pervasive or as dramatic as most entertainment venues would have you think.

I can't totally blame writers or producers for jazzing up the feuding and the fussing that sisters fall prey to;after all,what's more amusing,a fight over who did the dishes the last time or a battle over the same man who both women claim as theirs? It certainly makes history lessons that much more fun,plus I find that it bugs my sister when I qoute from The Other Boleyn Girl-"We are sisters,and therefore,born to be rivals!":

My notions of sisterly behavior comes from more old fashioned sources;the biggest literary influence upon my life is Little Women,the still classic template for any story involving four gals facing life's challenges together(just think of The Golden Girls,Sex and the City or even The Facts of Life and tell me that the four main characters couldn't be easily categorized as a Jo,Meg,Beth or Amy).

There's a twenty year age difference between me and my sister but Little Women did make me long to have one around much sooner. I always wanted to be Jo,the tempestuous tomboy who longed to be a great writer but in truth,I'm more like Meg,the practical minded older sister who hesitates before taking a big chance. One thing about the March sisters that does ring true is their spirit of fun,especially when they're united on a good cause: 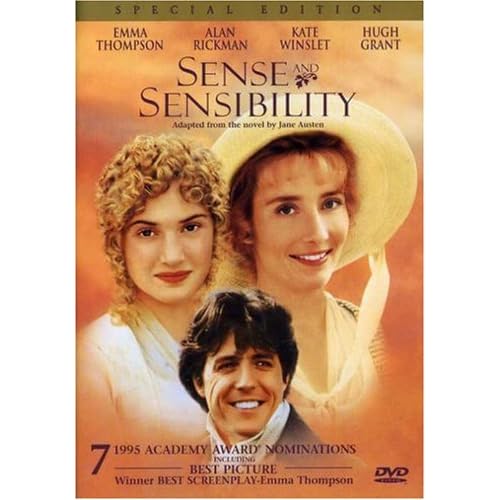 Also,when I was first getting into Jane Austen,Sense & Sensibility hit home with me on so many levels. Elinor Dashwood,the emotionally restrained older sister who puts her own heart aside out of respect for the promise that the man she loves gave to another long before the two of them met,I understood all too well. Marianne,the impulsively open with her feelings gal reminds me of my sister,who fortunately has had the good luck not to have had a Willoughby in her life.

While I look forward to the new miniseries version of S&S that is scheduled to be on PBS' Complete Jane Austen series, the 1995 film version directed by Ang Lee and adapted by Emma Thompson(who stars as Elinor)is a die hard favorite Austen movie of mine. Thompson's performance in particular,is most moving with her blend of duty and heartbreak when it comes to her own romance or helping her sister cope with the aftermath of her disastrous courtship with Willoughby: 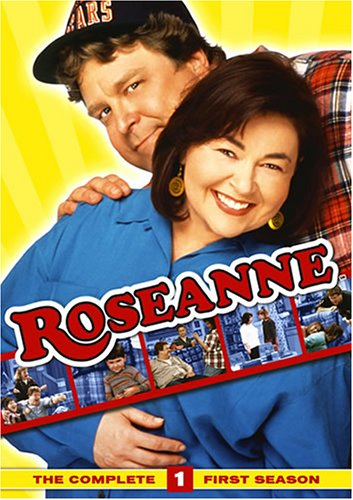 Out of all the more modern depictions of sisterhood,I would have to choose Roseanne as tops in showing what real relationships amongst sisters are like,both in the older and younger generations. Roseanne and Jackie's battles over life choices were well reflected in Becky and Darlene's bouts of sibling rivalry over the seasons.

Altho the show fell into serious waters amidst the laughs at times,one of it's strengths was the close knit bond between Roseanne and Jackie. Even when the later seasons of the show jumped the shark,you could always count on a good sister scene between the two of them:

So while The Return of Jezebel James may not herald the return of a good show about sisters,it's not a sign of total despair for the subject matter. Clearly,there is still some interest in seeing siblings bond for better or worse. Hopefully,we will get a worthwhile look at sisterhood someday soon. In the meantime,we can reminisce about some of our favorite pop culture sisters,like Wonder Woman and her sister Drusilla,aka Wonder Girl,who may not be entirely accurate to the source material but were a strong set of super siblings indeed: