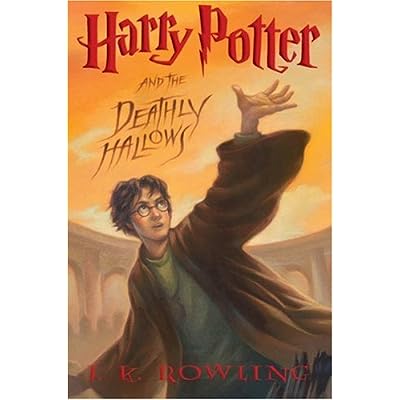 Just when you thought there wasn't anything to report about Harry Potter,a major announcement is made to stir up the fading fires from the final book. Plans are under way to have the film version of Harry Potter and the Deathly Hallows be split into two parts. 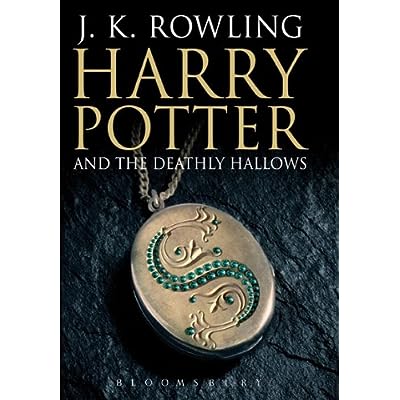 Part one is set to come out in the fall of 2010,with the second half due in 2011. Most of the actors have already committed themselves to these films and director David Yates(who was the helmsman for Harry Potter 5 and is currently working on the sixth movie,The Half Blood Prince)will be back as well. According to the producers,they spoke with J.K. Rowling and agreed that since there is so much going on in the Deathly Hallows,the only way to really do this justice was to break the story up into two parts.

I don't know what most of the fans will think but this sounds like a great idea to me. After all,it worked for the Matrix movies,so why not for Harry Potter? Also,with Deathly Hallows being the final book,more and more people will be eager to see certain scenes from the story onscreen and this way,everyone can get what they want.

When any book is adapted for film,most readers come to expect that changes are made in translation and if the film is good enough,you don't mind things like dialogue that was originally written as an inner monologue or minor characters either being combined into one person or left out entirely. Even the Potter movies have had to cut down on many of the favorite bits that fans of the books love,like songs from the Sorting Hat or Peeves,the mischievous poltergeist who torments the students of Hogwarts as they go from class to class. 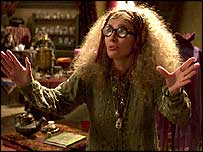 There was even talk of clipping some of Professor Trelawney's scenes from Harry Potter and the Prisoner of Azkaban but Rowling put her foot down on that,explaining the need for that character and her later importance to the plot. The house elf Kreacher was close to being clipped from Order of the Phoenix and once again,Rowling had to step in and save him from being eliminated. With Deathly Hallows being split in two,hopefully she won't have to swoop in to rescue her characters from the editing room floor.

Plus,we may get an unexpected bonus from two Deathly Hallows movies;even tho the films will be released separately,no doubt some enterprising multiplex theater owner will jump at the chance to show these films back-to-back at some point in the game.

Imagine,literally spending a whole day at the movies with Harry Potter. Despite the fact that a recent double feature like Grindhouse didn't rake in the big bucks at the box office,this could be a real money maker.

Harry Potter crosses over to more mainstream audiences as well as attracts folks who have never read any of the books that the movies are based on. If marketed right, this double feature idea could be seen as the ultimate in quality family time. Double features are classic staples of the movie going experience in America that has not completely faded away,with TV and video rentals making that pleasure much less expensive and easier to enjoy from the comfort of your couch. Harry Potter could change all of that-hey,if kids are that damn determined to see Hannah Montana in concert so much that the movie version of her tour gets an extended stay in theaters,I think that Deathly Hallows could have people camping out at the local multiplex to have a Harry Potter Weekend.

So,let us raise a glass of pumpkin juice in celebration of what's to come,for Potter fans everywhere. And while we wait,here are a few tributes to the double feature phenomenon:

ONLY AT THE GRINDHOUSE!

AND NOW SOMETHING FOR THE KIDS

I am happy to hear that it will be a two parter...

although I have to TOTALLY disagree with you regarding the Matrix.... number 2 was okay - ending sucked because 3 didn't explain anything.... they should have just left well enough alone IMHO

I'll take your word for it regarding the Matrix movies,since I didn't see either part two or three(was going thru some family stuff at the time so watching those movies became a zero priority)-I was mainly comparing them in terms of the back-to-back release schedule that they had.

Now,the Deathly Hallows double feature should be a blast and hopefully,leave no one in a confused state afterwards.