Having just hit the "big 4-0",it is safe to say that I am not in the age range of your typical Miley Cyrus,aka "Hannah Montana" fan,nor am I the parent of one. However,I've been around the teen star circuit in my time and have this to say about Miley's current controversial photo portrait in Vanity Fair:

You all seriously need to mellow out,bigtime.

I know that Miley has to had to apologize in public,which is ridiculous but apparently is enough to appease the overlords at Disney into supporting her,in hopes that she is not dethroned as their reigning Queen of the Cash Coffers.

But,what does she really have to be sorry about? Her family was present during the photo session(some of the pictures were with her dad),the picture in question only shows her bare back,and it's obvious from just looking at it that the photo was meant to be an artistic expression,not some sleazy To Catch a Predator girlie pic.

It's also obvious that Miley and her managers were testing the waters here,to begin her career crossover into a bigger arena that would allow her to have just as successful a run in show business as an adult.

After all,the Hannah Montana well is due to dry up all too soon and instead of scrambling about for a spot when the drought hits,Miley intends to start pitching her tent on higher ground. Good for her,that's what she should be doing if she's serious about having a long term career as an entertainer.

Also,her family should be commended for keeping her on the right track and trying to steer her in the proper direction(her father,Billy Ray,knows about the pitfalls of fame all too well). Consider this;this photo shoot was for Vanity Fair,not Maxim or Stuff or FHM. Heck,it's not even a cover spread(the issue has Robert Kennedy on the cover),people! Sounds like Miley's group was aiming for some subtle maturity there.

I think it's about time that folks let childhood and teen icons grow up at the right pace for them,not insist on the starlet staying in a playpen that they've outgrown just so that they don't have to face their own advancing march of the ages(or that of their own offspring).

Also,a few months ago,there was a flap over the Hannah Montana movie because some mom in the audience was upset that Miley wasn't wearing her seatbelt in one scene where her father was driving the car. Why are we making one teenage girl be the moral arbiter for an entire generation? Do you really believe that kids are such cultural lemmings that they will blindly imitate any action by a celebrity?

Yes,I am in favor of folks wearing seatbelts but that's not the point. The point is that by insisting on Miley maintaining a super squeaky clean image only sets up the possible surge into a life beyond the Disney Channel via embracing the complete and total opposite persona,which usually leads into a major meltdown before she hits thirty.

Have we learned nothing from Britney Spears's self destructive swan dive(she started out as a Disney darling,remember?)or Lindsey Lohan's myriad mess-ups that have made her a movie liability instead of an asset? These are just recent examples,there are whole case files on the number of childhood/teen celebs who have crashed and burned to have their own specialized cable channel.

So,let us save the moral wrath and outrage for a more appropriate target in the distant future,shall we? Give the poor girl a break and stop with the freak out already.

Miley is going to become a woman,regardless of what anyone says or does,and the healthiest thing to do for both her and her fanbase is to allow that to happen in a emotionally secure and encouraging environment. Hard to do under a media spotlight,but wouldn't it be nice to have one "Where Are They Now" episode about a teen star that doesn't have the inevitable slide into drugs/alcohol/abusive romantic relationships that ends in a string of violent and messy divorces? That alone would be a big achievement for the next generation of pop starlets to strive for.

Lady T and the other well wishers on the sidelines

P.S. Best of luck to you,Miley and Billy Ray,keep on truckin'
Posted by lady t at 10:47 AM 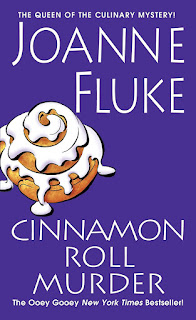