The Philosopher's Apprentice gives you plenty to ponder

In James Morrow's new novel,The Philosopher's Apprentice, our narrator is Mason Ambrose,a young philosophy graduate student who is on the verge of having his thesis,Ethics From The Earth,approved by his peers but yet at the last moment refuses to accept any accreditation from them.

Part of the reason for this seemingly self destructive act of folly is Mason's own restless nature,which he attributes to a rather unique influence on his life. His role model in life is Sinhue,the title character in the 1954 film,The Egyptian,(based on a novel by Mika Waltari). Sinhue's eternal question,"Why?" drives Mason into stepping off the beaten path and that leads him down a most unexpected road,to say the very least:

Mason is offered an unusual teaching position by noted geneticist Edwina Sabacthani,to live on her secluded island and help her teen aged daughter Londa regain her sense of morality. According to Edwina,Londa is suffering from severe memory loss due to a swimming accident which has left the girl particularly a blank slate when it comes to functional notions of right and wrong.

At first,Mason is intrigued enough with Londa and her amazing intellect to go along with this plan but soon enough,her discovers the real truth of what's going on. It turns out that Londa is one of three clones of Edwina herself,meant to give the dying doctor a taste of motherhood by creating one daughter at three different age levels who have been raised separately from each other and given their own special tutors to help their shared lack of a moral compass problem. 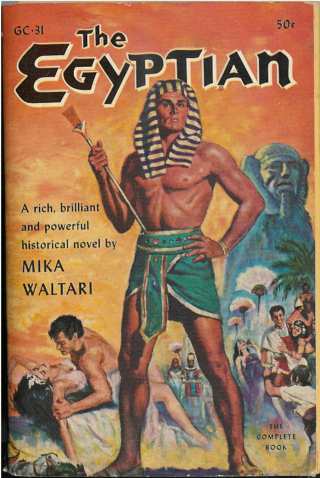 Mason and his fellow tutors are appalled at this situation but out of their mutual care and concern for the girls,agree to go on with this deception as long as possible. Once the cat is out of the bag,however,things don't end right then and there. While the younger girls are kept connected to their teachers,Mason uses this opportunity to severe ties with Londa as much as he can.

Part of the motivation for that is the strong attraction that springs up between the two of them,which Londa acts upon first but is politely rebuffed. Mason starts up a whole new life without dealing with Londa but she's never far from his thoughts. His fascination with her intense nature and beauty haunts him,despite marrying someone else:

Londa and Mason's paths do cross again,when Mason and his new wife become the first of many victims to be terrorized by genetic creations made by religious zealots who have co-opted the technology that Edwina used to make her "daughters". Londa has, by this time, become a cultural icon of sorts who tries to use her genius to create solutions for mankind and has even built her own city of wonders,Themisopolis.

Mason seeks Londa's help,since they both share the same enemies. Londa is glad to have Mason back in her life but their reunion doesn't prevent this new threat from attacking Themisopolis or driving Londa towards taking her own extreme measures to force a change of heart upon the world and those who run it,whether they like it or not:

Morrow has a good number of controversial ideas and concepts in this story,along with plenty of literary and pop culture influences as well(Frankenstein is openly invoked and you can feel the vibes from Pygmalion and The Island of Dr. Moreau as you turn the pages)and he pays his readers the ultimate compliment of not dictating to them what he or she should make of this fine mess the characters have gotten themselves into.

Instead,Morrow not only entertains but challenges you to think a little more deeply about how philosophy and it's various teachings can be applied to the real world and should they be in the first place. The plot twists and turns may feel a tad overdone at times but the tone of the whole book,in my opinion,takes it's cues from The Egyptian with it's old school operatic themes and thought provoking intentions.

The Philosopher's Apprentice is a bizarrely brilliant bouillabaisse of a book that may not delight every reader but will give those who give it a fair chance a banquet of food for thought. This is not James Morrow's first book but it will not be the last one of his that I intend to read: