First off,congrats on the new Indy Jones flick-while I didn't see it myself,it does look as if Kingdom of the Crystal Skull is a decent entry in the series. Usually by the time someone makes Hit Movie Part Four,it's the beginning of the end of any quality that the original film had from the start.

Speaking of quality,I've heard that you and Kathleen Kennedy intend to make The Talisman as a mini-series for TNT that's due to air sometime in 2009. Glad to hear that the book may finally get it's due on film but if you're in search of a good director for this project(or not thrilled with whoever is attached to it now),you need to watch a couple of clips. A Canadian fellow by the name of Matthieu Ratthe has recently placed a demo video of one of the scenes from the book(which I believed he personally financed himself)on YouTube,which is making the rounds with those of us who like the book and film fans in general.

Ratthe made this demo as an audition tape for you and Ms. Kennedy to give him a shot at directing the film adaptation and as you can see in the clip,it's very professional looking and showcases his deft hand at sustaining suspense. Don't just take my word for it,please watch this for yourself:

Ratthe also has another short film online,called Lovefield. I won't give anything away except to say that things aren't always what they seem: 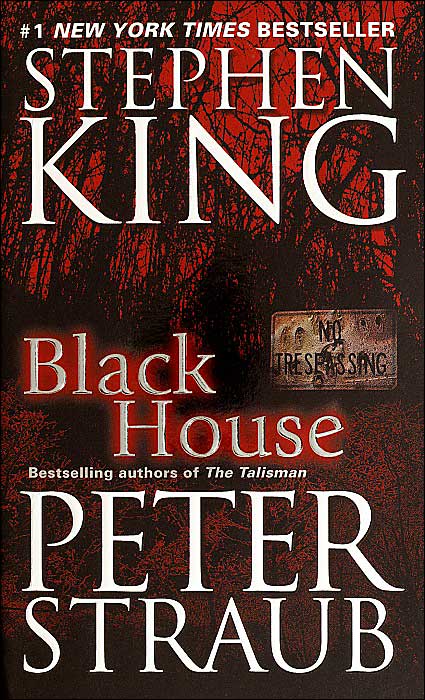 Now,Steven,you've owned the rights to The Talisman for about twenty five years(long enough time that Stephen King and Peter Straub have written and published a sequel to it several years ago)and making it into a miniseries is a fine idea.

TNT did very well with Nightmares and Dreamscapes(their Salem's Lot remake had a few good moments but still didn't do the source material justice,in my opinion)and this could be an excellent entertainment for both fans of the book and the regular TV watcher who would be pleasantly surprised to find a cool fantasy epic that they don't have to truck out to the multiplex for or figure out a bunch of overly elaborate mythology to enjoy.

It's clear as crystal that Matthieu Ratthe is dedicated to making The Talisman into a good film and I sincerely believe that you should give him the chance to do so. Either hook him up with the folks at TNT for the miniseries or,if that project is a bust(I know that it's been delayed more than once due to budget and other problems),then just sell him the rights to it for a dollar and help him get some independent financing for it.

Not only would it be the right thing to do and a great way to be seen as someone who's willing to give a fellow filmmaker a break, you could really re-establish your street cred with the folks as well. To tell the truth and shame the devil,plenty of people out there see you and your good buddy George Lucas as a couple of corporate fat cats selling out your original visions with pointless technical tinkering of your older films for quick cash via re-releases. By helping Matthieu Ratthe out,you could put all of that behind you:


Or,if you don't give a damn about those guys say,just think back to your early days as a struggling film maker and then as a starting to be successful one. Ratthe seems to share your love of film and was perhaps influenced by some of your movies. The both of you also appear to have a burning need to make films with heart and a sense of wonder,which is a rare commodity these days. Wouldn't you like to be the one who gets to introduce the next great cinematic talent to the world? Audiences would really appreciate such generosity and respect your body of work even more for it:

So,Steve,think it over and please,please give Matthieu Ratthe his golden ticket to Hollywood. After all,you can't really be considered a master of your craft if you don't accept any apprentices to mentor.

Lady T and the rest of the red hot cinema lovers

p.s. Thanks for bringing Karen Allen back as Marion Ravenwood,it's the one thing that makes me want to check out Indiana Jones & KOTCS(plus,it makes up for casting Shia Lebouf,seriously).
Posted by lady t at 11:49 AM

I loved this book and Black House too! It's certainly time for another minseries.