I was able to catch up with the first episode of Shear Genius' second season and was pretty impressed by the challenges the stylists faced. Cutting hair while blindfolded is a scary proposition for both them and the clients! I did adore the cartoon hair Elimination challenge,especially since one of the cartoon gals in question was Betty Boop,my mom's favorite.

I was glad to see Oshun go,since his main talents seemed to be bragging about being an Emmy nominee and saying lame lines like"I'm Oshun and I'm deep!" Yeah,about as deep as a kiddie wading pool there,buddy. Plus,his version of Lucy Van Pelt's hair was terrible and not flattering to his model's face. I knew that he was clueless when he said during the Judging that Lucy was "delicate". Uh,have you never read Peanuts in your life or at least watch one of the specials on TV? Lucy is the complete opposite of delicate,dude!

Anyway,on to episode two,which had a very special guest judge-Tabatha,from Season one. She was my favorite stylist(and the fan favorite as well)and the bitchiest to boot. She started off strong by judging the Shortcut Challenge,which was to give a client a short and sassy haircut. Nekisa gave Tabatha some sass,as Tabatha looked over her bleached blonde client's hair and asked if she tried to combine the damaged parts(from previous overbleaching)with the healthy and Nekisa replied,"I didn't try,I did!"

That response didn't impress Tabatha,who gave the win to Charlie for his Mia Farrow inspired cut for his client that looked lovely and showcased the nice butterfly tattoo on the back of her neck. Charlie received an advantage for the Elimination challenge as his reward which was to switch clients after everyone had made their selection. The model clients were The Real Housewives of Orange County(and their daughters),which thrilled most of the stylists but made Charlie nervous since he had talked smack about them somewhere.

He didn't have to worry;his switched model was one of the daughters and he gave her a very chic cut with great bangs(Tabatha thought the bangs were a little too long but I think they worked on her)and won the Elim,two for two on one episode,sweet!

Parker,who had given his last model a charming Betty Boop look last week,wound up being sent home this time for making his model look like Morticia Addams(and not in a sexy Anjelica Huston way either). I've never watched any of the Real Housewives shows but I did feel bad for a lot of the stylists here. A good number of the Orange County ladies wouldn't allow anything major to be done with their dos and they really could've used a few touch ups,believe you me!

Hell's Kitchen started off their finale by having Christina and Petrozza start to make their plans to turn their side of HK into a mini version of their ideal restaurant. Christina appeared to be overly confident in her menu and her choices for the interior design and uniforms for her wait staff(don't think John Phillippe approves of her all black attire idea)while Petrozza seemed to be dazzled by the whole process:

Christina's confidence was put in check during her and Petrozza's road trip to NYC(as a neat way to get the two of them out of the way during the heavy lifting portion of the HK makeover)when her signature dish went up against his,for a special advantage as the prize. The dishes were judged by five of Ramsey's executive chefs from his restaurants both overseas and in the States. Petrozza didn't use a pumpkin,alas,but he did make onion paintbrushes for that extra touch of whimsy:

Petrozza finally won a challenge(and got to meet Whoopi Goldberg,who I can totally see digging this show)and was given first pick of former fellow chefs to work with. Christina wasn't thrilled about that or having stripes in her dining room. I don't know what her problem was,she picked stripes in the first place and they looked nice to me. The tough part was having both Jen and Matt as the final picks for the kitchen crew. I pity anyone who has to deal with Jen,who is out to screw over who ever is running the team she's on. Nice,Jen-way to not be a sore loser!:

Design Star had their "design your own white space" challenge this week and the theme was international inspiration. Stephanie took a chance on her outdoor Mexican resort style while Tracee's vision of Italy was mainly a disaster of epic proportions. The cramped look of the gondola bed,the berry colored walls with the painted on chandelier that had glass beads pasted on it...too sad for words.

I loved what Jennifer did with her Italian room,by painting the walls in a gorgeous buttery yellow with pottery designs. Trish's take on Mexico was okay but a little generic. Jennifer did accidentally knock over some of Trish's glass votives(why she had those things on the floor in the first place is beyond me)but I don't think that even if Trish had all of the candle holders that she intended to use that it would have made a major difference.

Michael was sent home,for his Spain/Barcelona nightclub room that didn't look very Spanish or set in Barcelona. Since he was given free reign to pick any country as his theme,I think the judges were a bit harder on him for that. Tracee's room was much more hideous,in my opinion:(sorry for the sound going out on this recap video but it's something YouTube or HGTV needs to fix,not me!):

THE NEXT FOOD NETWORK STAR:

Jennifer's performance grew worse this week,as her food description video showed her lack of food knowledge and the Elimination challenge with Lisa to make a easier version of turducken had her screwing up left and right.

Jennifer went home while Shane and Kelsey did well together with their "No Nightmare" recipe for beef Wellington that will be in the August edition of Bon Appetit magazine-very nice,guys! Shane did really well during his food description video,too-the kid's a real contender: 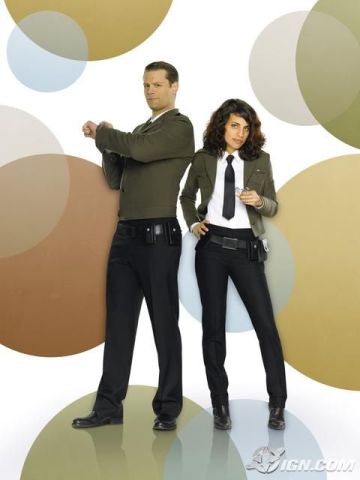 THE MIDDLEMAN: I've watched three episodes of this new ABC Family series and it's pretty cute. Not as edgy as it would be on another network perhaps,but The Middle Man does a nice balancing act between psuedo-serious and tongue in cheek fun.

This week's episode had a interesting crossover,as the Chairman from Iron Chef America played a famed kung fu master sent to train Wendy in marital arts who was also the target of a vendetta by a clan of lucha libre wrestlers. Weirdly amusing to say the least:

I'll be taking the Fourth of July off,so have a good Independence Day,folks. Here's a little song to keeping your toes tapping during the fireworks this weekend(not a family friendly video to some,you have been warned):