So,you kissed a girl-so what? 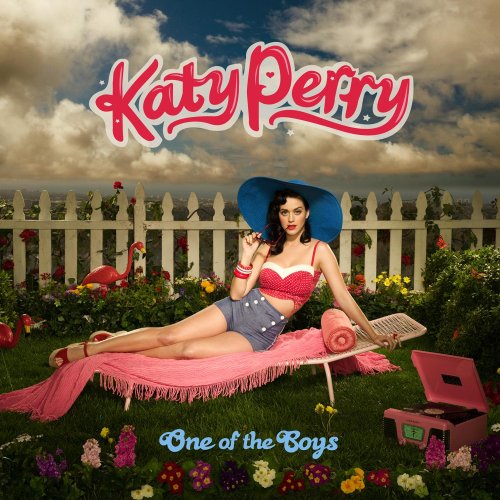 This summer's big song is also the most controversial of the moment;Katy Perry's "I Kissed a Girl(and I Liked It)". Folks on both side of the argument are freaking out about this,but frankly my dear,I am so not impressed with this.

For one,this is not the first song about girls smooching. Jill Sobule released her tune called "I Kissed A Girl" in the mid-1990s,which was a sweet folksy little number.

The Katy Perry song shares a title with Sobule's but their approaches to the concept are as different as apples and dump trucks. Perry's song is clearly meant to be the typical male orientated fantasy about women hooking up,complete with the whole romping around in fancy lingerie and pillow fights deal(I'm surprised that they didn't throw in a Catholic school girl outfit for good measure):

The Sobule song is more of a lesbian love song,done with subtlety and humor. The 1950's look and feel of the video is charming(almost a precursor to Julianne Moore's subplot in The Hours)and it's the more sincerely romantic of the two tunes: I also recall the fuss made when t.A.T.u came out with "All The Thing She Said" back in 2002. That song took off like a runaway freight train and played over the place.

It was even the theme song of WWE's bad girl of the moment,Victoria(one of my dad's favorites to watch)and also the background music for the Birds of Prey big showdown sequence in the finale. It's still a catchy little number that will cement the group's place in the One Hit Wonders Hall of Fame for decades to come: My whole point is that if you're looking to shock,you need to do it with style and soul. That is the reason Prince's best songs are his sexy ones.

He puts forth a real effort into making those suggestive little ditties come to life and you can feel the passionate delight he has while performing them. It's not just a slick artifice pandering to the lowest common denominator(well,maybe a little bit at times)and at least Prince earns his controversies with some originality: In the end,Katy Perry's ode to lady lip locks will wind up another flash in the pop music pan,right along side Kellis and her Milkshake,with Lil Mama's Lip Gloss tucked neatly away as well.

A suggestion for those wanting to make the world stand up and pay attention to their sexy singing;pick a song that lets the listener paint a word picture and engages more than just their hormones. For your homework,go over the lyrics of Sheena Easton's "Sugar Walls" and watch her performance in the video. You don't need to jiggle when you've got the words to wiggle:

Can you believe that I heard this while at McDonald's yesterday? The little girl at the next table started humming along lol but I agree it's not very good.

The other Kissed a Girl was more funny than anything. Yeah I contributed to the t.A.T.u madness too. Never seen Birds of Prey before but I love that dude that plays Morgan on Criminal Minds!

I still recall the days when little girls were singing the Thong song on the way to school..those were the days:)

Wow,didn't realize that guy was now on Criminal Minds(my mom watches that show more than I do)-glad he's doing well there!