Will moviegoers be entranced by Twilight?

We're only a few days away from the release of Twilight,the first book of Stephenie Meyer's sweetly romantic vampire saga,into multiplexes everywhere and already the joint is jumping.

Online advance ticket sales are going thru the roof,but I'm sure that there will be some seats left on opening day for those bearing the almighty dollar at the box office.

Leading man Rob Pattinson has been doing a promo tour for the movie at Hot Topic stores in malls around the country with dozens of screaming girls(plus a few grown-up gals)in attendance and the official movie soundtrack is number one on the Billboard charts,which is pretty amazing for a tie-in album to do before the actual film opens up. 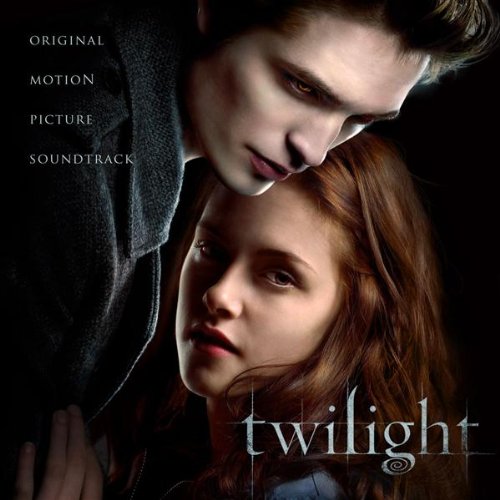 The buzz is great,and if the movie does well,it could be the starting off point for many folks involved in this project to launch their careers.

The band Paramore has two songs on the soundtrack,"I Caught Myself" and "Decode",with the latter tune having the first music/movie themed video. Rob Pattinson also contributed a song to the album and while I sincerely hope that it's not along the lines of Patrick Swayze's "She's Like the Wind",Paramore looks like they're the ones primed to make their musical bones here: As much as I am thrilled to see Twilight get all of the media and fan love at the moment,concerns about the affects of over hype are hanging about my head like a cloud of doom.

Massive PR is a double edged sword and while it was merely the cherry on top of the summer blockbuster sundae known as The Dark Knight,for Twilight,the chances are fairly even that it may be the kiss of death.

Fans of the books were strongly divided over the controversial fourth book,Breaking Dawn,this past August and there have been a few grumblings about the casting of Pattinson as Edward(some of which is due to him having been in the fourth Harry Potter movie. People,his character died in that film,okay? There's no conflict of interest here,seriously!).

Let me just say this to the already Twilight converted: please resist the temptation to nitpick over every single detail of the movie that may not be exactly as it is from the book. I've done this myself over the years and all it winds up doing is depriving you of the pleasures of seeing your favorite fictional fantasy come to life onscreen.

Yes,there will be some differences and all of the actors may not physically resemble the characters as written and/or imagined. Focus on the good parts of the movie and keep in mind that changes from book to screen are inevitable. As long the main point of the story comes across,that's what truly matters.

Also keep in mind that Stephenie Meyer is happy with the film version. Like J.K. Rowling before her,Meyer has been directly consulted and pretty hands on with the movie. Her feedback and good will about the adaptation is a strong sign of confidence and reassurance that this will be worth the time and money that movie fans are being asked for.

Even if the film does well,I hope that it speaks not only to the fans but to others as well. Gaining a few new readers would be nice and the exchange of positive vibes amongst vampire lovers of all ages is a sweet perk,too.

I will be checking out Twilight this weekend and sharing my thoughts while crossing my fingers that the glory of the story translates well into film. After all,intense fan love like this doesn't just simply pop into the culture out of the blue without some solidly structured storytelling to hold it up: