Are werewolves on the verge of a pop culture comeback?

I've heard some buzz from various places online that 2009 is destined to be a big year for the werewolf. Part of that is due to a remake of the classic horror flick The Wolf Man(coming out in November)starring Benecio Del Toro as the lycan infected leading man.


Others feel that with the economic chaos going on at the moment,werewolves might fit the bill more suitably than vampires as a fantasy release mechanism for the times. Vampires,they argue,are usually metaphors for the upper class elitist sections of society while werewolves are generally working class types who give a whole new meaning to the phrase,"Eat the rich." There is some merit to that,but not much.

While the basic pop culture origin myths do have vampires as wealthy aristocrats and werewolves as blue collar victims of a gypsy curse,plenty of shifts in the story telling mode of both legends has had them both exchange social class status over the years.

We've seen down home vampires in books,movies and TV shows like True Blood and there have been well off werewolves as well,such as in Jack Nicholson's Wolf back in 1994(in fact,the original Wolf Man,Larry Talbot,was the son of a noble man). Stereotypes are not set in stone,especially when it comes to the fantasy field. Werewolves have never really gone away;they've made their presence known even in vampire themed media such as Buffy,the works of Laurell K. Hamilton and the Twilight series. The next couple of Twilight movies will have wolfen a-plenty,starting with New Moon,which sets off the now typical paranormal romance dilemma of "which man is best for me-vampire or werewolf?"

Most of the books tend to tip the scales towards the vamps,but lycan lovers should not despair-all it takes is one good and sizzling solid portrayal of a werewolf hero to swing the votes around. Interesting enough,the literary world is more diverse and way more flexible when it comes to showcasing werewolves in a stronger light. 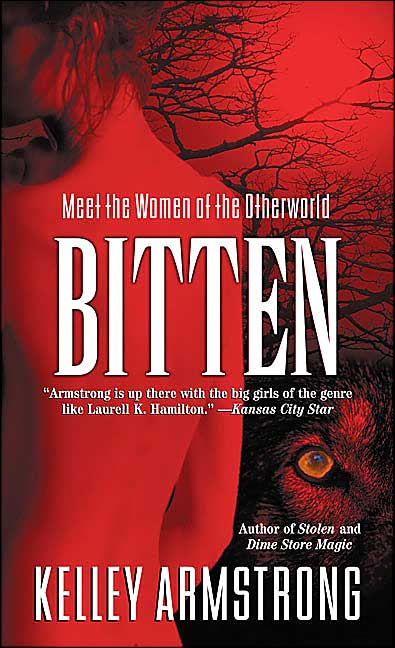 For one thing,there are a number of werewolf women series that have strong female characters taking charge of their power and their lives. Kelley Armstrong is one of the better known authors of this genre switch,starting with Bitten(she has other books with non weres as the focus but still kick ass supernatural gals)and others have followed her lead such as Keri Arthur and Carrie Vaughn.

Also,a number of series have had other types of were beings-rats,tigers and bears,for example-who sometimes team up to defeat themselves from humans or other occult menaces but they usually stay with their own kind and shun outsiders. The movie world hasn't really caught up with these newer developments,sticking to the classic men-to-wolves routine.

The movies tend to focus more on the special effects tricks they can use to visually create a werewolf transformation rather than attempt to develop the character so that the audience will relate to the were as more than a scary prop.

Some films have tried to do more than just make a werewolf monster movie,with varying results but none that have really caught on in a big way. Perhaps that may change,either with New Moon or on the next season of True Blood.

I do think that it is high time that we had a mainstream werewomen movie(Ginger Snaps,notwithstanding)and while there is talk of werewoman TV show on Fox,I don't have much hope in it since the title of the series is "Bitches" and is being touted as "Sex and the City with werewolves."

So,will werewolves take over the horror/fantasy playing field this year? Maybe,but as LL Cool J would say,"Don't call it a comeback." Weres are persistent creatures and as constant as the phases of the moon. With some imagination and a little risk taking,they have a real shot at making a big splash in the pop culture pond.

I also believe that vampires will be right along side them,hopefully in more than an adversary role. In my opinion,vampires and werewolves are like peanut butter and jelly,two different tastes that work well together on the monster sandwich.

Then again,Hollywood does love cool fight scenes so most likely the war between vamps and weres will still be waged onscreen for some time to come: