The Little Sleep is a dazzling dream of a detective novel 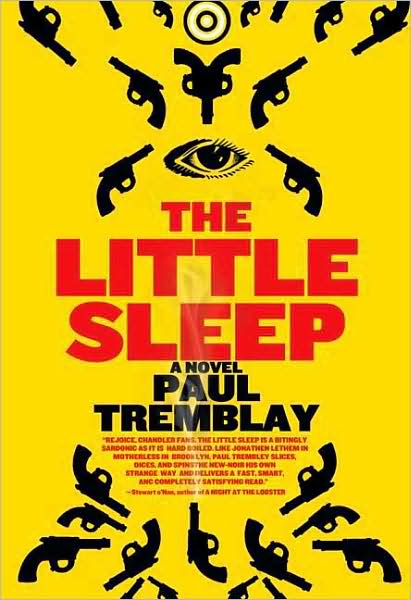 Mark Genevich is not your average PI;the concentration skills he needs for this job are tested on a daily basis due to his narcolepsy.

Mark developed this illness after a car crash which also left him with some lingering physical and facial damage as well and he has the most severe symptoms of this infliction,including waking hallucinations and bouts of total paralysis.

The majority of the cases that he takes on at his South Boston office don't involve much legwork but when Jennifer Times walks in to ask him who stole her fingertips,Mark has to find some get up and go. Jennifer is a local celebrity,a contestant on a major televised singing competition called American Star,plus her daddy is the District Attorney.

While Jennifer's finger snatching is a figment of Mark's imagination,she is at the heart of a mystery that has a quite few odd clues. A set of old photographs of a partially naked girl who resembles Jennifer appear on Mark's desk with some strange notes that he took during a consultation that he doesn't remember. Mark tries to contact Jennifer,thinking that she's the one who left the pics but she claims to have no idea what he's talking about:

As Mark tries to figure out what is really going on,in between his "little sleeps" and intensive hallucinations,more facts keep slipping in thru the cracks.

Turns out that Mark's late father was an old childhood friend of DA Times and that,along with another pal of theirs,may have a secret from their past which threatens to come alive. Perhaps as a blackmail attempt aimed at Jennifer's new found fame or something even more sinisterly strange and sad. 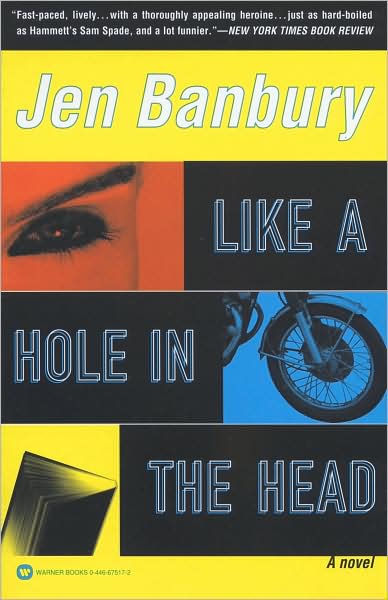 The Little Sleep is a first novel by Paul Tremblay,whose words snap,crackle and pop across the pages. He brings a touch of old school noir to his characters while keeping up some modern sensibilities and sharp bits of dialogue flavored with snappy verbal zest.

This nifty little noir brought to mind a book that I read long ago that was just as smartly stimulating,Jen Banbury's Like A Hole In The Head.

Both stories paid homage to the classic 1940's take on the genre(Banbury's leading character was more of a James. M. Cain character,a regular gal trying to finagle her way to an easy score and getting in way over her head)while making their own unique marks upon the literary scene.

Unlike Banbury,however,The Little Sleep is not a one shot deal. Tremblay is planning on another book featuring Mark Genevich,which I am looking forward to. Mark's droll sense of humor and unassuming cleverness give him a cooler than Columbo edge,plus his struggles with memory and time bring a solidifying urgency to his inner and outer plights with life:

The Little Sleep is available in paperback,that will make it less harder for an economically anxious reader to hold off on giving it a try. It's a fast paced and at times,fiercely funny trip down the rabbit hole. Hopefully,more good reviews will help to place this book in more hands and wind up being positive enough to place on the author's fridge to encourage him to give us more:

Well that sounds neat. Have I mentioned that I adore how you do reviews?!