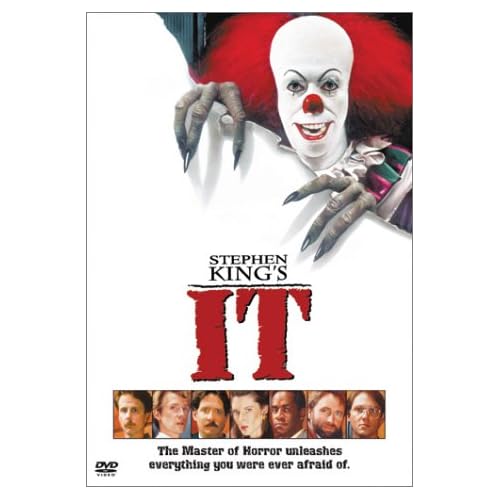 The trend towards remakes in Hollywood takes an interesting turn,as plans are in the works to make a theatrical film version of Stephen King's IT,which was originally a TV miniseries back in the 1990s. We've seen TV shows made into major league movies before, but I think this is the first time a made for television film was given the silver screen do over.

I remember when the miniseries first came on the air and was frankly surprised that ABC would even try to make this story suitable for television. If you think Watchmen was hard to adapt,imagine putting on prime time TV a terror tale about a monster that feeds on children and loves to impersonate a clown-that goes really well with McDonald's commercials! 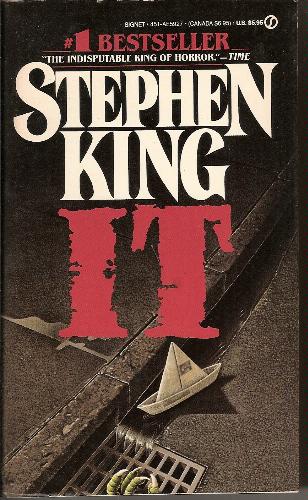 The book is also an epic sized read,slightly less longer than The Stand,and filled with many details both great and small that even a twelve hour miniseries couldn't completely capture(the ABC mini was only a little over three hours).

The mini received mixed reactions(especially in my house,with me trying to explain to my dad and brother how the ending was much cooler in the book)but everyone agreed that the best thing about the film was the casting of Tim Curry as Pennywise,the evil clown persona that the monster favored as it's public face.

For those of you who don't know the plot,I'll give you a brief rundown. The story begins in the small town of Derry,Maine in 1958 as a group of pre-teens discover that the number of missing and murdered kids in the area is due to the presence of an ancient being who rises up every twenty eight years to feed.

Fear is what the monster truly craves and since children are easier to scare(plus,their fears are far less complicated than adults),those are Pennywise's preferred prey. The seven outsider kids form "the Loser's Club" and band together to destroy IT once and for all:

The kids manage to defeat Pennywise but their victory is short lived;another twenty eight years go by and Pennywise is back on the scene. The surviving members of the Loser's Club return to Derry to finish what they started but not without some fight from their old nemesis: I'm of two minds about this intended remake;on the one hand,it might actually do what most new versions of previously adapted from other media films are meant to achieve-give the proper respect to the source material and feature the highlights of the story in the best way possible.

On the other side of the coin, big screen treatment is no guarantee of quality. Stephen King fans can count the many ways that Hollywood has not done right by his works but to keep things simple,I'll just refer to Dreamcatcher.

The film came out in 2003,with a screenplay written by William Goldman and Lawrence Kasdan(who also directed the movie)and had some reputable actors in the cast which included Morgan Freeman,Jason Lee and Timothy Olyphant.

Regardless of all that,the movie was considered a train wreck by both audiences and critics alike. Some even find it to be bad on a mock worthy Mystery Science Theater 3000 level. So,even with the best special effects around and a stellar cast,Stephen King's IT could have not only a so-so miniseries but a box office bomb of a major motion picture on it's resume as well. 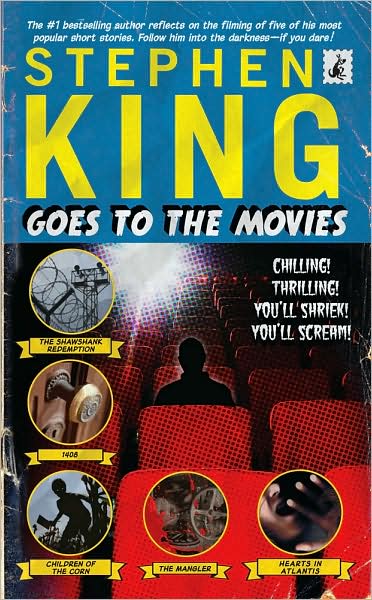 If there is any author who can handle another remake of his work,it's Stephen King. The man has dealt with the good,the bad and the downright pitiful(a couple of times at his own hands)cinematic representations of his books and short stories over the decades.

At this stage in the game,I'm sure that King is not particularly worried about this new take on IT and perhaps I should feel the same way. The new version might be worth watching for either a great scary time at the movies or another bad idea made larger than life. Hey,at the very least,it might help Stephen King get that star on the Hollywood Walk of Fame that he wants,so let's keep an open mind on IT for now:

I can't even watch clips of this movie as it STILL gives me the creeps! Why mess with an almost perfect film? Why don't they take some of Stephen King's lesser films like as you said, Dreamcatcher and fix them? Wonder if they'll get Tim Curry to play the clown again? Doubt anyone could play him better!

Having Tim Curry in the new version would be cool(even if he didn't want to reprise his role as Pennywise). I do wish Hollywood would try to fix a flop just once. Imagine a better Howard The Duck,for example:)