Some pop culture sweets for these sour times 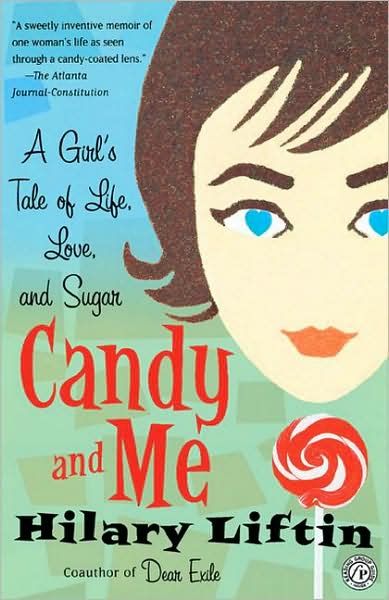 While I was reading the newspaper this morning(the online edition),I came across an interesting little article about an inexpensive way of coping with the increasing amount of ill tidings we've been dealing with lately.

Seems that candy sales have soared in these hard times with folks turning to low cost old school treats such as Gummy Bears,Tootsie Rolls and Hershey's Kisses. Having a bit of a sweet tooth myself,the need for sugary goodness to smooth a few of the worries away is completely understandable and gives me an idea for a fun topic today,a form of brain candy if you will.

Here for the tasting are some clips from the pop culture sections of candy land,a mixed batch of sweet,scary,soulful and silly rushes of sugary delight. A little something for everyone,I hope:

One of the funniest episodes of Buffy the Vampire Slayer was "Band Candy",where the evil menace came in the mostly harmless form of enchanted chocolate bars to be sold by Sunnydale High students to raise money for the band. As it usually is with fund raising candies,all of the parents brought and ate the chocolates which reverted all of the adults in town to their former teenage selves,a humorously horrifying eye opener for Buffy and friends:

A DESSERT TO NOT DIE FOR

Some sweets are simply not appealing to all tastes,like licorice,violet gum or marzipan(which my sister likes,for some strange reason). Once on Gilmore Girls,Richard and Emily gleefully offered Lorelai and Rory specially made pieces of marizpan from Switzerland for dessert,which they considered to be better than chocolate. The girls,however,found it to be nothing more than a mouthful of misery:

Before I gave up on Smallville,there was an amusing use of product placement that involved Clark's old buddy Pete. Pete came back to town and gained some Mr. Fantastic abilities from chewing some kryptonite laced chewing gum,courtesy of Stride. Apparently,it never occurred to anyone in the marketing department that suggesting their product could be easily tainted with a toxic substance might not be a good ad campaign theme for them:

Both the book and film of Joanne Harris' Chocolat indulged in the notion of candy being a source of release and renewal for those going thru life on automatic pilot. The high point of this notion takes place near the end when the resentful small town official who has been waging a campaign against Vivanne's chocolaterie breaks into her shop one night to destroy her unorthodox Easter window display.

He winds up consuming the very sweets that have angered him for so long and starts to let his heart heal,along with the other residents of the village who receive a truly uplifting sermon that Sunday which sweetens their lives:

There are tons of songs with candy references in them,from the Willy Wonka classic "The Candyman" to Marcy Playground's "Sex and Candy",but my ultimate choice of sugar salute is for Bow Wow Wow's "I Want Candy." It's fun,peppy and has giant peppermint sticks for the band to dance around in the video(not that peppermint is ideal for the beach,in my opinion-a shot of cherry cola might be more refreshing). Sweets to the sweet,friends:

I don't think we've been buying more candy than usual but then I grew up having a candy drawer as a kid.

Lol, Band Candy is one of my favorite early Buffy episodes! Hm, don't think I've ever had marzipan or seen Smallville. Love both the movie and film of Chocolat though! K, now I have to go watch these other videos :)

Now the only thing I have to decide is whether I want Jolly Rancher Jelly Beans or a Snicker bar!

I'd go with the Snickers bar myself-Jolly Ranchers in any form give me the same reaction that Rory has to marizpan:)