Catch up on your reading with these upcoming summer movies 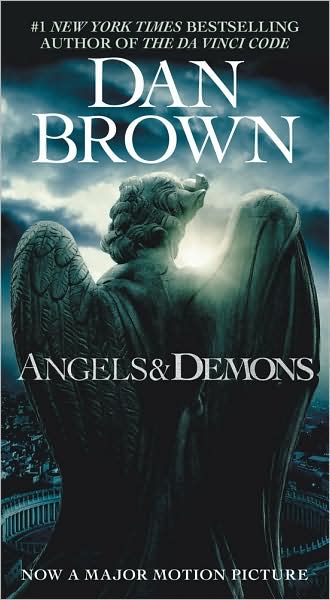 While your movie going budget may be slim this season,there is always the two for one bargain of "read the book/see the movie" that can sway your decision over what to do for fun this summer that's available at a reasonable rate.

A couple of the big magillas heading for the multiplex are already known as big bestsellers at the bookstore near you. First up is Angels and Demons,the follow-up film to The DaVinci Code which is really a prequel(think of it as Dan Brown's Indiana Jones and the Temple of Doom)and has Tom Hanks back as Robert Langdon,with Ron Howard still sitting in the director's chair.

While I haven't read either one of the Dan Brown books,I did catch DVC on DVD and really enjoyed it. The critics may have had issues with it,but audiences didn't and the same rules will no doubt apply here:

The other heavy hitter is,of course,the sixth Harry Potter film which was pulled out of the fall film circulation due to worries over Twilight raking in some of their target audience. A little peeving,but then again,good things come to those who wait,as they say.

A lot of high expectations are attached to Harry Potter and the Half Blood Prince,especially for a certain plot point that not even an Unforgivable Curse would induce me to reveal here. Based on the promos,it looks like both readers and film followers alike will not be disappointed at all. Rather,they'll be clamoring for Part Seven as soon as possible,like yesterday:

There are other literary screen adaptations on the way that so far been given less fanfare but will draw folks into the theaters,nonetheless. One of them is My Sister's Keeper,based on Jodi Picoult's novel,which stars Cameron Diaz as a mother of a cancer stricken child who chose to have another daughter via artificial means in order to have a well suited organ donor on hand.

Little sister(Abigail Breslin)is tired of being used as spare parts,so she hires a lawyer(Alec Baldwin)to sue for the right to make her own health decisions. This may be the first time that a Picoult novel has been adapted for other than the small screen and with any luck,it may not be the last:

The teen comedy I Love You,Beth Cooper is based on Larry Doyle's acclaimed YA novel about a graduating high school senior who boldly declares his love for the most popular cheerleader in his class during his valedictorian speech. Beth then shows up at his house party that night,seemingly willing to get to know him better.

This is starting to become a trend in Hollywood,taking well written teen novels such as Nick and Norah's Infinite Playlist and giving them the big studio treatment. Hopefully,this will be one genre train that stays on track:

One summer movie that I am really looking forward to is Julie & Julia,based on Julie Powell's memoir about her year of trying to make every recipe in Julia Child's Mastering The Art of French Cooking and her online chronicling of that massive culinary experience.

Amy Adams plays Julie and Meryl Streep plays Julia Child . I just saw both actresses in Doubt over the weekend and it's too bad they won't actually be doing a scene together here(the two women never met in real life,but there are sections of biography about Child blended into the book) .

This film means quite a bit to me,since the book inspired me to start my own blog and gave me more of an interest in the art of cooking as well. There isn't a trailer for the movie just yet,but check out this excerpt from the book and you'll get a sense of the savory sweetness of the story:

The Time Traveler's Wife by Audrey Niffenegger is a beautiful written novel about a couple's struggle to keep connected that is made particularly difficult by the husband's genetic ability to spontaneously go back and forth thru time. Talk about the film version has been going on for awhile but now folks may finally get to see Henry and Clare on the silver screen.

Due in August,Eric Bana plays Henry and Rachel McAdams is Clare who may not be every reader's ideal casting(Brad Pitt and Jennifer Aniston were set to do this at one point)but perhaps they can pull it off. Again,no trailer but we may have found a good choice for the movie's theme song from these fellas:

Summer movie watching and summer reading are great times for entertainment and when both can be mixed together,the ultimate levels of fabulousness are within reach. However,please amuse yourself responsibly. If a book or movie title warns you about scary creatures popping up in unexpected places,you need to heed the warning,folks!:

Whenever a movie comes out based on a book I've read or thought about reading then it's simply a must-see for me (of course I tend to read the book first if possible).

I never did read either of Dan Brown's books but I saw The Da Vinci Code and really liked it so I have to see this one too. I was SO upset when they pushed back HP but it's finally almost here! Yay!!!

Jodi Picoult breaks my heart so I'll probably avoid this movie (though I like some of those actors...) but I Love You, Beth Cooper looks really cute even though movies like this normally aren't my thing. Julie & Julia is more of a DVD rental but one I'll probably see (there's a preview here btw. I keep meaning to read The Time Traveler's Wife so I really need to do that before the movie comes out!

Have I mentioned I love when you do these types of posts?!

Thanks for the J&J preview link,Lady Tink and glad that you like these kind of posts. You most definitely should read TTTW,it will blow your socks off:)

I had no idea they were making The Time Traveler's Wife! I have such mixed feelings about the book...I'm excited to see how they manage to turn it into a movie though. (And I love the song you found!)