What's lurking around the movie trailer park for Halloween?

I know it's a tad early to be talking about upcoming Halloween movies but since those big bags of trick or treat candy and the latest trendy costumes are already on display at a retailer near you,no time like the present,as they say.

Not to mention that the likes of Jennifer's Body(which is getting a shiny set of mixed reviews for it's debut weekend) and Sorority Row are rolling out the body bags at the multiplex these days. The pickings do seem pretty slim this season,but we might as well sort thru them and see if there's any meat on this pile of bones worth chewing over.

The big magilla on the block is Saw VI,another chapter chronicling the gory legacy of Jigsaw even with him being dead for the last couple of flicks there. I gave up on this series awhile ago,due to it's main premise getting more convoluted than an apology from Kayne West.

It's a shame,since the earlier films had some real dark imagination and nihilistic vitality going for them. Nowadays,it seems that more of the artistic creativity is being put into the posters for the movies rather than the films themselves. No doubt that this will do well at the box office but Saw VI tastes more like a recycled trick than a cinematic treat to me:

Another Hollywood horror awaits unsuspecting moviegoers as the remake of the cult B movie The Stepfather is intended to be out and about this October. While casting Dylan Walsh(best known as the somewhat good half of McNamara/Troy on Nip/Tuck)as the villain was a good choice,the glossy take on the serial stepdaddy plot line and the gender switching of the teen lead who suspects something is up is surely a recipe for mediocrity.

The only good thing to come of this remake is that the original film will at last get a DVD release in mid October. Granted,the source material is not exactly Hitchcock but at least it doesn't look like a CW series:

The only breath of fresh air,so to speak,is coming from Zombieland,a rip roaring tale of our world under a full fledged attack of the undead with Woody Harrelson as the one of the survivors who clearly enjoys his new line of work as a zombie slayer.

The zombie genre has been done to death,even with humorous approaches to it,but when handled with some tender loving care,brain eating can still be a fun scary ride to climb aboard again. Zombieland may appear to be the bastard son of Sam Raimi and George Romero but the gory giggles that it inspires are legitimate indeed: 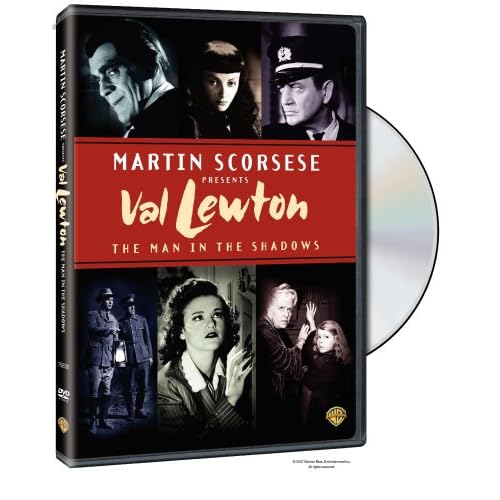 Your best bets for a horrific Halloween will probably be on the small screen. AMC will no doubt have their Fear Fest marathon of current scare films while TCM will be showcasing some fine old school terrors including a documentary on Val Lewton,the producer of such classic chillers as Cat People and I Walked with a Zombie.

Movies such as Lewton's may make you think that they're too tame for modern audiences but trust me on this one,folks;a little bit of subtlety and shadows go a very long way towards giving your spine a true cinematic chill. Sample some of the weirder wares of yesteryear and you may be unpleasantly surprised:

I haven't seen a Saw since (say that three times fast!) the third one came out. More gore than plot. I heard Universal Orlando is having a haunted house this year with some of the Saw sets as the main attractions. Stepfather kind of reminds me of Disturbia...

Yeah, though I don't like zombies and especially zombie movies, Zombieland seems to be the one of the only things out worth watching this year.