I have to confess that I've given up on Glee already and it's been bothering me as to the reason why. Pinpointing one major reason has been difficult here.

On paper,it seems exactly like the kind of show I would enjoy-high school setting, sly social satire,plenty of witty banter,a heady mix of romantic misunderstandings and emotional conflict between characters both maturing and mature(or supposed to be,at any rate)and excellent musical numbers to boot. What could be better than that?

Maybe that's the problem,it's a little too perfectly orchestrated for my tastes. There's no real surprise element and while the cast is extremely talented,watching them break into another well done song and dance number is just par for the course here. Not that I would want them to screw up on purpose(like poor Kurt did during his solo stand-off with Rachel)or anything like that,but spontaneity is one of those sparks of inspiration which shouldn't be taken for granted:

Some of my favorite musical moments from both TV and film have been those least expected to occur. One of the strengths of the Buffy episode "Once More,With Feeling' was that despite all of the strange supernatural happenings in Sunnydale over the years,none of the regular Scooby gang anticipated being made to reveal their inner emotion turmoils thru song. Having such an unexpected delight pop in to what one considers to be the standard genre fare makes the usual proceedings stand out even more.

It doesn't have to be a big moment;a scene that I always look forward to whenever I watch You've Got Mail is the holiday singalong bit done by the intrepid indie bookstore folks from The Shop Around the Corner. This is a movie that's jam packed with tunes for just about every major emotional highpoint and yet this little group melody thrills me every time: 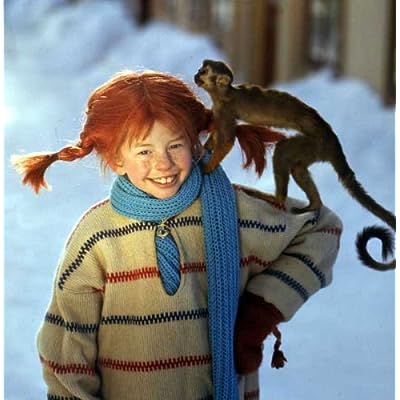 Having a quick song moment during an episode rife with tension is a useful ice breaker. During a double date with Lorelai trying to keep Luke from sniping at Dean,who he felt wasn't good enough for Rory,the four of them wound up having to watch Pippi Longstocking instead of Cool Hand Luke at the local retro movie theater.

Pippi was fine with the ladies(plus Dean,who was introduced to the film long ago,thanks to them)who know it so well that they can follow along with the theme song without missing a beat:

Blending a musical number into the plot without making it too obvious is a tricky line to walk but the Golden Girls always managed to pull it off. During a show when it was needed to sing a cranky baby to sleep,Rose got Blanche and Dorothy to join her in a round of "Mr. Sandman" that sounded a lot better than Sophia was willing to admit(but her critique was meant to be a punchline,anyway,so there you go):

Some times an impromptu singalong can bring out a truly poignant moment. On the third season of Roseanne,singer Bonnie Bramlett was a reoccuring cast member,playing the seasoned waitress buddy of Roseanne during her stint at Rodbell's. For the Mother's Day episode,there was a group sing at the backyard barbecue held by the Connors that turned into a stunning solo for Bonnie. I had no idea at the time that she was a professional singer but after hearing this,there could be no doubt about it:

So,while I wish Glee well,I'm just going to have to remove myself from the crowd. The show has a good following at this point and altho I do yearn to like it more,there's no sense in watching a show that has lost it's appeal for me. I hope everyone else in sync with the series enjoys it to the fullest and those who,like me,like to look for those unexpected moments of song find something else to amuse them as well. Oh,and as to the song-off between Kurt and Rachel over Defying Gravity,my vote's for Kurt. Bad note or not,he gave more to the song than she did,in my opinion: