All that glitters is not always Golden Globes

This morning,the Golden Globe nominations for 2010 were announced,making some people's wake up call a joyous one,no doubt. The Globes are usually an award show that I enjoy,due to the fact that their choices can be more varied than the traditional Oscars or Emmys,plus they are a good gauge of what films/tv shows are going to get the nod from the bigger boys.

However,some of these noms are just not sitting well with me on a few fronts and I'm sorry to be a Negative Nellie but sometimes you gotta say what you feel,folks. Here,without any further ado,are some of the reasons why a few of these names bring an instant "Really?" to mind: 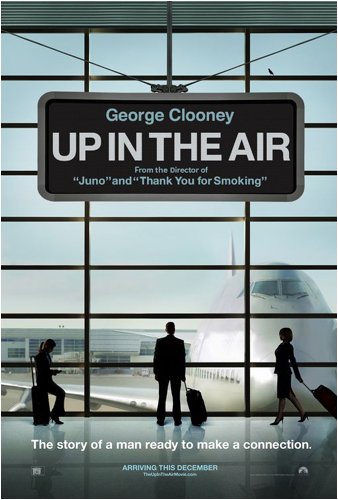 UP IN THE AIR LEAVES ME GROUNDED

This movie received six nominations,including two Best Supporting Actress spots(for Vera Farmiga and Anna Kendrick)and double nods for writer/director Jason Reitman as well. Granted,I have not seen this movie and wasn't a big fan of Reitman's previous film Juno after I did watch,Up In The Air just really seems overrated to me already.

All of the advance reviews are showering UITA with praise and muffin baskets,but let's be honest;who needs to see another story about a charmingly callous corporate gun for hire that finds the road to redemption by showing the sexy new kid on the block the way things work these days? Maybe some people,but I've been there,done that,bought the DVD and seen it at least twenty times on cable,okay?

With movies such as District 9(which got only one nomination),Star Trek(totally ignored here)and even Public Enemies(ditto ignored)that were given high marks from both critics and movie goers alike to be overlooked for some yuppie morality play is just sad,if you ask me:

This category hasn't fared well over the last few years,altho we did have a brief moment of musical joy, thanks to Slumdog Millionaire. This year,not even the Disney animated musical The Princess and the Frog snagged a spot here(the Academy Awards may make up for that),quite a shocker.

The ones that are up for the GG don't seem to be very memorable. Don't just take my word,have a listen to "Cinema Italiano" from Nine. Since it's the only tune that was originally written for the movie,the choices were limited but this song is blander than canned spaghetti. All the sexy dancing girls in the world can't change that:

The biggest song out of the bunch is theme song from Avatar "I Will See You". While there's no video just yet,it is available for listening online and it does sound nice enough,yet nothing to write home about. It's getting to the point that I think there should be a new sideline to this category;Best Use of a Previous Song.

Why not? Some of the better movie musical moments lately have come from actors singing tunes made famous on Broadway and from what little I've seen,Fergie really brings down the house with "Be Italian". Why shouldn't she get the chance to strut her stuff for the Oscars,just because the song's been done before?:

Frankly,the most popular musical bit from the movies this year is the impromptu dance number from 500 Days of Summer,that has it's male lead celebrate his new found love via the Hall and Oates classic "You Make My Dreams Come True." It's a sweet scene and with the ever growing trend of using songs as a blissful blast from the past moment of cinematic spontaneity(thank you,Kevin Smith and Judd Apatow for that),this is an idea whose time has come: 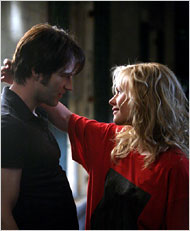 TIME TO SAY SOMETHING NICE

On a more positive note,the TV section of the Golden Globes has actually peaked my interest this time around with the inclusion of True Blood amongst the Drama categories.

While I am happy that Anna Paquin is up for Best Actress,it would've been great to see a couple of her co-stars join her in the Supporting areas such as Rutina Wesley and Nelsan Ellis,who really pulled out all the stops for their performances in the second season. Take note,Emmy voters,these two are ones to watch for:

Glee also racked up some prime positions in the Comedy categories,with Matthew Morrison,Lea Michele and Jane Lynch taking Best Acting noms and being up for Best Series to boot. While the offbeat charms of this show faded quickly for me,I'm very pleased to see it getting the attention it deserves. No doubt everyone onboard the Glee train is walking on sunshine today:

Congrats are also in order for Mo'Nique and Gabrielle Sidibe for their riveting work in "Precious" getting them Best Actress and Best Supporting Actress spots,along with Sandra Bullock scoring a duo Best Actress noms for The Blind Side and The Proposal and Inglorious Basterds coming on strong with four nominations that include a Best Film in the Drama category.

Nice going,gang and the best of luck to you all. The Golden Globes will be presented on January 17, which has a instant effect on the Oscar nominations. That will keep things interesting as always and speaking of interesting,one thing that you can count on for the GGs is an acceptance speech that will be talked about for days. Part of the reason for that is the dinner party atmosphere of the show which includes a few open bottles of booze on the tables. A few drops of liquid courage tend to make some folks say some rather unique stuff there.

Of course,there's competition even on that level,with one of the crazier speeches given earlier at the Spirit Awards by Mickey Rourke. Too bad he's not up for anything this year,such off the wall antics are what make award shows worth watching in the first place: