Getting into the spirit of the season with pop culture flair With Christmas day literally just around the corner,it's hard not to embrace the feeling of holiday cheer that seems to have gotten a revival of sorts this year. Perhaps it's the realization of our first decade of this new century being marked off or the rough financial times that have taken a toll upon us all that has made this season of sharing all the more important to folks for all the right reasons.

Everyone has their own special touchstones that invoke the warm feelings of remembrance and joy on Christmas(or the winter holiday of your choice)and I thought that I would share a few of my favorite Christmas highlights from the pop culture side of the tree: 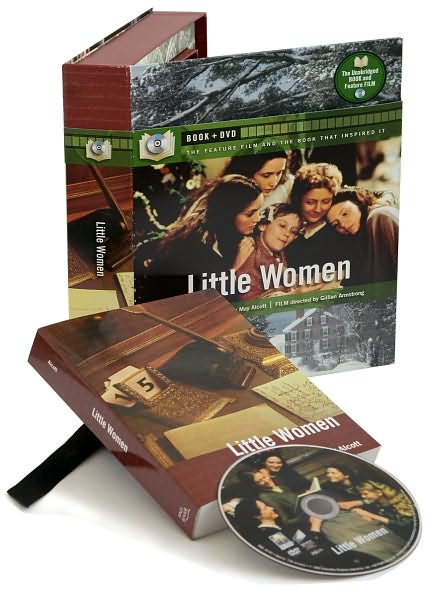 THE FIRST CHAPTER OF LITTLE WOMEN: In my opinion,one of the best opening lines in literature is "Christmas won't be Christmas without any presents!". That statement starts off our introduction to the March sisters from Louisa May Alcott's classic novel,Little Women,a book that I received as a Christmas gift from my aunt way back in 1977.

It's still one of my most reread books and that first couple of chapters where the girls decide to think more of their mother than themselves in their holiday shopping and later give away their breakfast to the poor Hummel family which brings them plenty of special surprises in return,is a true treasure chest of Yuletide spirit that's sweeter than gingerbread and goes down smoother than eggnog:

MERRY CHRISTMAS,MR. BEAN: Rowan Atkinson's goofy antics as the mostly silent but never sensible character are on their best display here in this special that first aired on HBO many moons ago. Picking just one funny scene is really hard to do,but if I had to,my choice would be this bit where Mr. Bean kills some time at a department store during his holiday shopping by playing with a nativity set in a most nontraditional way:


GRANDMA GOT RUN OVER BY A REINDEER:Yes, this song is insanely disrespectful of the season,not to mention elderly relatives but I can't help myself.Sometimes,you have to pull Santa's beard off and have a good laugh or two,even if it's not good taste:

A VERY SPECIAL CHRISTMAS: The first of this musical collection(put together to raise money for the Special Olympics)is the only Christmas album I've ever bought in my life. It was on cassette,so you can guess far back in ancient times that purchase was! I'm not sure if I still have it on hand but those songs are some of the best versions of Christmas music I've ever heard.

Here are a few of my favorite tracks from that album-Run D.M.C with "Christmas in Hollis" is charmingly unique and cool enough to be included in the soundtrack of the original Die Hard movie(it plays in the background as John McClane's clueless limo driver is chatting up a girl on the phone,unaware of the danger surrounding him):

The Pointer Sisters were in vogue back then and their take on "Santa Claus is Coming to Town" is timeless fun even when hearing it today. If there is someone you know who doesn't know the Pointer Sisters,this is a good place to start educating them:

Last but far from least is the Eurythmics with "Winter Wonderland". Annie Lennox has a great voice but you have to admit that her take on this song gives it a very surrealistic air indeed:

Please feel free to share some of your pop culture holiday favorites in the comments section and stay tuned tomorrow for some Christmas Eve carols by the LRG players. No matter what rings your bell to stir the spirit of Christmas within you,it's the little things that keep you going,even if you're a regular Joe or Jane or a mega media star all year round:

I'll always be a sucker for It's a Wonderful Life :)