How do you solve an ending problem like Emma?

Masterpiece Classic wrapped up their Emma miniseries last night,providing faithful Jane Austen fans with a rather reasonable conclusion that suited this particular take on the story quite nicely. That's no easy feat to accomplish,since the ending of Emma is a tad problematic to begin with and gives it's many adapters a true challenge in putting the finishing touches on just right. 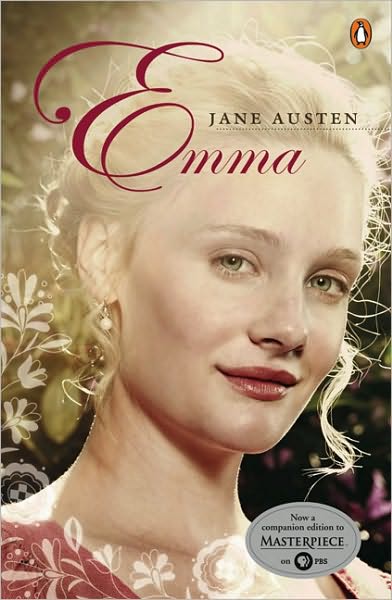 It's hard for a devoted reader of Miss Austen's work(or any writer,for that matter)to be willing to point out the few flaws in her writing that exist but ignoring the issue just won't make it go away. Granted,there are several plot points that are tricky to tie up neatly with a bow and yet,it does seem to take forever and a day for Emma to reach the end of the novel path.

I don't like to give away the endings of stories,however this one has been around for a long enough time that it's fair game to go over the different ways in which the finale of Emma has been handled in more than one adaptation for the screen.

For an idea of what the book's ending is truly like,the 1972 BBC adaptation follows it almost to the letter. While it is good to see an author's vision come to life on film,the whole bit comes across like one of Miss Bates' conversations-rambling onward without a clear sign of conclusion,leaving you to smile and nod until a suitable moment of escape announces itself:

The big screen version of Emma in 1996 was able to nip and tuck those loose ends as best as it could and even managed to let Mrs. Elton get the last word as the traditional happily ever after wedding finale rolled out before the end credits. Not too shabby there and kudos to screenwriter Douglas McGrath(who also directed)for turning that corner as well as he did:

I do hold a marked preference for the Andrew Davies scripted conclusion of Emma for the 1997 miniseries. Here,Mr. Knightley holds a harvest supper,which is not in the book but was something that a wealthy and well loved landowner of the time period would do so it's not too out of place here.

The harvest supper sequence also allows many of the subplots to come together quite easily and best of all,gives the audience a lovely metaphor for the future harmony of the main romantic couples via dance. What more could an Austen lover want for a charming end note,I ask you?:

So,how does the current incarnation of Emma stack up in it's final bow? In some ways,it combines the visual tidiness of a few of it's predecessors while taking it's sweet time in getting there.

I do like the behind the back moment of hands clasping that Emma and Knightley have as they go to speak to Mr. Woodhouse(Garai gets a little too hysterical at one point earlier,which made me think we might get a Regency version of "snap out of it!" from Moonstruck here)and that little talk between Emma and her father as she goes off on her honeymoon(another not in the book bit of business)and yet,things like Harriet's wedding being tacked on there seemed a bit too hurry up and go.

Nonetheless,this was a decently done finale and while it may not be the best solution to the Emma conclusion dilemma,the folks involved did jump that hurdle well enough without falling over a cliff of confusion. If and when we get a new shot at this story on either film or television,the perfect ending to Emma may be well in hand and heart:

This was a fabulous summation!! I had no idea there was a 1997 miniseries. Need to check that one out.
I thought it was another great PBS adaptation. Although, Romola was a bit too "Drew Barrymorish" for me. Glad to have found your blog.

Thank you so much,Gerbera,for your kind words and glad to see that you have found this blog as well:)