Will Jonah Hex be a successful straight shooter or just another second string hero at the box office this summer? In addition to Iron Man 2,which is still holding on to the top of the box office charts,another comic book based character is riding into town to take some of that summer movie gold back with him.

Jonah Hex stars Josh Brolin as the scar faced cowboy who is on the hunt for revenge against the black hatted bad guy who made him look so memorable,Quentin Turnbull(John Malkovich). Along for the ride is your typical hooker with a heart of gold and a gun tucked under her skirts to match,Leila(Megan Fox).

Hex is a DC Comics featured player,who was created in the early 1970s and has popped up in guest spots in various other comics and animated shows over the years as well as his own line of western adventures series. The film tweaks his legend a bit by tossing in a touch of the supernatural to his abilities(think of it as The Crow goes Wild West),which may irk a few of his die hard fans but may also win Hex a few new ones when the movie debuts on June 18:

This isn't the first time Hollywood has brought a bit player from the comic book realm to the forefront of the major motion picture rally but the success rate of choosing your leading hero from column B instead of A has been sketchy at best.

As usual,Marvel has lead the way in this department with one of it's more recent flops being Ghost Rider,starring Nicholas Cage as the fiery skull head avenger from hell. While the movie was deemed to stink the joint up every which way it could,the best thing about it was that Cage was nicely distracted from playing Superman,a role he was definitely not born to do:

A more moderate success was the adaptation of The Punisher,who like Jonah Hex doesn't initially possess any extraordinary powers other than being able to blow evil doers up real good. Thomas Jane took the point here as Frank Castle,out to avenge the murder of his loved ones by crime lord Howard Saint played by John Travolta(sounds very similar to Jonah Hex's plot,only without the gun toting escort and other cowboy gear).

The Punisher was a decent enough movie to warrant a sequel,however by the time filming started,Thomas Jane had dropped out and a new actor took over the role,making the follow-up a reboot that went to home video as soon as it's sad theatrical release was done.

In a way,that was par for the course for the character since the Thomas Jane version was a reboot as well, trying to wipe away the movie memory of an earlier attempt to bring The Punisher to the silver screen. What goes around can really come around sometimes:

There have been a couple of small timers on the comic book scene who became big boys to those previously unfamiliar to their masked faces before. Ben Affleck truly made Daredevil a mid winter hit,playing the blind lawyer who dealt out his own brand of harsh justice after hours.

It helped enormously that his foes were played by top notch actors such as the fiendishly charismatic Colin Farrell(Bullseye)and formidable screen presence Michael Clarke Duncan(Kingpin,a standard big city villain for many a Marvel hero).

The movie did well enough to inspire a spin-off for Jennifer Garner as the ultimate hit girl Elektra,but alas the screenplay wasn't solidly written and offered a weak support system for the character to plant her feet in.

A Director's Cut of Daredevil was released on DVD(and is occasionally shown on F/X)that brings back a sub plot snipped out of the theatrical release and rounds out a couple of other major story lines near the end of the film. No matter which edition of the film you prefer,Affleck and company really gave the comic book devil his cinematic due: The most successful secondary hero of them all in Hollywood has been Blade,the half human,half vampire "Daywalker" portrayed by Wesley Snipes in the original and the two big screen sequels that brought in a reasonably healthy profit at the box office.

A TV series based on the hit films played at least one season on the Spike channel before vanishing into the media mist. While it's a shame that Blade:The Series didn't last longer,I suspect that we'll be seeing this sword slinging monster fighter again. The appeal of vampires in the media mainstream is pretty much eternal,not to mention that you can't keep a kickass vampire hunter down forever: 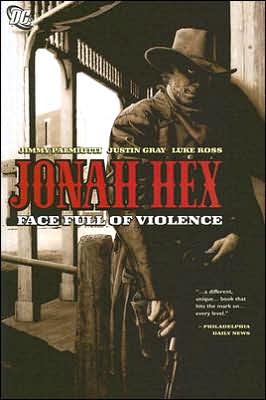 The fate of Jonah Hex has yet to be decided this summer season,but many are hedging their bets against it already,due to the trailer. While I have my doubts as well,it may too soon to count Hex out of the game.

Josh Brolin is well cast here and while Malkovich seems to be doing his usual walking thru the part villainy and Megan Fox is about as compelling an actress as the shine from a cubic zirconia compares to an actual diamond,Jonah Hex might be a fun little popcorn movie to escape from the heat with.

Yes,it could be a clunker,but then again,Iron Man wasn't a sure bet the first time around and look at what happened with that: