I know,it's too soon to talk about Halloween but that doesn't stop the stores from putting out the costumes and the candy right along side the back to school stuff there.

Besides,Halloween is one of the few holidays around that's solely dedicated to fright night fun,pure and simple. It's also prime scare space for Hollywood and make no mistake,folks,the competition for your box office dollars will truly be cutthroat this season.

Let's take a tour of some of the haunting heavy hitters set to thrill you at the multiplex and see if any of them will be really terrifying or just terrible to watch:

SAW 3D: The current reigning champion of Must See Scare Cinema is ready like Freddy to bring us more terror trap thrills in what is promised to be the "final" entry in this series. I'll believe that when I see one of these flicks fail on opening weekend.

Don't get me wrong,I enjoyed the first couple of Saw films but over the course of the sequels,things have been getting more convoluted than the death traps the increasing bland characters find themselves in.

With the addition of the dreaded 3D thrown in here,the Saw franchise seems to not only have jumped the shark,they tossed it into a grinder and are spraying it all over the audience like a Gallagher concert from hell: 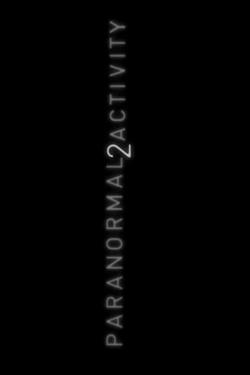 PARANORMAL ACTIVITY 2: More sequel mania as the follow-up to the Blair Witch style small movie that became a surprise success will be out and about soon. So far,very little has been revealed regarding the plot but it look as if things will be picking up where there left off from the first one.

That's actually a good sign,since The Blair Witch Project sequel made the crucial error of becoming a movie type of movie instead of the pseudo documentary format that gave the original film it's inherent intensity. Just how long the filmmakers can pull this off is the key query to ponder over your popcorn but this second time may be worth the chilling charm:

CASE 39: The tagline for this movie is "some cases should never be opened" and that applies to the release date for this film as well. Case 39 was shot over a year ago and bounced around on the studio's schedule for quite a while ,now with an early October date granting it some big screen time.

The story stars Renee Zellweger as a social worker who rescues a little girl from her seemingly cruel parents that believe she's a demon in disguise. Turns out that maybe they were right all along,as Renee and the folks around her(including male love interest Bradley Cooper)are under supernatural assault from all sides.

The advance word on this fear flick is that it's a real stinker,so maybe waiting for home video is the best case scenario for Case 39:

MY SOUL TO TAKE: Wes Craven is back in the scary saddle again,as writer and director of this film where seven teenagers born on the night that a notorious serial killer died in their small town are possibly the targets of another local killing spree.

The main mysterious contention is that the killer was reincarnated as one of the kids under scrutiny but perhaps that notion may be simply an excuse for someone to get slaughter happy or is the Riverton Ripper really dead and gone?

This actually sounds like a good movie,so seeing 3D tacked onto it makes me wonder just how much faith the studio has in the film in terms of quality. Here's hoping that My Soul To Take is a grand enough thrill ride without needing that worn out gimmick attached to the bumper:

The scariest thing to see in a trailer these days is the announcement of 3D as a bonus feature,which is truly overstaying it's welcome. *Sigh* Is it too much to ask from Hollywood to not beat this visual trick into the ground? Subtlety may not be their forte but the persistent use of 3D in just about every other film is starting to fall flatter than a pancake with many moviegoers and turning what should be sweet scares and surprises into sour must end moments:

It's never too early to talk about Halloween! I love Halloween. I haven't seen a Saw movie in a few years now since they left the story in favor of the gore. I remember watching Blair Witch on Halloween once it came out on VHS (remember those?) but it didn't scare me. Paranormal Activity however, would. Case 39 isn't really my cup of tea but My Soul to Take looks interesting. It could be promising, then again, it could be crud...

We'll probably have to put up with 3D for a few more years but hopefully no longer. It didn't last too long in the 50s at least.