It's official,folks-Jonathan Franzen's Freedom is the 64th title to be chosen as an official Oprah Book Club selection,something that has been rumored about for a while now. In a way it's not completely surprising,what with all of the hoopla the book has generated so far.

Plus,this is the final season of Oprah's show,so picking Freedom gives her a chance for some closure after the riff between her and Franzen over The Corrections. Seems like a win-win for everyone involved here.

Since I haven't read the book,it's hard for me to really tell if Freedom truly is all that and then some,but the word of mouth has been mostly positive,so in the spirit of celebrating reading,I wish those who take up the book ,for Oprah related reasons or not,well.

If however,you are seeking a group read more suitable to your tastes than the Oprah experience,I do have a few fun suggestions. On the heels of her month long salute to Georgette Heyer,Laurel at Austenprose is launching a blog tour to celebrate the 200th birthday of Victorian era author Elizabeth Gaskell on September 29th.

Elizabeth Gaskell's novels and short stories showcased the small town world of English society with a strong edge of social commentary regarding the treatment of the poor and role of women on each rung of the social ladder.

She also had a sweet sense of romance and even a sense of humor at times in her depictions of country folk. This is a great opportunity for Gaskell's fans to learn more about her and for those like me who have simply delighted in the BBC miniseries version of Cranford or Wives & Daughters,major incentive to finally open up at least one of her books at last: 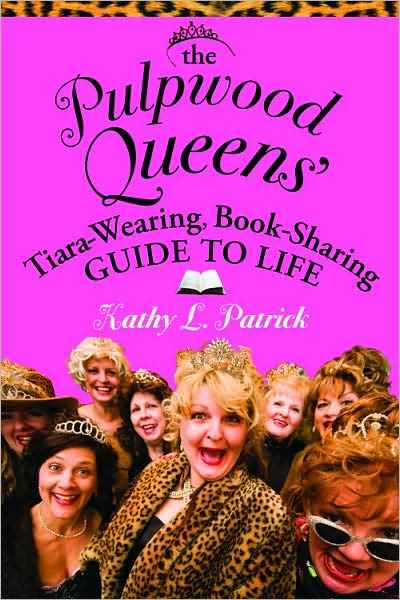 Kathy L. Patrick and the gang at Pulpwood Queens are still going strong with their book club selections and sheer joy of living that their many chapters(which include Timber Guys for the fellas)not only in the U.S. but through out the world,have beaten the drum for a many a good book and author.

In addition to that,the Pulpwood Queens are involved with many pro-literacy campaigns and passionate in particular for encouraging young people to have access to books in areas that need more and to embrace a love of reading. Looking out for the next generation of readers is beneficial to us all:

Speaking of the next generation,the folks behind 60 Second Recap may appear at first glance to have merely create a viral video version of Cliff Notes,but their series is much more substantive than that.

Hosted by the charming Jenny(who could give the Gilmore Girls a serious run for their money with her verbal skills),these breakdowns of classic works are thought provoking clips designed to encourage further studying of the material,rather than spoon feed the answers to any upcoming pop quiz.

If you're searching for a good read for your next book club,Jenny has plenty of "Pick of the Week" suggestions that include contemporary as well as classic books to choose from. Yes,some are young adult themed but it's no secret that many of the grown-ups read these titles,too,and not just for the kids. A good book is a good book,no matter who it's initially meant for:

We're heading for a post-Oprah world,folks and I think we will survive it quite nicely. Even for authors who really desired to have that nice little PR bump for their book on her show,another media door will be opened when that window of Oprah opportunity closes,sooner or later.

After all,shameless promotion has become an art form in these high tech times and slipping in a bit of tongue in cheek along the way can really brighten up your book sales as well:

I refuse to read any of Oprah's picks after having several of them depress me. I may have to check these others out though.

Thanks for the shout out Tara. I hope you can join the festivities on the Gaskell blog tour Sept 29t.