Will Game of Thrones be the next major fantasy frenzy on TV?

Along with many other coming attractions quickly showcased during the third season finale of True Blood,HBO gave some promo love to their upcoming fantasy series due in early 2011,Game of Thrones.

Based on the popular set of seven books in the Song of Fire & Ice series by George R.R. Martin,the show chronicles the clash between the territories of a mythical kingdom and the various families struggling to keep or claim power.

The cast includes some rather well known actors who are no strangers to the fantasy genre such as Sean Bean,Lena Headey and Peter Dinklage and judging by the early reception from fans and newcomers alike,Game of Thrones has the makings of a hit,so far anyway:

Hype and a good cast,however,are not always reliable indicators of quality viewing. From what I understand,these books are rather intricate in their plotting(finding a simple synopsis of the story line is about as easy as getting a straight answer from a politician),which may make it difficult for those unfamiliar with them to latch onto the story right off the bat.

Another small stumbling block may be the lack of magic involved here. George R.R. Martin has said he prefers to focus more on people instead and that these stories are meant for adults,not a bad way to put a new twist on things.

Yet,when most people hear the term fantasy,they expect a little razzle-dazzle of some sort to be included. There are a few mystical elements blended in the background that should pop up in the HBO adaptation,plus quite a bit of combat action,so folks looking for otherworldly thrills should take to this sword play saga just fine: 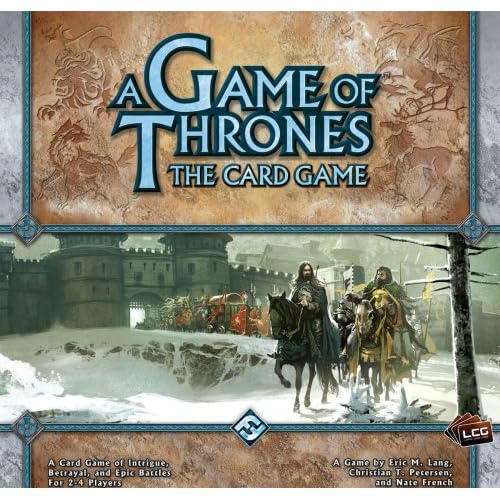 It does help that the author is fully behind the series and that the fan base for Game of Thrones is incredibly strong. Board,card and role playing game versions of the books have been made,with more no doubt to arise based upon the HBO adaptation.

Martin's creative style does lend itself well to television,as it turns out. In addition to writing other fantasy novels and anthologies that he's edited,George R.R. Martin has done scripts for sci-fi/fantasy shows such as the revived edition of The Twilight Zone back in the mid-eighties and the popular Beauty and the Beast. He wrote over a dozen episodes of that series,combining romance and realism for those enthralled with seeing such a classic love story come to life every week:

With all of that in mind,A Game of Thrones is at least worth one look. The first episodes will start airing by next spring,giving us plenty of time to prepare for what's to come. Hopefully it will fulfill the hopes of it's faithful fans and give a much needed boost to viewers of fantasy fare seeking a new place on the tube to call home: