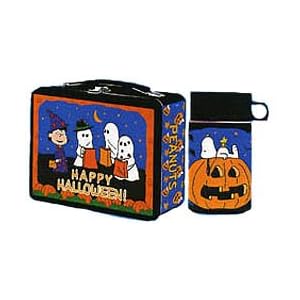 Halloween is still about a week away but that doesn't mean we can't start celebrating with a smile. Laughter is the best cure for fear and holiday themed humor is the ultimate sweet treat for the soul. As a whimsical warm-up to All Hallow's Eve,here are a few fearsomely funny clips that should make you shudder with giggly ghoulish delight:

A WITCHY ENDORSEMENT: First up,we have a little promo from the official Mistress of the Dark,Elvira as she clears up those slurs about her occult status and encourages folks to support the brand of cheesy late night horror movie that she proudly hosts.

Yes,this is a parody of a certain candidate out on the political scene as we speak but hey,whose to say that Elvira wouldn't do just as a good job as some of the people hustling for public office these days? One thing's for sure,she certainly knows how to grab your attention with her talking points there:

DEVILISH DICKENS OF A PLOT: On one of the infamous Roseanne Halloween episodes,Mrs. Connor had lost her taste for elaborate costumes and gruesome pranks so she received visits from the Ghosts of Halloween Past,Present and Future. While it took her awhile to revive her spirits of the season,the ultimate shocker was seeing just low her abandonment of Halloween fun could go:

COSTUME CALAMITY: Since the boys on The Big Bang Theory love all things associated with geek,dressing up as superheroes seems par for the course. However,the issue of everyone latching onto the same outfit was bound to pop up,sooner or later.

In this instance,the guys chose The Flash,a DC Comics favorite,and one that so far hasn't been adapted for a major motion picture.

While the four of them teaming up to create the super speed the character is known for is not a bad idea,changing costumes was the better solution(plus,getting dibs on what other fantasy figure to go was truly quick thinking there):

BOO TO YOU,TOO: One of my favorite episodes of Reba is the one where she teases an all too easily swayed by superstition Barbara Jean about the possibility of her new house being haunted. Part of her mirthful motivation was to get back at ex-husband Brock for allowing their young son to watch scary movies that gave him nightmares but Reba's main reason was that she found the whole thing hilarious.

The joke wound up backfiring,however,as Reba was tricked into babysitting a frightened Barbara Jean on her own time. After all,those laughs at her neighbor's expense started to stick in Reba's throat,which could explain the strange chanting mode she went into:

Hopefully,these Halloween gags gave you a grin wider than any jack o' lantern on display this season. The best part of this season is sharing the fun with friends and family in your community,along with some great goodies. I know that many places are already setting up for the next holiday on the docket but taking time out for Halloween is a great way to bond as well as say "BOO!":