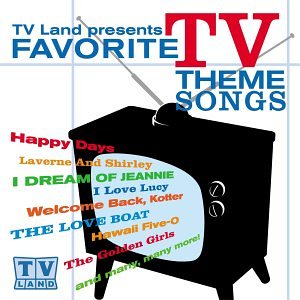 I know this is the season to make merry and think good thoughts,but there are a couple of flies buzzing about in my pop culture ointment and the need to shake them off before 2011 appears on the horizon is crucial. So,please allow me to indulge my inner Scrooge and take some time out to vent a little pre-holiday frustration in a hopefully humorous way.

Theme songs are an easy definer of people,programs and entertainment vehicles,with their own fan followings to boot. For some,however,the theme song they have is not always the one that really suits them. Let's take a look at a handful of LRG suggestions for the perfect theme song that unofficially fits these candidates to a terrible T: 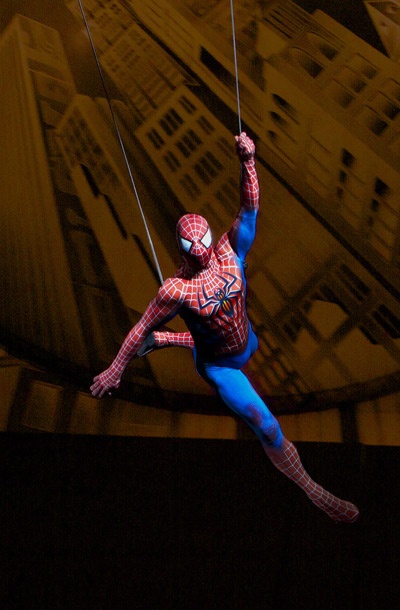 While it's been fun to mock this troublesome Broadway production,which is still stranded in previews,the joke is starting to lose some of it's flavor due to constant cast member injuries.

Bad enough that a major player was convinced to go on with the show while suffering a concussion;now we have a stunt double falling thirty feet during a performance. The actor in question will recover but this is the fourth major physical injury to occur and the play is not even officially open yet!

As we send our get well soon wishes to all who have needed medical attention so far,it's hard not to think that maybe Bono should add the Beastie Boys "Sabotage" to this musical's song list as it becomes all too apropos here:

Many folks do want this gal to straight up and fly right,but how many second chances does Lindsay really deserve? Her latest antics at the Betty Ford clinic,where a staff member was fired for giving an interview to the media about her refusal to be drug tested after sneaking out with a couple of friends,are a clear as crystal sign that Little Ms. Lohan has had more than her fair share.

I don't wish anyone evil but if Lindsay is that determined to go to hell with herself,let her decorate that hand basket alone. Amy Winehouse's "Rehab" sounds like the soundtrack to her life as it is now:

Granted,I have not seen this movie but all of the hype and hoopla around it is truly making me not regret that choice. Yes,the movie has quality actors,a top notch director and a respected writer to it's credit but when you boil the whole thing down,it's just a story about one guy making it big with the latest technological wonder and getting some dirt on his hands during the climb to the top.

Plenty of behind the scenes business stories have the same plot framework attached to it(Citizen Kane,anyone?),plus I agree with some who feel that maybe it was too soon to tell this tale. Time does allow for the broader picture to be more fully developed,after all.

This movie has already garnered a good round of Golden Globe nominations and will probably do well come Oscar time. As much I like Facebook,this self involved ode to it is cashing in on the "Cult of Personality" that makes this Hollywood homage to that site so popular:

This revival of the 1950's genre film gimmick has absorbed more victims than either version of The Blob ever did. It's one thing to have a couple of action adventure or fantasy films add this extra trick to their bag of goodies but must every other movie do the same?

So far,we've had gallons of gore(Saw 3D,Piranha 3D,Jackass 3D),sorry sequels(Step Up 3D,Cats and Dogs:the Revenge of Kitty Galore)and kiddie themed clunkers such as Yogi Bear and the Last Airbender throw more than the kitchen sink at audiences with more on the way. Is it really necessary to have both the Green Hornet and the Green Lantern movies in 3D?

Getting people to attend multiplexes during these hard economic times is tough yet beating this revamped visual aid into the ground isn't helping matters that much. Maybe it's me but 3D is in danger of killing the movie star as much Video did with the Buggles' Radio Star:

Let us leave this topic on a sweet note rather than a sour one. 2010 has been quite the rocky ride on several fronts but one thing that the pop culture realm is good for in such circumstances is rallying our collective spirits. So,take heart that in the new year to come,there's nothing we can't face...except perhaps for bunnies: