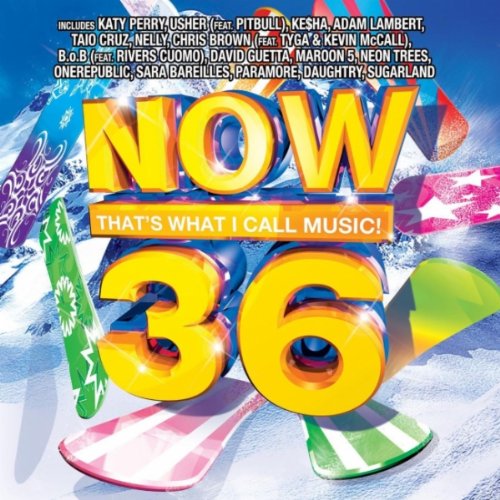 My tastes in popular music being pretty standard(I am the target audience for the Greatest Hits collection market),I still have a few offbeat choices in this entertainment area that have made their mark on this blog over this past year.

With that in mind,I invite you to boogie down memory lane with me and re-experience a few of the LRG musical moments that keep my toes a-tapping. A musical moment is not just confined to a hit song,however;it can occur when and wherever least expected yet should be something worth singing about:

LET'S HEAR IT FOR THE GIRLS

A couple of new releases did make me feel very extra feminine on the dance floor,starting with Rihanna's "Only Girl(In the World)". After a string of songs that explored her emotional depths of despair,it was truly a joyous revelation to hear Rihanna delight in the splendor of love supreme: While Beyonce did very well with her rendition of "If I Were a Boy",I suspect that I am not alone in preferring Reba McEntire's cover version of this song.

Reba brings a world weary emotional resonance to this musing about the age old differences between men and women in love,not to mention proving that established musical genres aren't barriers to true artistic expression: Love it or hate it,this was a memorable year for American Idol due to it being the last one to have snarky Simon Cowell on the judges' panel. Whether the show will survive his departure(and thankfully,Kara's as well)will come down to how great or godawful the musical performances are this upcoming season.

Speaking of performances,Lady Gaga's "Alejandro" was given the royal treatment in terms of production and panache. As much as the official video for this song was stunning,to say the least,watching Gaga appear as a gothed-up version of Poison Ivy who cavorted with her minions in the Midnight Garden of Good and Evil was one of the best moments I've seen on TV ever:

Another amazing performance came from contestant Michael "Big Mike" Lynche,as he sang for his life during an elimination show. Mike had won the hearts of Idol fans early on,with his touching devotion to his wife who was giving birth to their first child as he auditioned and the sincerity in his heart came through in many of his song choices,such as Maxwell's " This Woman's Work".

Mike survived to sing another day and it's a real shame that he didn't make it to the finale,in my opinion. Regardless of that,Big Mike showed just how big a man he truly was and good wishes for his future go out to him and his loved ones:

Many may scoff at homemade musical projects created strictly for an online audience but don't be too quick to toss out all of these babes with the bathwater. There are plenty of video gold clips to be found in them thar YouTube hills.

The Marvel/DC hijinks in Some Random Guy's ongoing series,for example,has had a bounty of laughs with Deadpool,the psychotic superpowered hitman who in this parody world has the gift of song.

In this take on Comic Con,Deadpool gleefully praises and punches out the highs and lows of the convention circuit which makes you wonder why he didn't try out for Spiderman: Turn Off the Dark(his healing skills certainly would come in handy there):

The second season of Legend of the Seeker increased it's legion of fans but alas,despite all of their efforts,a third time around the syndicated block was denied to them. As one of them,it's a real shame to not have this entertaining fantasy series to look forward to in 2011.

Some of the fan love for this show was well displayed,as one person showcased a major showdown sequence from an episode titled Perdition and slipped in a suitable soundtrack bit from Kill Bill,Vol. I.

For those not familiar with the story line, leading lady Kahlan and friends are attempting to rescue leading man Richard from a desert mind trap only to be sneak attacked by the evil Sisters of the Dark.

Their main target is Kahlan,who is prophesied to be the key to undoing their master's plan to destroy the world of the living but as you will see,these twisted sisters have no problem with racking up a few extra casualties along the way. Their deadly determination,particularly that of their ruthless leader Sister Nicci,is not without serious repercussions and major magical payback:

To round out this musical look back,let us pay tribute to a recently departed pop music diva. Teena Marie,the original Lady T,passed away this weekend at the too soon age of 54.

Known as the "Ivory Queen of Soul",Teena,aka Mary Christine Brockert,started her career in the early 1980s and had several hit albums and songs such as "I'm Just A Sucker for Your Love","Ooo La La" and "Lovergirl".

Even during a long hiatus from music,her work was a top choice of covering and/or sampling by other artists. In 2005,Teena was nominated for a Grammy in the R&B category for her take on an Al Green song"Still in Love" from her comeback album La Dona.

During her lifetime and despite whatever personal woes she had,Teena Marie was a positive influence on many lives and her legend will still live on in the hearts of music lovers today and beyond. Thank you for your talent and time,Teena Marie,and for truly rocking our world: