A myriad of miniseries wonders heading our way in 2011 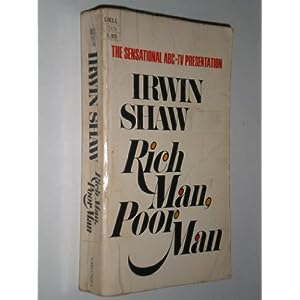 The made for TV miniseries was once a staple of network programming,offering both insightful story telling and entertaining melodrama to capture our collective attention.

Like many pop culture endeavors of the past,however,this format has been abandoned by it's mainstream masters and been kept alive via public and cable broadcasters which have raised it to heights yet unheard of in it's heyday.

In looking forward to the upcoming TV season this winter and spring,there are at least four miniseries that hold much promise for bringing the best of the old and the new for our viewing pleasure. Let's take a quick peek at the miniseries marvels that await us in 2011:

Starting up on January 9th,the American debut of a British period drama is set to begin the new season of PBS' Masterpiece Classic. Downton Abbey tells the separate but equally riveting stories about the aristocratic Crawley family and their household staff who are both facing changes from without and within their social spheres.

The series was written by Julian Fellowes(screenwriter for the similarly themed Gosford Park)and received great acclaim from audiences and critics alike,making a second season a must-have for the ITV network. No doubt that US viewers will feel the same way,especially with such a rich cast(Maggie Smith,Elizabeth McGovern and Hugh Bonneville)and the show's Upstairs,Downstairs flair: Speaking of Upstairs,Downstairs, a new edition of the 1970s continuing drama has been aired in England and will appear on PBS this April. While a new family will be moving into 165 Eaton Place, one of the original staff will be returning as well. Jean Marsh revives her role as Rose Buck,now a housekeeper and head of her own employment agency,who is eager to bring the old house back to it's former glory.

Whether this latest chapter will be a fitting one to the now classic series is yet to be determined but should be a sweet excuse for folks to experience the world of Upstairs.Downstairs for either the first time or yet again: 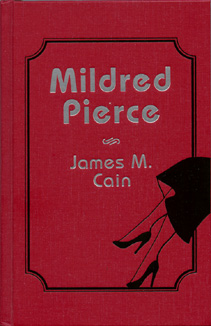 HBO GOES BY THE BOOK

For the spring season on HBO,a pair of book based dramas get the unabridged adaptation treatment. One of them is Mildred Pierce,best known as the Joan Crawford star vehicle that won her an Academy Award.

Kate Winslet takes the title role here,with Todd Haynes directing a five part version that will veneer closer to the original plot created by James M. Cain. With Evan Rachel Wood as self involved Veda who takes her mother's emotional suffering for granted,one thing is for certain-this isn't going to be your mother's Mildred Pierce,folks:

Another spring offering from HBO is Game of Thrones,taken from the first book in George R. R. Martin's feverishly followed A Song of Fire and Ice fantasy series. The main spine of the plot is the clash of power between members of a royal dynasty who wish to gain a steadier hold on their kingdom before a 40 year winter sets in.

Magic is rather limited here but there is enough to whet your wizardry palate,not to mention some binding family ties that would make Caligula blush. Sean Bean heads up the cast and looks perfectly suited to this storyline,which should be as chilling and fiery as it's literary namesake promises to be:

Perhaps the Big Three Network will someday return to the miniseries and try to spin gold out of what story telling straw they have left. They might even succeed in doing so,but the chances of them coming up with another batch of sour grapes is pretty high,folks.

Maybe satire would be the way to go for them,then. It's not like they haven't tried it before and as much as I like the juiciness of miniseries drama,a few laughs along the way wouldn't be unwelcome,especially these days: