Another attempt to whitewash Tom & Huck

An interesting story made the literary rounds last week,as a new edition of Mark Twain's Adventures of Tom Sawyer and Adventures of Huckleberry Finn is set to be released next month in a single volume by NewSouth Books that replaces the term "Injun" with "Indian" and the notorious N-word with "slave".

In the introduction to this revised version of Twain's most famous books,editor Alan Gribben states that this is" emphatically not intended for academic scholars." He also insists that changing these words is something that the original author would have no objections to ,since he was " a notoriously commercial writer who watched for every opportunity to enlarge the mass market for his works."

The main motive given for altering the language in these books,Gibben says,is to have a more user friendly edition that can be taught in classrooms without causing offense to anyone:

"I believe that a significant number of school teachers, college instructors, and general readers will welcome the option of an edition of Twain’s fused novels that spares the reader from a racial slur that never seems to lose its vitriol. Despite occasional efforts of rap and hip hop musicians to appropriate the term, and well-meaning but usually futile (from my own experience) endeavors by classroom teachers to inoculate their students against it by using Huckleberry Finn as a springboard to discuss its etymology and cultural history, the n-word remains inarguably the most inflammatory word in the English language. " 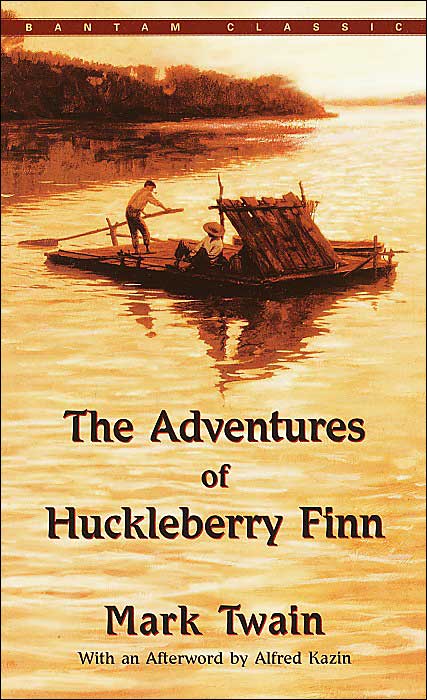 While Mr. Gibben's intentions are well meaning and there's no argument about the offensive nature of either word,it is rather insulting to teachers who have already or plan to introduce Huck Finn to their students to assume that the notion of context can't be taught here.

Yes, reading this type of language is upsetting to a modern audience but that was the intention of the author-to showcase such negative aspects of human nature in the boldest and bluntest terms of the day and reveal the ignorance behind them.

The fact that his work still unsettles readers several generations later not only displays Twain's sharp social satire skills but proves that despite many advances in that department,society has yet a long ways to go when it comes to racism:

Mark Twain was a controversial figure who spoke his mind and like many of the stand-up comedians of our day,loved to use wordplay when getting his point across about the hypocrisies and prejudices all too accepted by so-called polite society.

Cleaning up his books in order to make them "safe for the children" would have been repulsive to him,despite his commercial interests(what professional writer doesn't want to make money,seriously?).

Twain's critical wrath was well known and emulated by the likes of comic word masters like George Carlin who,if he was still with us,would do the master proud by unleashing some of that verbal vitriol upon the folks at NewSouth for their patronizing efforts:

What is really upsetting here with this upcoming publication is the encouragement of revisionist history,especially when it comes to pop culture and literature. Yes,there are books and films from earlier time periods that contain incredibly offensive images and language that we recoil from.

However,these repulsive blasts from the past are proof that such attitudes and misrepresentations of people and other cultures did really exist. It makes such sad statements about society during that period all the more real for those who didn't live through them and by denying access to the ugly underside of the historical rock,even in pop culture, only gives strength to those who rejoice in ignorance.

It's important for each generation to learn from the ones who came before them and by strapping blinders onto the past,you limit the good as well as the bad about the way things used to. People can sometimes learn more from the bitter than they can from the sweet:

While the folks at NewSouth Books do have the right to make this altered version of Huck Finn available and no doubt that there are a few educators who will be eager to buy this sanitized Twain text,I hope that they realize the disservice they're doing to new readers,in particular young people.

What having such vile racist terms in works of literature such as Huck Finn,To Kill a Mockingbird and even Gone With The Wind does is give readers an idea of what this mindset is like and helps them prepare to deal with it when faced with real life encounters. Books alone can't create a better person but when push comes to shove, they certainly can make it easier to make a stand against bigotry even when it comes from the least likely of suspects: