Are commercials getting too creepy for TV?

Maybe I'm watching too much TV these days but there seems to be a rather twisted element going on in many of the commercials that have sadly caught my eye within the past few months. Adding humor to ads is a time honored practice that can lighten up a company's image or make their newest product look hip and modern.

However,like many other artistic fields,humor requires a delicate balance of mirth and mockery when it's included in mainstream marketing. The wrong note can turn away plenty of potential customers,not to mention average viewers,from even considering the focal item in question.

We first saw signs of this during the ad campaign onslaught for the Super Bowl,where the most upsetting series of commercials came from Groupon who decided to parody celebrity advocated causes such as Timothy Hutton enjoying a discount on meals at a Tibetan restaurant,despite the troubles in that country and Elizabeth Hurley being thrilled about paying less for her Brazilian hot wax,thanks to the rain forest's destruction.

While the concept would have been amusing on a comedy show,advertising your discount plans in a "let them eat cake" fashion was rather off-putting. Groupon wound up pulling these ads due to public pressure. Times may be tough but most folks don't want to save money at the personal expense of others:

Other offbeat TV ads haven't caught the outrage lightning but are just as disturbing. For example,this Staples ad shows a family arriving home to find that their house has been robbed yet their computer wasn't good enough for the thieves to take with them.

Mom and Dad then go off to buy a better computer,which makes them both agree that this new one is good enough to be stolen. Yeah,that's what I look for when I want a brand new piece of technology-something that would make me a bigger target for criminals,whoo hoo!: 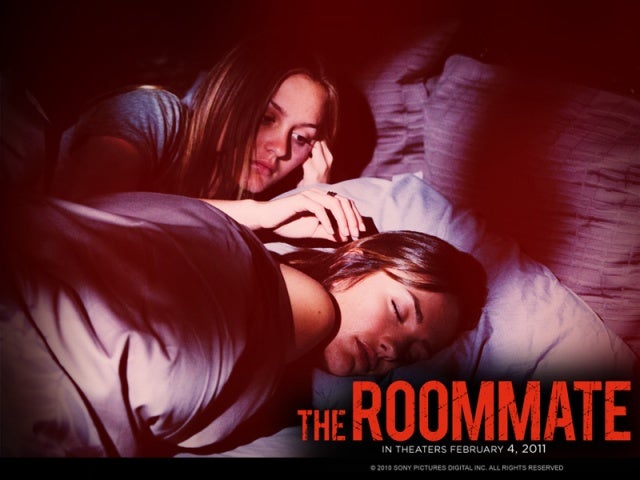 There is a pair of cell phone ads from Virgin Mobile that are on the level of a horror movie,altho a pretty cheesy one. They revolve around a determined Stalker Girl who hides out first in a tree and then in the closet of the guy she's fixated on,using her Android phone to keep track of his every move.

Stalker Girl's intensity,not to mention her gritted teeth grin, gives me chills instead of giggles and frankly,it would be surprising if by the third commercial in this series, she's not holding a bloody axe in one hand as she uses the other to update her Twitter feed about how she refuses to be ignored anymore:

TOO CLOSETED FOR COMFORT

You're not even safe during a Jello commercial these days;the new campaign for their Temptations line of "adults only" desserts has parents out and out scaring their kids away from touching them.

A lot of flack from outraged viewers caused the company to pull one commercial where Mommy and Daddy were telling their children a horrible story about how bad kids who eat Mommy's Strawberry Cheesecake treat would be trapped in a pit of snakes forever and ever. Such a lovely bed time tale,the kind that Mommie Dearest might tell.

At the moment,the Temptations commercial currently on the air has Mom turning a warning about eating the chocolate mousse variety into a campfire scare that has the kids hiding out in fear while she and Dad happily share their mousse together. A riff on fighting with the kids over dessert can be funny but does it have to be traumatizing to boot?:

Perhaps I'm being a little too sensitive about this. After all,these are just ads, why take them seriously at all,right? Yet,shouldn't a commercial make you want to at least consider buying the product and not have a negative mental aftertaste clinging to it whenever you see it either live or on TV?

All I know is that the very idea of commercials with such a walk on the dark side used to be the stuff that skits on comedy series were made of. When they're being made for real,the punchline is no longer funny: