What makes a retelling of a legend most?

Last night,ABC aired a special called "Best In Film",which featured the results of a People magazine/ABC News poll about what folks considered to be the top five in several cinematic categories such as "Best Comedy" and "Greatest Movie Character."

All in all,the show was decent viewing(too many plugs for Blu Ray releases slipped in there)and a good excuse to talk about your favorite films. A few categories didn't make it into the special such as Best Horror-The Exorcist was the number one pick there-and Best Political/Historical(one of the many odd hybrid sections mashed in to the selection process). 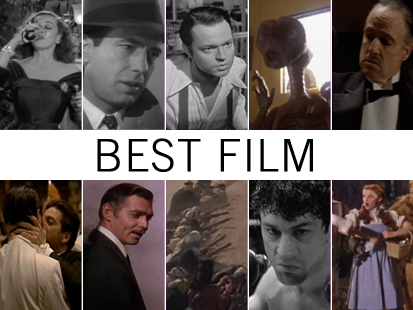 Now,if I was making up lists like this,a category that I would have liked to see people vote for and discuss would be "Best Retelling of a Legend"-those stories that have been passed down from one generation to the next,with a steady number of film adaptations attached to them.

Here now,for your amusement,are the Top Five LRG picks for Best Retelling of a Legend,in reverse order. Some of these films may not be faithful to their source material but all of them stayed true to the spirit of the tale,which helped to ensure it's being passed on: This version of the classic vampire novel wasn't a big box office hit but it did hit the mark with many budding fans of the genre,such as Buffy the Vampire Slayer alumna Marti Noxon,who cites the movie as the inspiration for BTVS's fifth season opener "Buffy Vs. Dracula."

The changes from the book are manifold,since it combined the well known stage play adaptation that leading man Frank Langella also starred in and received a Tony nomination for. The theatrical take on Dracula is known for bringing romance to the myth of the vampire,which the '79 film had in abundance,and can be seen as the template for the success of lovelorn vamp characters such as Twilight's Edward and Tru Blood's Bill Compton.

What makes this film stand above the numerous adaptations of Dracula is Langella's performance. His mix of sinister menace and brooding passion,with a touch of commanding as well as compelling desire,captures the essence of the legendary Count for his countless admirers throughout the ages:

Putting a more modern spin on literary classics,particularly the works of Shakespeare,wasn't a radical notion by the time this film was introduced to audiences yet it's bold visual flair and strong performances brought the Bard full throttle into the MTV age.

The pop culture pomp and circumstance of Baz Luhrmann's Romeo + Juliet set off a slew of other Shakespeare inspired films aimed at the teen market,some which did better than others in that department.

The best thing about this particular edition of the timeless star crossed lovers and their sad story is just how cool it was to be able to have a Shakespearean experience that you could dance to:

John Boorman's earthy take on the King Arthur legend was not the your father's old fashioned notion of Camelot,that's for sure. The film has a strong operatic air to it,especially in the soundtrack,and was seen as over the top by critics of that day.

Yet,the merging of the Arthurian mythos with the grittiness of sex and violence that modern filmmakers were now free to use gave the story a whole new relevance and nuance to it. While the look of the film is still admired today,it's the fresh take on the story that makes Excalibur a notable achievement in fantasy films:

While there have been many Hollywood leading men,with the most recent being Kevin Costner and Russell Crowe,donning the tights of Sherwood Forest's main Merry Man,none of them can hold a candle to Errol Flynn who made that role one of his best.

It's not just Flynn that makes the movie such a great take on the Robin Hood legend. The solidly built plot points of the script,the marvelous ensemble of actors assembled including Claude Rains,Basil Rathbone and of course,Olivia de Havillard and the well choreographed action sequences all helped to create a rousing film that those who wish to tread the same path should look to before taking up artistic arms: Why director Michael Mann was not nominated for Best Director for his breathtaking version of the James Fenimore Cooper novel(combined with influences from a 1936 Hollywood adaptation starring Randolph Scott)at the Oscars that year is a debate best left to film scholars.

Instead,let us look at the ways in which this movie captured the spirit of raw Americana that is associated with novels set in the early days of our country. The film showcases the beauty of the wilderness and highlights the sense of independence in it's heroes and villains that is a defining trait of early Americans,especially on screen.

The plot also allows for discussion about the politics of conquest,both between the invaders and the original settlers,as well as the price paid by those caught in the middle of these power struggles. With such a elegantly woven creative canvas,Last of the Mohicans is assured of not being allowed to fade away from the annuals of classic American fiction:

Well,I hoped all of you enjoyed this list and I'll be adding a poll on the side so that you can vote on which one of these films is your favorite. The best part of storytelling is the hope that the tale is worth repeating as time goes on and while many of them don't appear to have that worry,you can't be too sure that a clunker will come along that ruins it for everyone. Then again,even a awful adaptation can inspire others to make a better one: