It's become a small but sincere tradition here at LRG to hold a month long salute to the worst in film during August, the last leg of the dog days of summer. With June literally a day away, the time seems right to make known the theme for 2011's Bad Movie Month and we're doing a Salute to SyFy Channel Movies,folks!

Yes,we did have a poll last year to determine our next theme but due to a tie vote,all of the previous categories had to be scrapped and a fresh one needed to be chosen. Since the SyFy channel has become synonymous with bad films within the past decade,honoring their made for TV contribution to the cause of schlocky cinema seems as appropriate as a Comedy Central Roast for Charlie Sheen(I won't be surprised to see that coming around the pike). 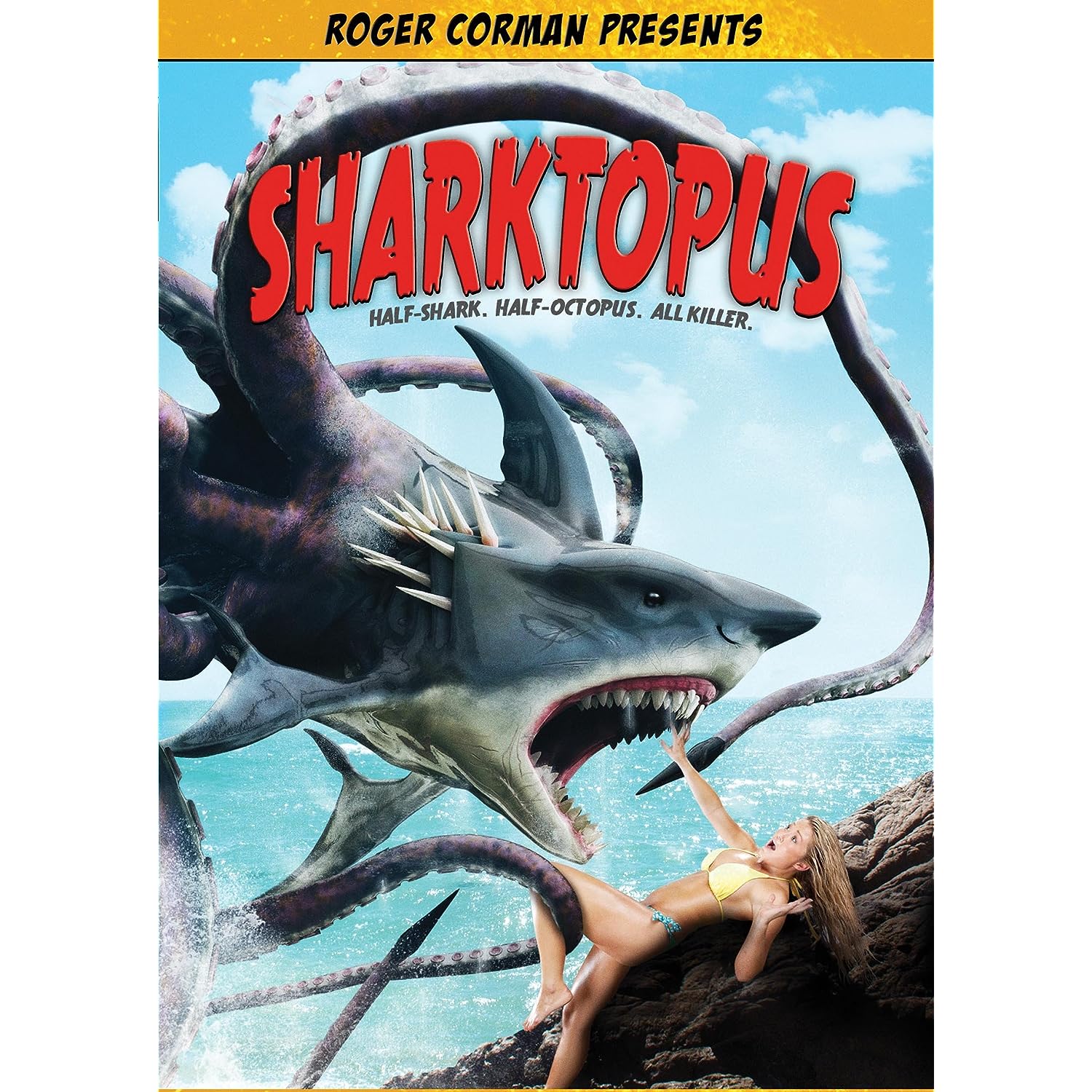 Our first fishy selection will be Sharktopus, the now classic tale of a mutant monster creature created by semi-mad scientist Eric Roberts as a boon to mankind but a test run causes the control device on the critter to shut down.

That naturally leads to murderous mayhem,as Sharktopus decides to chomp on any and all pesky tourists in his path along with fleeing his pursuers,including a really annoying reporter gal and her reluctant camera man and the gun toting hired hand recruited by the scientist and his daughter. In some ways,you really can't blame the poor hybrid killing machine for doing what comes naturally to him: 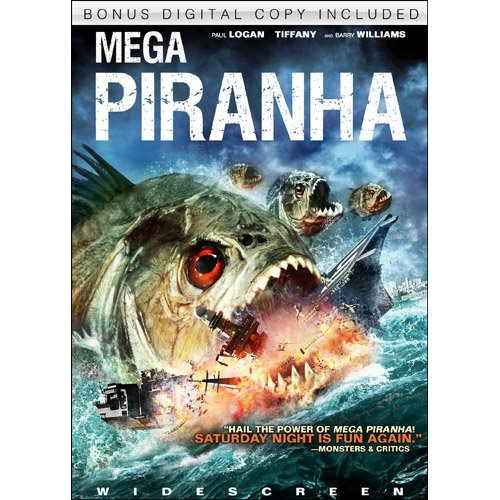 Next on the seafood tray is Mega Piranha,starring former 80's pop sensation Tiffany as a genetic researcher who teams up with a Navy Seal to find out what happened to a boat load of diplomats but soon discover that they're up against an ever growing school of giant sized piranha(hence the title).

Brady Bunch fans will be delighted to see Barry Williams,aka Greg Brady,in a dramatic role here and Tiffany followers shall rejoice to hear the song she contributed to the soundtrack. Tiffany has quite the SyFy Channel movie star status as she recently went up against former pop music nemesis Debbie Gibson in Mega Python Vs. Gatoriod this season. That sounds amazing but I think it's best to check out where Tiff got her new cult movie start first: Heading for the insect kingdom on our next stop,Mansquito(also known as Mosquito Man)takes it's turn down the path where many a rip-off of The Fly has flown. A hapless scientist is unfortunately exposed to his own experiment and has trouble convincing everyone that his transformation into a human sized blood sucking bug is not that big of a deal.

No major stars in this one,unless you count the guy from Parker Lewis Can't Lose,but there is plenty of violence as heavily armed men prove to be no match for the lovelorn bug boy. Guess they need to stock on Raid in jumbo cans there:

For a taste of the supernatural,our next to last stop is Puppet Master Vs. Demonic Toys,which sets up a cage match between two cult movie franchises from Full Moon Entertainment.

Representing Puppet Master is Corey Feldman as a descendant of the puppeteer who created these vicious little marionettes and in the other corner is Vanessa Angel,as the spoiled little rich girl who runs a toy company that stocks evil dollies.

The plot centers around a diabolical scheme to unleash a slew of twisted toys upon children Christmas morning-why they didn't bring Chucky in on this is beyond me,folks: Now,my sister Stephanie happens to have her birthday in August and as a special blog treat for her,we include a "Sister's Choice" additional selection to Bad Movie Month's season. Her pick this year is I Am Omega,yet another rendition of Richard Matheson's lone survivor in a mutant vampire world story that has been called both I Am Legend and Omega Man.

What amuses my sister the most is that the star of this flick is Mark Dacascos,other wise known to foodies as the Chairman of Iron Chef America. Mark has made a few other appearances on TV,including an episode of the canceled too soon series Middle Man and recently on the new version of Hawaii 5-0. Seeing him walk down the road where the likes of Charlton Heston and Will Smith have gone before should be interesting,to say the least:

Bad Movie Month features will be posted on each Friday in August(Sister's Choice will be as close to Steph's birthday as I can put it)and I hope many of you will enjoy cooling off from the sweltering summer heat with these stone cold clunkers. While these SyFy Channel flicks are wonderfully awful in their own way, it's too bad that they don't offer more opportunities to explore the depths of horrible genre film making as they once did. Times change,I guess and not always for the better: