Can a couple of the Big Three networks get you to sip their Mad Men style cocktail?

With a new season of Mad Men on delay,due to negotiation difficulties,the time to swoop in on those fans longing for a hit of the sixties seems to be now. ABC and NBC are set to launch two new series on their fall schedules that focus on workplaces of the past that will be redefined as current events of the day roll on.

ABC's ticket to ride is Pan Am,starring Christina Ricci as one of the iconic airline stewardesses who wants to see the world and escape the confines of middle class expectations.

Other gals share her desire to recreate themselves in a society that keeps their restrictions on proper female behavior as tight as the girdles some of them have to wear to look good in those company uniforms. Their antics,however,are not always as buttoned up to say the least: NBC chose to go straight for the sizzle by greenlighting The Playboy Club,which has already raised a few eyebrows and objections from the usual set of morality watchdogs.

The leads in this ensemble cast are Amber Heard as new hire Maureen and Eddie Cibrian as Eddie,a well connected lawyer and prominent keyholder at the club. The two of them find themselves thrown together in a most unexpected way,which sets up this potentially romantic couple to either be divided or united by the deadly secret held between them: 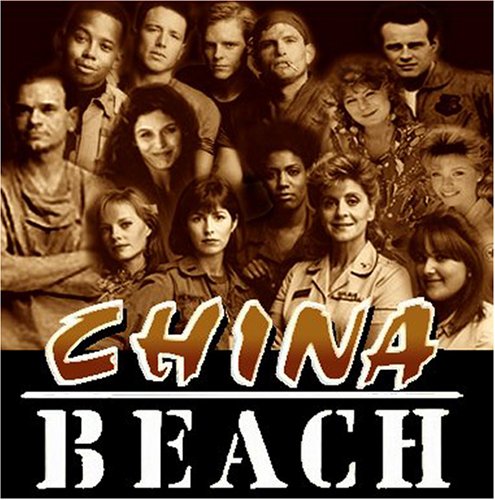 This isn't the first time that the major networks have tackled this turbulent era,altho their approach has been a mix of the serious and sweet nostalgia.

I think the last dramatic series to handle this period on regular television was China Beach,which received a lot of critical love but only enough fan appreciation to grant it three full seasons(season four was held back for an odd length of time,going on hiatus in 1990 with the final episode airing in the summer of 1991).

That show dealt with Vietnam,a topic that leads itself to seriousness but there were moments of levity slipped in along with offbeat narrative choices. Plus, credit was given to the women who served on the sidelines as nurses,a group that gets easily overlooked in such circumstances. All in all,it was a pivotal showcase for that era to placed in but not a pretty one,a strength back then that would be considered a liability now:

Don't get me wrong,the glitz of Mad Men is part of the appeal but what keeps viewers tuned in are the true to life emotional impact of the choices that the characters make at work and home.

The truth is not always pretty,like the picture perfect ad campaigns the gang at the now Sterling Cooper Draper Price struggle to create for their clients,some of whom refuse to acknowledge the changing world and marketplace around them.

What's especially worrisome to me is that both of these new shows are centered around the so-called "good life" offered to women in those days as sex objects on display. That is a part of that time period worth exploring but I fear that these series may be more interesting in using this more as an opportunity for eyecandy.

The women on Mad Men deal with the social and sexual morays that take at least one step forward for every step back yet they don't belittle or dehumanize those circumstances. Even the feisty Joan,who openly uses her wiles,gets to feel the brunt of sexism and be legitimately treated as someone who doesn't deserve such treatment:

Hopefully,Pan Am or The Playboy Club can prove to be something other than Mad Men's little sister who dresses up in her older sibling's clothes but doesn't know how to pull the complete look off. Otherwise,folks will look else to be entertained and Mad Men fans will chose to wait for the real deal for their retro buzz of satisfaction: