Sandwiching summer reading and movie going for kids of all ages With our first big summer holiday weekend soon to be upon us,many people are going to have the dilemma of finding a decent movie to take the children in their life to. True,there are plenty of family friendly offerings on the table but if you're looking for something that has a bit of substance to it,you might want to seek out those kid flicks that are based on books.

That doesn't always guarantee quality but it does give you an excuse to introduce young people to a few great reads over the summer. Let's start off with Mr. Popper's Penguins,a modern day version of the 1938 children's classic written by Richard and Florence Atwater. Jim Carrey stars here as a businessman too busy to interact with his loved ones until an unexpected inheritance arrives in the form of six frisky penguins.

Since this is a Jim Carrey movie,more of the story emphasis will be on physical gags than anything else but perhaps some of the spirit of the original book(which won the Newberry Award back in 1939)will shine through. One can hope,after all and penguins are undeniably cute,especially on film: Plenty of young girls will probably be clamoring to check out Judy Moody and the Not Bummer Summer,since the series of Judy Moody titles by Megan McDonald already have quite the following. They're so popular that even Judy's apt nicknamed little brother Stink has his own spin-off set of books.

Jordana Beatty plays Judy(if you're a Legend of the Seeker fan,you'll remember her as Rachel,that brave little girl who helped Wizard of the First Order Zed out at a certain birthday party)and Heather Graham is on board as Aunt Opal,enlisted to watch Judy and her brother while Mom and Dad take a business trip.

Judging from the movie's title,the plot is pretty self explanatory and judging from the trailer,it should have a decent crossover appeal to boys and girls. Gross out humor is universal,which explains why some of that is present here yet there is a good amount of girl power energy to round that out nicely: 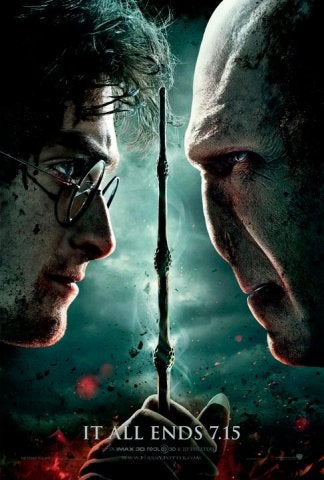 Of course,the main event in this category will be the release of Harry Potter and the Deathly Hallows,Part Two,which finally wraps up the phenomenally successful boy wizard saga gifted to us by J.K. Rowling. While it has been a long time coming for these films,particularly for the young actors playing Harry,Ron and Hermione who have literally grown up in front of our eyes,this has been a wait worth taking indeed.

Even with the necessary condensation of the plots and subplots within that final book,most of our favorite fan moments should be able to come alive on screen.

I won't get into which ones I'm hoping to see,in order not to spoil things for those who haven't read the books but I will say that Stephen King will be probably be on the edge of his seat hoping to hear a certain set of words and that wherever I'm watching this film,my ears will be ready to catch that phrase,too: 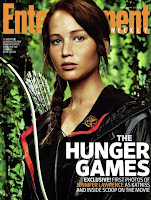 That's all for this category at the moment but rest assured, Hollywood is on the hunt for the next big kid's series to whip into a string of hit movies. As we speak,a number of budding Young Adult and children's books are being snatched up by major studios hoping to score the next Twilight or Harry Potter franchise.

While that is good news in some ways,it's not so in others. The popularity of any YA/kid's series is a hit or miss gamble,much like most pop culture items,and I fear that some promising titles will suffer in translation from page to screen simply due to the need to manufacture a box office cash cow.

Then again,quality treatment of even immensely hyped source material when it comes to movies is possible. What is truly important to keep in mind is that reading still matters despite the constant barrage of media distractions and that a good book is the sure fire way to ward off the summertime blues: