V.S. Naipaul Vs. the World of Women Writers-a fair fight? 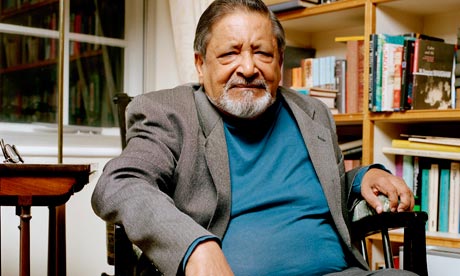 Despite how far we've come in the struggle for equality between men and women,especially in the arts and entertainment category,every now and then someone feels the need to shake things up with stupidity. The latest kerfuffle on this front was set off recently by award winning author V.S. Naipaul,who stated in an interview that there are no women writers who can match him in literary prowess,not even Jane Austen herself.

Naipaul goes so far as to claim that he can tell from reading only a paragraph whether or not a woman wrote it and other flaws that he finds particularly in Austen's work include her"sentimental ambitions, her sentimental sense of the world".

While Naipaul's keen gender reading skills have yet to be tested, I wonder what his opinion is regarding another renowned English writer whose work was chock-full of sentimental notions of the world,Charles Dickens.

From the infamous heart breaking deaths of Little Nell and Nancy to the reformation of selfish characters like Scrooge and Pip as well as advocating for the rights of the poor,Dickens is pretty much an old softy at heart. While his writing also contains plenty of sharp wit and thrilling moments of drama and mystery, it's the betterment of humanity that drives Dickens' themes home:

Another one of Naipaul's statements regarding women and writing really caught my attention for it's sheer cluelessness:

"And inevitably for a woman, she is not a complete master of a house, so that comes over in her writing too," he said.

Oh,really? Clearly Mr. Naipaul has never encountered Miss Emma Woodhouse, one of Jane Austen's most legendary leading ladies who never let a little thing like not being officially in charge stop her from offering an opinion or arranging relationships to her liking. While her always ailing father was the "master" of his estate,Emma was the one who truly ruled that roost:

More than likely,however,Naipaul has simply underestimated the keen mental skills that many women,fictional and real,have had to use in order to cope with the dominant forces in her sphere that are determined to be considered in control.

These forces,whether they be egotistic men who love the sound of their own voice or women who exaggerate their claims of emotional distress,may appear to be intimidating at first,as Flora Poste,the charming heroine of Cold Comfort Farm,found but a few sensible suggestions made at the most opportune moments can work wonders on even the most stubborn of souls.

Of course,it also may be that Naipaul wishes that certain classic books were actually written by men but sadly,he's not alone in that vain little fantasy: 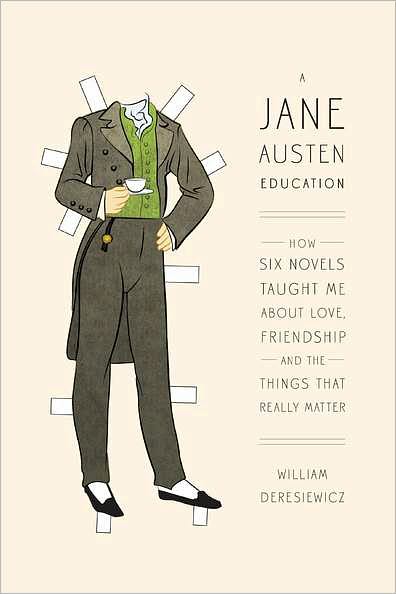 Perhaps Mr. Naipaul would do well to expand his literary horizons and picking up a copy of A Jane Austen Education might be an excellent addition to his summer reading.

While I have not yet had the pleasure of reading this book,the author's take on how Austen's books gave him a better sense of how to conduct himself in life could possibly show Naipaul and others like him that appreciating the writing of the opposite sex doesn't diminish his stance as a man.

I certainly don't think the lesser of any writer based upon their gender. To me, it's the quality of the work that is supposed to count above all. But,if Naipaul just wants to start a fight(mainly as an attempt to garner some media attention,I suspect),he has succeeded in that regard. Yet, he may realize far too late that Jane Austen fans are more than equal to the challenge:

Personally, I would like to see a throw down with V.S. Naipaul and William Deresiewicz, the author of A Jane Austen Education. William would woop his butt.

I second that notion!