Acepting an invitation to the Great Gone With The Wind Readalong

One of the better books about books that I've read last year was Erin Blakemore's The Heroine's Bookshelf,which highlighted many famous literary leading ladies and the women who created them.

A major player on her list was Scarlett O'Hara and due to this year being the 75th anniversary of the release of the book that brought this feisty Southern belle to life,Erin will be hosting a Gone With the Wind readalong,starting this August.

This invite is open to both new readers and old, with the time frame being planned from the week of August 1 to the week of October 17. Each week,she'll give a brief summary of the chapters to be discussed,along with historical background and conversation suggestions. You can leave your thoughts and feelings about GTTW in the comments section and there is the promises of prizes over the course of the readalong.

Since I haven't read GTTW in a long time and haven't been in an online reading group for some time now as well, I plan to join in and encourage you all to do the same. Here's the schedule:


Gone With The Wind is one of those books that, despite being easily dismissed as a slice of southern fried soap opera, manages to make itself relevant and worth a look over with each passing generation. This readalong should be a rather engaging and lively get together indeed:

A few months,one of my favorite book blogs,The New Dork Review of Books,did a write-up on GTTW that focused on the four major characters in the book(Rhett,Scarlett,Ashley and Melanie).

Greg's insights on the book as a first time reader were well thought out and insightful,with a true appreciation for the merits of the work. He also noted that it exceeded his expectations,something that many longtime readers have experienced from time to time.

I had similar feelings upon reading To Kill a Mockingbird last summer and part of the fun of a group read is the sharing of viewpoints,which can highlight things that you didn't notice before. I don't know if any discussion of the film will be included in the GGTTW Readalong but that would be a good topic for a future compare and contrast talk: 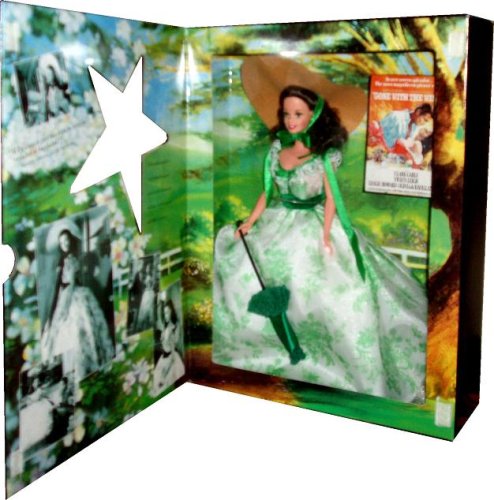 Between the book and film, Gone With The Wind has become a major pop culture hallmark over the years. Devoted fans have created a demand for all sorts of GTTW related items,from dolls and collectible figurines to jewelry,plates and even a "sequel" by Alexandra Ripley(it didn't go over too well,to say the least).

There are an equal number of detractors as well,due to the sexism and racism of the time period that includes extremely politically incorrect language. Most folks who read historical fiction(which the book is)know to expect some less than sensitive depictions of certain groups and can take that in stride,since it may be necessary in order to make the story authentic sounding.

That will probably pop up at one point or another during the readalong but I think it could make for a good discussion along the way. That doesn't mean that we have to be all serious all time here;GTTW has been the subject of many a good parody and a few laughs could ease any tension that might surface:

So,I hope that some of my faithful readers will stop by the Great Gone With The Wind readalong and spend some time on the veranda with Scarlett and the gang. I suspect that most of the conversation will be about that particular Miss Independent and she wouldn't have it any other way: