Having taken more of an interest in fantasy literature over the past couple of years,I have found quite a number of my early expectations in this genre to be redefined,particularly when it comes to the women in these stories.

While some damsels in distress are on hand here,there are plenty of formidable females as well who can use either their wits,weapons or magic(in some cases,all three)to save the day just as well,if not better,as any man. Granted,I still have a ways to go in acquiring more knowledge in this field but I can name at least five fictional ladies who can do it for themselves:

In both the Sword of Truth novels by Terry Goodkind and it's short lived television series Legend of the Seeker,Kahlan has been one of the most compelling characters to the fans for her strength and vulnerability.

Born to be a "Confessor",her ability to take over the free will of others with a single touch has made Kahlan learn how to control her passions,even the deep love she feels for Richard,the Seeker that she has sworn to guide and protect. Yet,Kahlan is a loving,caring person who suffers as much from harsh decisions as does those directly affected by them.

However,do not be fooled into thinking that this Mother Confessor is an easy touch. When push comes to shove,Kahlan is a true force to be reckoned with: 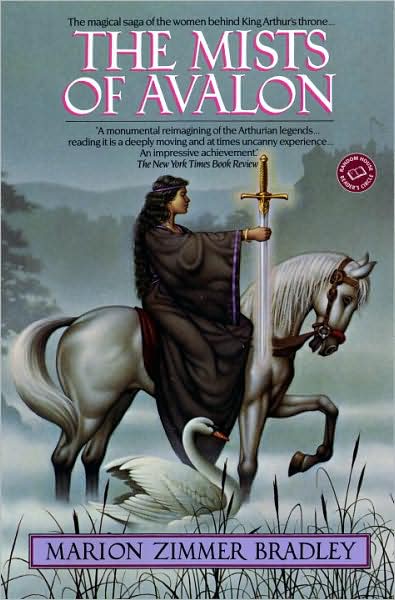 In most versions of the King Arthur legend,his half sister Morgan Le Fay is usually depicted as the villianess of the piece who gleefully encourages her son Mordred to undo all that his father has built.

That all changed with Marion Zimmer Bradley's The Mists of Avalon,which sets it's sights upon the women behind the scenes who used their mystical power and influence to lead the men towards a better world.

Morgaine(as she's called here)does her best to unite the old ways of the Mother Goddess with the new faith growing amongst mortals in the world. In the end,however,her greatest strength lies in perseverance. By enduring the upheavals in her world and protecting what elements she could of the true essence of Avalon,Morgaine did her part to keep the spirit of the Goddess alive for generations to come: 3) PHEDRE no DELAUNEY and 2) MOIRIN

Since both of these next two fantasy females on the list are not only sprung from the mind of the same author,Jacqueline Carey,but one happens to be inspired by the other,I thought it best to showcase them side by side.

Phedre and her realm of Terre d'Ange was first introduced to us in Kushiel's Dart where this outcast gal made the most of her sensuous nature,spy training and her inherited ability to not only withstand pain but take some joy in it to defeat the enemies of the kingdom and become a strong leader of her people. 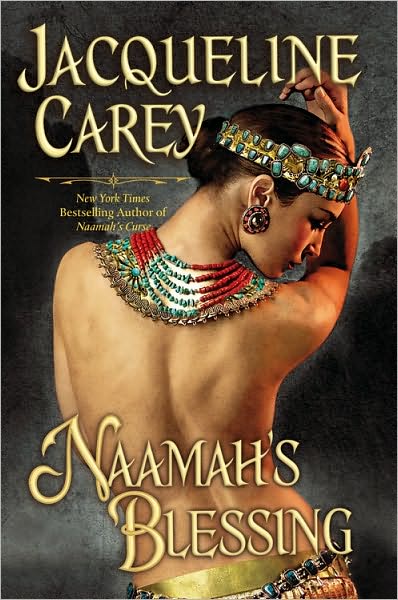 The original trilogy of Kushiel books has spawned two others,with the current one on deck featuring Moirin,another young woman born with magical gifts who journeys to Terre d'Ange in search of her true destiny.

Much like her passionate predecessor,Moirin is forced to choose between her heart and the fate of others in lands far from her birth home as in the newest installment Naamah's Blessing.

So far,none of Carey's riveting sagas have been adapted for film but perhaps with the positive public response given to HBO for Game of Thrones,maybe Phedre and Moirin will make their live action debuts on the small screen. That would be something to see,indeed: 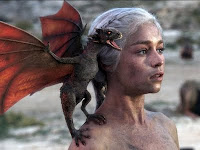 Speaking of Game of Thrones,choosing only one strong female from the ranks of George R.R. Martin's continuing saga is not a simple task. There are many maidens of might on hand,from determined mother Lady Catelyn Stark to her lone wolf daughter Arya and the insanely ambitious Queen Cersei(plus a few others that will be seen on the TV series as time goes on).

The warrior woman that I care to champion,however,is Daenerys,the last princess of the House of Targaryen aka Stormborn,First of her Name. Within the mountains of pages in the Song of Ice and Fire novels and the first season of the HBO series,she has grown from the timid girl forced into marriage with a foreign warlord as the price for her mad abusive brother's dreams of conquest to a woman ready to claim her true birthright,fueled by the sorrows of her past and embracing the powers of her ancestors.

With the release of the next book in Martin's planned seven book saga,more should be known about Dany's progress towards the Iron Throne. When and if she does reach those shores,this Dragon Queen will make all tremble in her wake and that will be worth the price of admission,truly: While not all fantasy series do right by every type of character,the same can be said of nearly every genre and it's best to encourage such examples of those once oppressed but now empowered by their differences.

Like most imaginative genres,fantasy has it's highs and lows in the pop culture spotlight and when a strong female figure rises up from the rest to acclaim,she may not necessarily need your support but it never hurts to give it: