Over the course of two days, I viewed the four hour documentary Never Sleep Again: The Elm Street Legacy which chronicles the rise and fall of the Nightmare on Elm Street films.

The movie was fascinating,with plenty of behind the scenes insights from the actors( Johnny Depp and Patricia Arquette were no shows here),producers,writers and f/x folk involved in making this series a scary success. One of the topics brought up was the surprising commercial appeal of Freddy,which inspired in me a nostalgic look back at how Freddy invaded the mainstream and took it by storm:

As a natural focus on the youth market,The Nightmare series aimed right at the heart of MTV with not only tie in music videos from Dokken and the Fat Boys but interactive promos with the VJs as well.

Freddy's hosting of music video hours became a regular part of the advertising campaigns for the films and were good practice for the Freddy's Nightmares TV anthology series that came(and quickly went)later on:

Freddy mania also spread to one of the more popular ways to reach out and touch someone back in those days;900 numbers.

A special "Talk to Freddy" line was set up so that you could pay two dollars for the first minute to listen to Kruegar tell you a gruesome bed time story. Yes, I did dial up him back in the day and believe me, the hype in the ad was much more frightening.

New Line also conducted a few contests via phone,offering cash as well as tons of terrifying prizes such as posters,Fangoria magazine subscriptions and even the chance to appear in "Freddy's Dead". I don't know if anyone did win that last one: 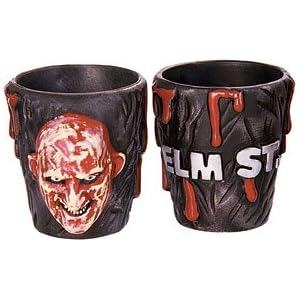 Another commercial avenue explored for Freddy was guest appearances on TV shows. While clearly he wasn't kid friendly enough to show up on the Muppet Show,Freddy did make his presence known on a puppet casted satire show called D.C. Follies.

The comedy skit series was intended as the American version/rip-off of Britain's Spitting Image program and Fred Willard was the only other human onscreen. D.C. Follies took place in a local Washington watering hole for political and celebrity parody figures of the day and frankly,I wouldn't mind seeing Freddy give a wake up call to the gang running things there these days: 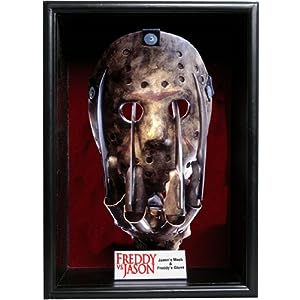 The last official appearance of Freddy on film( by that I mean a Robert Englund performance) couldn't resist a romp into the hallowed hall of hype once again. It was Freddy vs. Jason,after all-a total love letter to the fans of both slasher series.

A Las Vegas weigh-in and press conference was totally apropos and gave Freddy the chance to display his trash talking skills to their best advantage. I doubt that anyone placed a serious bet based on the odds given at this event but hey,you never know: 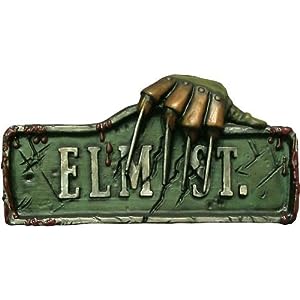 The Freddy fun keeps on going and keeps the legacy of Elm Steet alive for generations to come. While some may rightly be less than thrilled about the camp factor that crept into the series over time,it doesn't hurt to laugh a little about it.

Never Sleep Again shares the joys as well as the hardships of making those movies and it gives a little perspective into the NOES phenomenon that's much needed. Just remember,folks,if you want the perfect Freddy,all you have to do is dream: