Amazon angst bringing out the best and the worst in readers

There's been a lot of talk recently regarding Amazon's new price scanner app,which allows for customers to walk into brick and mortar shops to use the bar codes on the goods displayed there to compare them to what Amazon charges. If you use this application to make your purchase with them online,Amazon will give you five dollars off(as long as you spend at least a hundred bucks).

Since this charming practice has been going on at independent book stores for some time now,folks at the ABA and authors such as Richard Russo have been at the fore front of protesting this rudely aggressive tact by Amazon. While many do appreciate their point of view,some people have a rather callous take on both the app and the plight of booksellers in general. 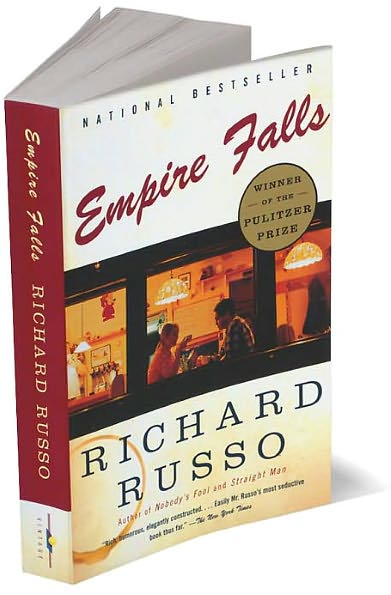 A prime example is an article posted at Slate the other day,which finds fault with Russo's plea in the NYT for physical bookstores to be supported as much as possible by their local communities. According to the writer of this piece(who also has a published book),this notion of keeping book shops viable is all wrong:

" Rather than focus on the ways that Amazon’s promotion would harm businesses whose demise might actually be a cause for alarm (like a big-box electronics store that hires hundreds of local residents), Russo hangs his tirade on some of the least efficient, least user-friendly, and most mistakenly mythologized local establishments you can find: independent bookstores. "

"Russo and his novelist friends take for granted that sustaining these cultish, moldering institutions is the only way to foster a “real-life literary culture,” as writer Tom Perrotta puts it."

First off,I find it curious that this guy cares more about the local electronics store going under than a book store. So,it's okay if only a small amount of people are out of work as opposed to the vast number employed by a larger business? Tell that one to the folks who used to have jobs at Borders and see how they take it.

Secondly,calling indie bookstores a "cultish,moldering institution" is a bit much. Granted,many of the old school booksellers have had trouble catching up to the fast paced marketplace we're all in but plenty of them have also made strides towards becoming part of the internet community as well as their Main Street one and to dismiss them entirely is rather Scrooge like,in my opinion.

He isn't the only one with this attitude out there,sad to say. "Better these businesses were to die and reduce the surplus economic population!" seems to be the sentiment of the day here.: 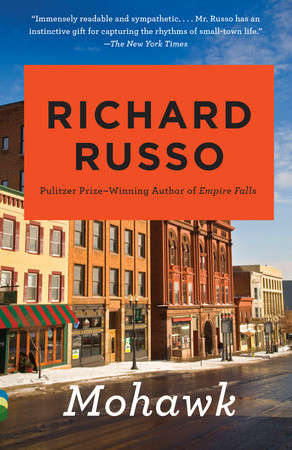 What seems to puzzle this Slate writer is why Russo has any interest in making a case for book stores,since according to him,the only thing that matters is sales and Amazon makes that cheaper and easier which means better to him:

This is the biggest flaw in Russo’s rant. He points to several allegedly important functions that local booksellers play in fostering “literary culture”—they serve as a “gathering place” for the community, they “optimistically set up … folding chairs” at readings, they happily guide people toward books they’ll love. I’m sure all of that is important, but it’s strange that a novelist omits the most critical aspect of a vibrant book-reading culture: getting people to buy a whole heckload of books."

Actually,my friend,this is the biggest flaw in your argument. Part of the reason that Russo has an audience today is due to those booksellers who guided their customers to his books,back when he wasn't a big prize winning author on the bestseller lists.

Those readings helped make him better known to readers and as someone who once met Russo while working at a book signing for his collection of short stories,The Whore's Child,I can vouch for his sincere gratitude to the efforts of independent book folk in spreading the good word on his behalf: 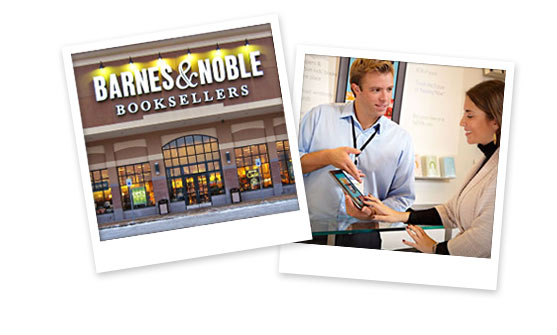 Now,I won't denying buying books online myself and yes,saving money is a good thing,especially in hard times like these. However,that doesn't give any website the right to encourage their clientele to rub it in the face of their competition. It's like going into a restaurant and eating food that you've brought in with you in front of the wait staff.

I also think that there is room for chain and independent bookstores,plus their internet equivalents. I'm happy to own a Nook,because at least Barnes & Noble is a bookseller that is willing to keep up with the times and yet still maintain a physical presence for customers who enjoy the pleasures of browsing and buying in real time.

However,we need indie book stores just as much,if not more. They provide a specialized service to the community by focusing on the direct needs of their customers and highlighting local interests and history that could get lost in the shuffle of a larger store. Both ends of the literary spectrum can be met,with libraries bridging the gap for all:

On the bright side,there still seems to be a strong segment of the literary community that wants to have book stores around in their neighborhood as well as online. Whatever technological advancements are yet to come,nothing truly replaces
the delight of a print book.

If I ever become fortunate enough to finally get one of my novels published someday,it would be nice to be able to go to a bookstore and see it on a shelf. Such a small pleasure might be old fashioned but it would be truly sad to let it go,in the interest of pushing a modern day money making machine forward: