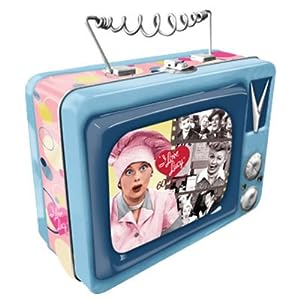 Continuing our review of the Best of the Year,television has become an even more viable option for entertainment than ever before due to the rising cost of attending movies,concerts and plays.

It's hard to claim that you're being deprived of serious content or grown-up thrills when such basic cable channels such as F/X and AMC are pushing the limits that no longer hold back premium cable networks like HBO or Showtime. While it's not the perfect media medium,TV can still stand tall amongst it's numerous rivals for pop culture attention.

With that in mind,here are my favorite TV moments from 2011;those special scenes and characters that will linger in my thoughts long after these programs are distant reruns:

One of the few debut show that I've actually stuck by this fall is CBS' 2 Broke Girls,starring Kat Demmings and Beth Behrs as a rich girl/poor girl duo who strive to break out of their waitress world by saving enough money to start their own cupcake business.

What got me interested in this show in the first place was the very first scene of the pilot episode,where Demmings' sassy waitress Max educates a pair of hipster customers on the proper way to speak to a food server. Her snappy tone set the pace for the series,which has slowly but surely caught on with a wider audience and hopefully will be on air for more seasons to come: 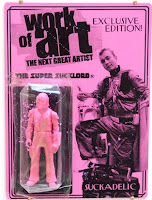 The second season of Bravo's Work of Art has it's share of unique contenders but the true standout in the crowd was The Sucklord(aka Morgan Phillips)whose unwavering loyalty to pop culture was his best artistic strength and also his weakness(according to some,namely Judge Jerry Saltz).

While his projects didn't always work out even to his own standards,The Sucklord won over many viewers with his quiet demeanor during critiques and displays of fervent passion when it came to such matters as sticking up for another competitor's piece or caring more about pleasing a young client than playing up to the judges' tastes.

The Sucklord was inevitably eliminated from the show,but not before delivering a classic exit line from one of his favorite films,Star Wars. In a way,he's truly living up to that final statement as even those who weren't big fans of his are missing him here:

3)FAIRYLAND FRUIT IS NOT SAFE TO EAT

Season 4 of HBO's True Blood got off to an exciting start,as Sookie found herself amongst the fairies,thanks to the intervention of her fairy godmother.

As she marveled at the beauty of the place and met some new and old friends(not to mention her long lost grandfather!),Sookie began to realize that things were definitely not what they seemed to be. Wisely,she chose not to eat the glowing fruit offered to all of the visiting humans and tried to get her grandfather to join her in finding a way out of there.

That resistance aroused the ire of Mab,the fairy queen,and Sookie's continued defiance caused the enticing illusion around them to fall away and expose the ugly truth. That was the most we saw of the fairy folk this year,which should lay the groundwork for more fae follies next year:

2)A CROWN FOR A KING

Picking just one moment from HBO's adaptation of George R.R. Martin's first book in the Song of Ice and Fire saga Game of Thrones was a nearly impossible task. The entire series possesses an abundance of brilliant sequences such as Daenerys hatching the dragon eggs in the finale,the death of Eddard Stark and just about any time Tyrion Lannister gets to speak.

If pressed,however,my truly favorite scene would have to be the well deserved comeuppance of Viserys Targaryen,the viciously spoiled exiled prince and would be king. He gladly sold his sister into marriage with the Dothraki warlord Drogo in order to gain an army but his abusive nature and jealousy towards Daenerys grew to the point where his presence could no longer be tolerated.

Viserys pushed his luck to the limits when he threatened his sister with a sword towards her pregnant stomach and demanded that his brother-in-law give him the crown that was promised to him. Drogo obliged,giving that saying "be careful what you wish for" a deadly golden ring to it: 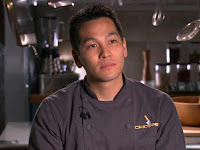 1)A TRULY GENEROUS PORTION OF HIS PLATE

The Food Network series Chopped occasionally offers a second chance for those chefs who come in second place. On one Redemption episode,we had Lance,whose good nature and forthright faith impressed folks on his first shot at winning,return to claim victory along with the ten thousand dollar prize.

The final round had him competing with Yoanne,who was still trying to earn enough money to visit her ailing grandmother in France. Her determination to see the woman that inspired her to become a chef in the first place was seen as a fall during the entree round caused Yoanne to receive second degree burns on her legs. She refused to give up and made to the dessert portion but lost out to Lance in the end.

However,Lance was so moved by her plight that he stopped Yoanne from taking her exit walk and insisted on buying her that ticket to France. It's rare to witness an act of sincere kindness like this on a competition show and such moments truly give you renewed hope in the inherent goodness of humanity:

I'm afraid that this look at the best must conclude with one of the worst,namely Alec Baldwin's attempt at self deprecation on Saturday Night Live this past weekend. As many of you know,Baldwin held up an airline flight for about forty five minutes due to his refusal to turn off his phone before take-off.

Baldwin's tantrum,which extended to hiding in the airplane bathroom in order to keep playing Words With Friends(which is just bootleg Scrabble,if you ask me),caused the crew to remove him from the plane,something that he considers a great injustice.

His mature response to the bad press that this incident was getting was to appear as the pilot of the plane and offer an apology to himself,that I am linking rather than embedding in this post out of sheer disgust at his behavior.

I think that's a real shame that Baldwin was granted this spot to mock the airline's pilot and crew members as a means of soothing his bloated ego and while SNL may have thought it was a great comedic opportunity to pounce on, the feedback on this skit makes the show appear to be eager to pander to the whims of a spoiled rotten celebrity.

As for you,Mr. Baldwin,you may be as happy as Charlie Sheen was earlier this year in wallowing in your own public pool of delusion about your behavior but don't expect the rest of us to join you. You can believe that you're the hero of this story all you want but most of us out here are not sheeple blinded by your dubious charms. I prefer to hold out for a true hero or at the very least,a villain with excellent musical timing:

I have to admit I haven't even heard of some of these shows ;/ But some sound worth a look. I really don't watch TV a lot. I'm more of a book/movie fanatic... Thanks for sharing!