This year's hot holiday gift for the kids is a set of scary sweet dolls known as Monster High,with a whole line of tie-in goods along with books and animated specials devoted to them(not to mention available for purchase). 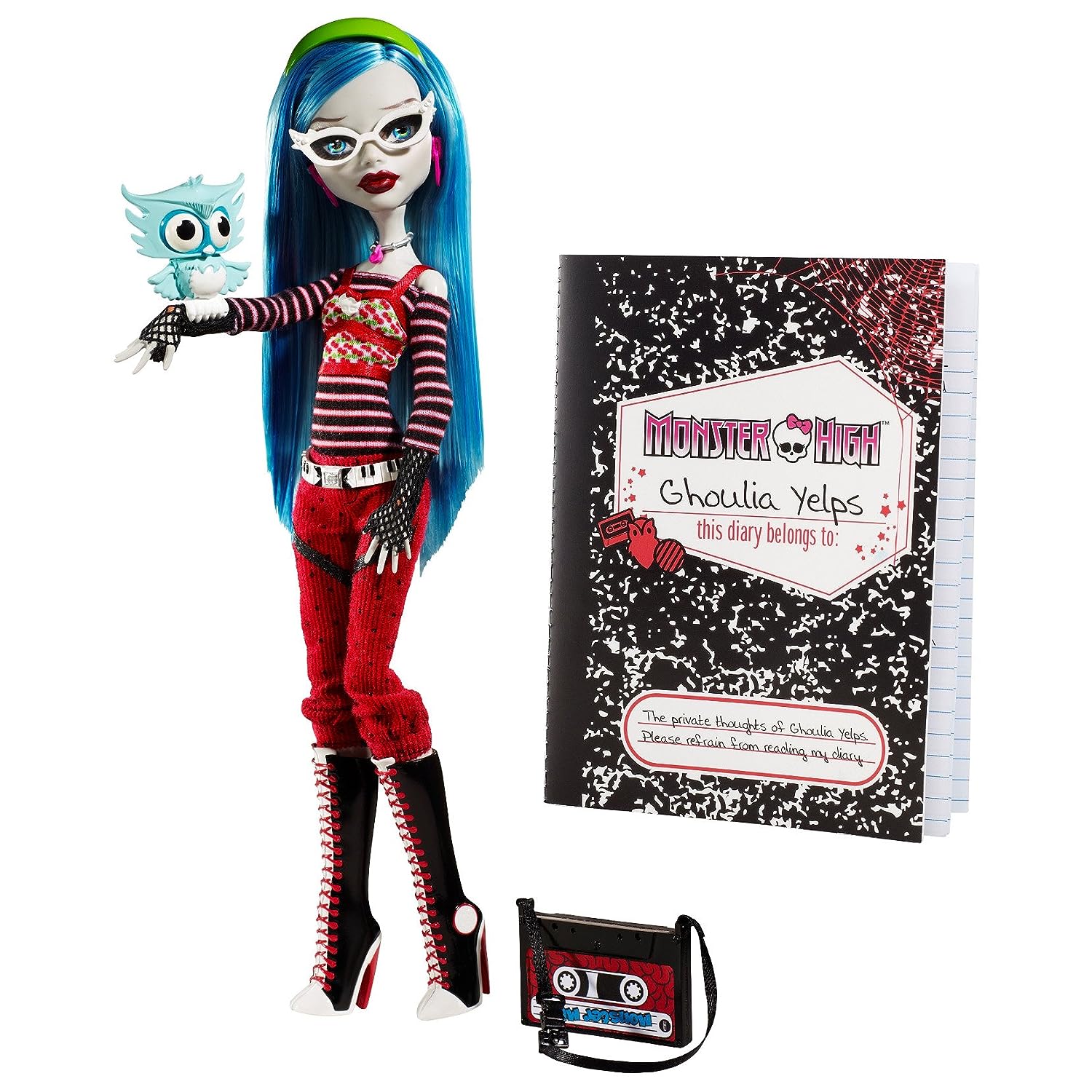 They're basically teenage girl versions of classic monsters with names like Frankie Stein,Clawdeen Wolf and Cleo De Nile. I have to admit that, despite the rampant commercialism,these gals and their ghoulish guy counterparts are pretty cool.

Yes,this is yet another trendy toy that may not last for long but the message attached to them-"where freaky is fabulous!" is a good one for young people to hear:

The downside of Monster High's popularity is more for adults,particularly parents who are hunting these dolls down at every retail outlet and website that might still have them in stock.

We've had a lot of must-have toys over the years but dolls seem to attract a special brand of intense desire amongst folks. The biggest moment in time for doll mania that I can recall are the era of the Cabbage Patch Kids back in the 1980s.

The demand for them was so great that new lines of the adoptable darlings were cranked out as fast as humanly possible beyond the usual talking and dress up editions. You could get a "preemie" or a set of twins,plus a pony for them to ride on! It did get to be a little surreal there:

Of course,there are those who insist that an action figure and a doll are nothing alike but when it comes to getting one time for Christmas,such distinctions tend to go out the window.

The frenzy that parents go through in order to have their child not be the only one in their circle of peers to not have that very special doll of the moment is the same,whether you're talking about a Bratz or a Power Ranger. It's become a living nightmare trope for busy at work moms and dads to be too late to the big kid trend party:

Speaking of nightmares,the insidious hold that these dolls have over both children and adults alike makes for excellent horror movie fodder.

It helped the original Child's Play movie,for example,to have the likes of Teddy Ruxpin and My Buddy lining the toy store shelves and getting a constant round of TV advertising during Saturday morning cartoons.

The twisted antics of Chucky and his later devious doll companion Tiffany have no longer included scaring hapless children,over the course of the slasher sequels which is fitting since it's the grown-ups who fear the influence of these supposedly innocent cuddly companions for their youngsters the most:

So,in a way,this cycle of doll demand has come full circle with Monster High embracing the sinister with the sweet. Blending more than one genre together has proven to be refreshing for both ends of the spectrum and who knows what year may bring in terms of dolly delight. One thing is for sure,these deadly looking dainty dames should make for some fun and funky memories for the next generation to come:

I just picked up couple of these monster high dolls for my daughter for Christmas. I though they looked cool.