A singalong salute to Davy Jones 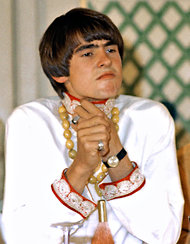 For an old school gal like me,this recent news was shockingly sad to hear-Davy Jones has passed away. The British singer,best known as one of the main men from The Monkees,was 66 years old and said to have had a heart attack.

Like many people of my generation,I first knew Davy Jones through The Monkees' TV show(a band put together by corporate execs and included Micheal Nesmith,Mickey Dolenz and Peter Tork)and wasn't familiar with his stage work and television appearances over in England(such as Coronation Street and the musical Oliver!).

I just knew that he was the cutest Englishman I had ever seen. Yes,folks,before Colin Firth,I had a major jones for Davy. Part of his appeal was the sincerity of his personality that lasted long beyond his heyday years and in that spirit,I would like to take a fond look back at Davy Jones through his music. 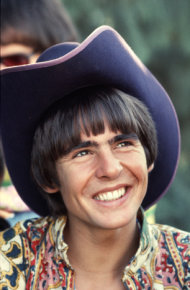 Davy didn't always sing the lead on every Monkees song but when he did,your ears felt like they were floating. His biggest front man number was "Daydream Believer",with others such as "Valerie" and "I Wanna be Free" in Jones' line-up.

He did of course contribute vocals and instrumentals to the likes of "Last Train to Clarksville","Pleasant Valley Sunday" and "I'm a Believer",yet this sweet little ditty still remains a pop culture classic:

Davy did have a career after The Monkees,making various guest spots on shows like Love,American Style,Sabrina the Teenage Witch and Spongebob Squarepants(in a live action cameo) as well as voice work for animated series such as Scooby-Doo and Hey,Arnold.

In addition,he participated in more than one Monkees reunion tour and specials,plus recorded a song for Sandra Boynton's board book,"Your Personal Penguin." He also released a couple of solo albums for grown-ups,with 1971's "Rainy Jane" becoming a strong stand out single: Jones' most iconic pop culture crossover was his special guest role on an episode of The Brady Bunch,where Marcia overstepped her bounds as president of his fan club and promised to get him to perform at her local school dance.

That,of course,all worked out for the best yet you could feel some of Marcia's angst there,especially during the scene where she slipped into the recording studio and tried to plead her case before Davy's manager. Nowadays,it wouldn't be that easy to sneak into a session like that or get sent off without some strong arm security but those were the days,I guess:

Naturally,that Davy Jones at the dance bit was highlighted in the satirical Brady Bunch Movie and not only did the man himself show up,his rendition of "Girl" with a more modern edge to it really has quite a kick to it there. Guess good music can survive in any atmosphere.

So,it is with sorrow that we bid Davy Jones farewell and offer his loved ones our deepest condolences. However,I and many others would also like to thank him for making our lives that much brighter by his presence on the pop culture stage: