One TAR Team gets a double dose of luck,The Vampire Diaries date back to 1912 and a look at Tabatha Takes Over 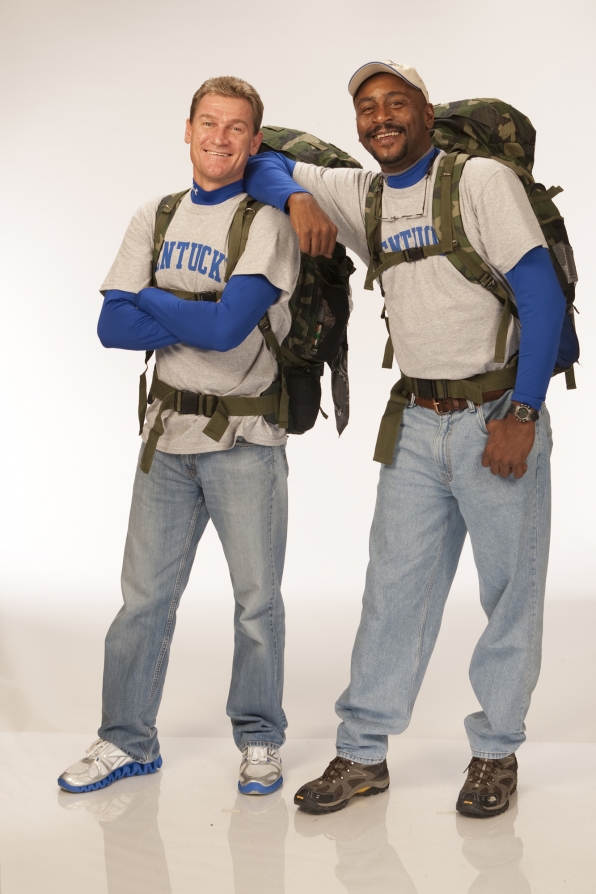 The teams on The Amazing Race this week were sent to Turin,Italy but lagging behind were Mark and Bopper,aka Team Kentucky.

The guys headed for the airport without stopping at a travel agency first as instructed,which meant that they had to double back and wound up taking a later flight than the others,which put them at the back of the pack.

Despite that bad start,the fellas kept a good attitude going throughout(a lesson that Team Big Brother should learn there)and plowed ahead to reach the Pit Stop.

Team Kentucky arrived last,and as they were waiting to be told of their fate by Phil,the guys from Team Border Patrol(Art and JJ)had a surprise for them. Bopper has a very sick daughter and part of his motivation for being in TAR is to pay for her healthcare. Since the Border Patrol boys won five grand apiece for being the first to arrive this leg,they offered half of those winnings to Bopper.

He was so grateful for their kindness but the surprise portion of this leg wasn't over yet. Phil told him and Mark that this was a non-elimination round,so Team Kentucky gets to stay in the game for a bit longer. I was glad to see such a nice moment amongst a lot of pointless bickering that some of the teams indulged in:

After another brief hiatus(the better to stretch out the season,my dear),The Vampire Diaries returns tonight with a subplot that highlights a blast from the Salvatore boys' past. 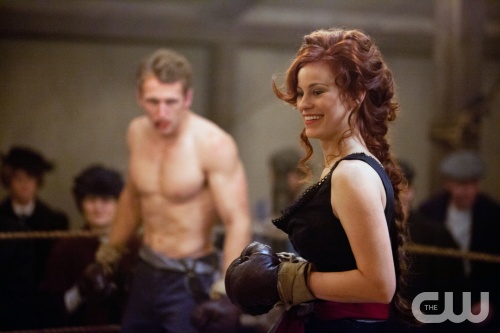 As they're trying to solve the strange staking murders occurring in modern day Mystic Falls,Damon is reminded of a similar spree back in 1912,where a beautiful vampire named Sage showed him the ropes towards leading a carefree immortal life.

Something tells me that Sage is going to re-enter Damon's world and perhaps not for the better this time out. Those Salvatores,they always have girl and family troubles but they do look stunning in period clothes:

The Bravo series Tabatha's Salon Takeover has grown so much in popularity that in their fourth season,the makeover mission has expanded beyond beauty parlors.

While Tabatha Coffey still gives help to struggling hair stylists,Tabatha Takes Over now also tackles other businesses in need of a firm yet considerate hand. So far,her advice has been offered to a legendary beach bar that needed an update,a yogurt shop with bad tasting product and most recently,a dog grooming salon with an overbearing owner.

Tabatha's expertise is in hair styling,of course,but her practical approach to management and strong yet supportive manner in dealing with staff does seem to apply to more than one setting.

Not every place improves after spending time with Tabatha(due to not keeping up with her advice and standards),however she appears to have the same success rate with the newer businesses that she does with her regular round of salons in jeopardy.

This new twist on the show might have unsettled some of the fans but in the long run,giving Tabatha more space to strut her stuff and kick ass where needed is a good thing indeed:

SWEET GENIUS: A new season of sugary strangeness returns tonight and if you haven't sample it yet,this might be the right time,particularly if you're not interested in watching March Madness: