A few Reading,'Riting and Rebellion selections for Banned Books Week 2012

The 30th anniversary of Banned Books Week begins on September 30,ironically enough,and the mission to spread the word about books that many are attempting to restrict or remove from public access is more relevant now more than ever.

Seems rather interesting that any work of fiction that explores the notion of how a social order can be used to suppress free will is most often a frequent target of censorship. Coincidence? You decide after checking out one of these stories that perhaps hit too close to home for some people:

THE HUNGER GAMES: This young adult series by Suzanne Collins has gotten very popular over the last couple of years,particularly with the success of the first film made from this trilogy about a futuristic world where children are forced into partaking in a televised for the masses tournament of death.

Some of the charges made against this series were due to the necessary violence but others seemed a tad random-granted,I've only read the first book but I don't recall anything that was "sexually explicit" or "satanic". What probably is the real reason for most of the complaints is the strong connection between reality TV and blood sport as distraction for society's problems that this set of novels explores: 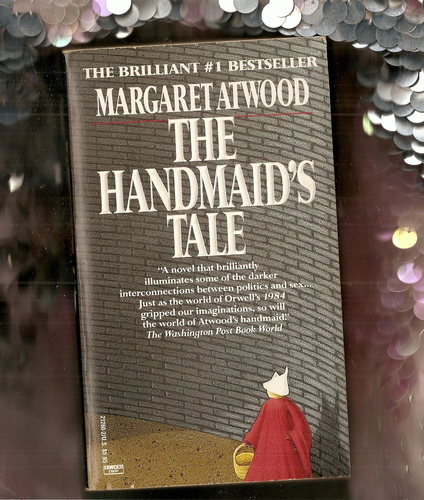 THE HANDMAID'S TALE: Margaret Atwood's novel about a formerly free society overtaken by a dogmatic regime who insist on dividing up women into certain classes determined by their "usefulness" to the state has been accused of being too sexual in nature and anti-religious,particularly anti-Christian.

However,there are a number of places around the world where women,both past and present,have been repressed by more than one faith based group which is what makes this story so universal.

The real thread of tyranny in this work is not about any one religion but the sad and scary idea that women should and need to be controlled,particularly when it comes to their reproductive rights. Making that notion a political mandate is a nightmare that no one of any gender wants to wake up to,even in fiction: BRAVE NEW WORLD: A calmer form of oppression is detailed in Aldous Huxley's classic novel about citizens of the World State are lulled into a peaceful existence by the powers above with an abundance of Soma pills,along with gene splicing and rampant consumerism.

Considering that this book was written in 1932,Huxley's observations about just what would contribute to a possible social downfall are eerily accurate. Instead of complaining about the "offensive language" and "insensitivity" perceived here, folks should use this story to take a better look at the frightening similarities between that imagined realm and our own: 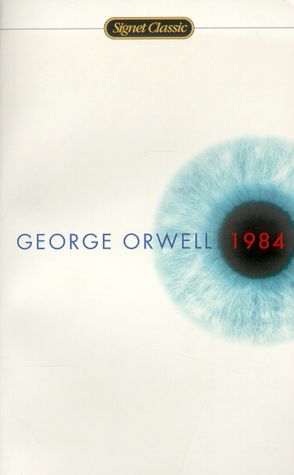 1984: No list of this sort would be complete without George Orwell's timeless statement on the subject. This book has been fully absorbed into the pop culture that most people understand what you mean when you accuse someone of Doublespeak or mumble "Big Brother is watching you"(although I doubt that Orwell would very much appreciate that term being used for a reality show).

Yet,it's more than just a quick and easy reference to perceived deception and dubious monitoring. Orwell's characters,particularly the leading man Winston Smith,realistically examine the thin line between the fear of being manipulated and fear of breaking free from that manipulation. While that actual year has come and gone,the message of the novel is never out of date:

Whether or not you read any of these books,the freedom to do so or not is what's important,not only this week but all year round. Even in a nation such as ours that is devoted to keeping a forum for idea free and open to all,this sacred privilege should not be taken for grant or underestimated.

Even if some of the books that appear on the banned lists are not to your literary or personal taste,that is all the more reason for protecting their right to be read. One of the great things about America is our wide variety of pop culture choices and everyone in every state,as well as around the world,deserves to share in our rich book bounty: