Have a Happy Jane birthday and a Merry Austen Christmas! 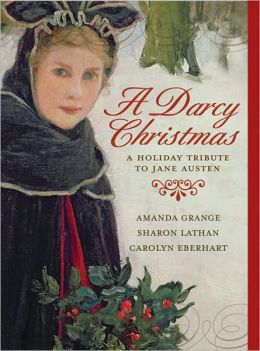 This weekend,Jane Austen fans will be celebrating her 237th birthday and since she happens to be one of those people whose special day comes so close to Christmas,I thought it would be nice to combine both of those themes together.

One of the best ways to enjoy December 16 in Miss Austen's honor is to read a good book about her or her characters such as A Darcy Christmas,a collection of three short stories featuring the Pride and Prejudice cast around Yuletide.

The authors assembled here are Amanda Grange,Sharon Lathan and Carolyn Eberhart.I was lucky enough to win a copy from a chat room giveaway held by Austenesque Reviews(much thanks to Meredith Esparza and Sharon Lathan for my prize)and it's been a sweet treat so far.

The only Austen novel that I can recall that features Christmas prominently is Emma,in the section where a Christmas Eve party brings new guests and old,not to mention a rather unexpected marriage proposal.

It's also nice to see Emma and Mr. Knightley make up their quarrel over Harriet Smith's refusal of Robert Martin,as well as the sarcastic delights of John Knightley. In many ways,it is an amusing holiday gathering but perhaps not so much for some as for others: 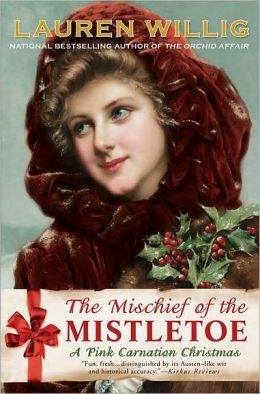 The gals at The Lizzie Bennet Diaries have taken to highlighting the holidays and in this most recent episode,Lydia happens to have a December birthday and plans to throw one of her usual "modest" parties while her parents are out of town.

That leaves our Dear Lizzie somewhat in charge,a prospect that she's looking forward to as much as another ear splitting blast from her father's new Christmas train whistle. Then again,she did forget her sister's b-day and you do only turn 21 once:

What's a birthday or Christmas without presents and if you're in the mood for a little online shopping,the Jane Austen Centre in Bath has quite the extensive offerings.

They have just about everything an Austen admirer could desire,from teacups to clothes,jewelry,books and even costumes from a few of the more recent Austen adaptations.

You can buy items by theme,such as I Love Darcy,Keep Calm and Read Jane Austen and of course,the Pemberley collection. You can also buy specific novel themed items like a Persuasion perfume. Not sure what that book would smell like but it certainly wouldn't take a lot of arm twisting to get me to try it:

If you're worried about something from overseas not arriving on time for the holidays,you can always indulge in an Austen treat closer to home such as my new ebook,The Austen Avenger(shameless plug alert!),which is currently available for free at Smashwords and Kobo,coming soon to other fine online retailers near you.

In the meanwhile,have a lovely Jane Austen time this season and may you get what you truly want underneath your Christmas tree(or other holiday decor),especially if it's true love: