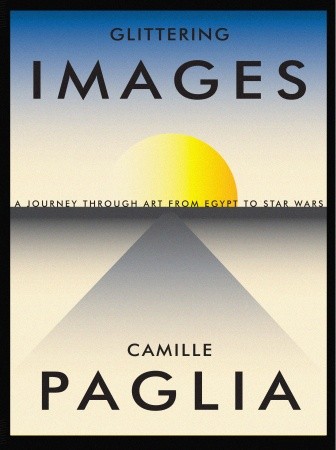 For years now,you have engaged in some lively discussions about women and pop culture in the media and it's been entertaining as well as thought provoking. However,with your most recent cultural critique,I'm afraid that you may have dropped the ball on a few salient points.

Your piece for The Hollywood Reporter,which targeted Taylor Swift and Katy Perry as destructive to the feminist cause seemed a bit harsh there. Granted,I'm not a big fan of either singer(particularly Katy Perry)but I hardly think listening to their songs will turn all of our modern young women into retro 1950s man pleasers or in your words:

"As if flashed forward by some terrifying time machine, there’s Taylor Swift, America’s latest sweetheart, beaming beatifically in all her winsome 1950s glory from the cover of Parade magazine in the Thanksgiving weekend newspapers. In TV interviews, Swift affects a “golly, gee whiz” persona of cultivated blandness and self-deprecation, which is completely at odds with her shrewd glam dress sense."


...."Beyond that, Swift has a monotonous vocal style, pitched in a characterless keening soprano and tarted up with snarky spin that is evidently taken for hip by vast multitudes of impressionable young women worldwide. Her themes are mainly complaints about boyfriends, faceless louts who blur in her mind as well as ours. Swift’s meandering, snippy songs make 16-year-old Lesley Gore’s 1963 hit “It’s My Party (And I’ll Cry if I Want to)” seem like a towering masterpiece of social commentary, psychological drama and shapely concision." I know you meant the Lesley Gore reference as a slap in the face but you do recall that a year after she released "It's My Party",Gore came out with "You Don't Own Me",a song that has a woman renounce male control over her life,right?

That song is considered a stepping stone for feminist anthems such as I Am Woman and was recently used as a battle cry for woman's reproductive rights during this last election. Perhaps,you were trying to pay Miss Swift a backhanded compliment there or at least I hope so:

Granted,I'm not in the age bracket that Taylor Swift's music is being marketed to,but from what I can see,she's a talented young woman making the transition from teen to adult audiences(with a greater handle on maturity that someone like Britney Spears has,who you seem to favor in your article)and doing it well.

Her influence upon young girls and women is no worse than Hannah Montana or Carly Rae Jepson has been but Swift seems to have her head on straight and she should be commended for that instead of condemned. Denying an outlet for lighthearted feminine expression is just as regressive to the feminist movement as any of those disgusting T shirts that Spencer's Gifts sells,in my opinion.

Also,Taylor Swift's recent big hit,"We Are Never Ever Getting Back Together" does showcase her snarky side very well and if she wants to deliver her refusals to a persistent ex-suitor while wearing bright colors and dancing around with oddly costumed friends,more power to her,I say:

As to Katy Perry,I do agree that she's quite the live action cartoon there(sort of a cross between Bettie Page and Betty Boop)and her naughty girl routine does get tired rather quickly.

However,I don't see her as having Joan Crawford smiles or acting like a " manic cyborg cheerleader". That sounds a lot more like Madonna these days, a pop culture diva that I know you think very highly of. While she did break some new ground for powerful women in entertainment,Madonna has become the Norma Desmond of the music scene lately.

With her persistence in plateauing as an artist and clinging to the notoriety of her youth by pulling publicity stunts that even she would have rejected back in her hey day,Madonna has turned into a parody of herself and not in a good way. Katy Perry,in some twisted way,is sort of following in her worn out footsteps and who knows,maybe she'll grow up before Madonna does:

Also,you appear to be rather preoccupied with the plight of "middle class white girls" and lamenting that they're not being shown the "authentic sizzling eroticism" offered to others via Rihanna,Jennifer Lopez and Beyonce. First of all,those three ladies are well known to more than one audience and age group, plus those sexy personas that you admire are just as manufactured as Taylor Swift's and Katy Perry's are.

Secondly,while there are cultural differences between certain groups,shouldn't we be concerned about influences for all young women out there equally? You've studied art for a long time,Ms. Paglia,and it's the universality of common experiences that brings all sorts of different parties together. Your concerns about the lack of roles for aging women is not a new argument but it is a prevalent one. A good way to remedy that for Hollywood actresses is to take a cue from their British sisters.

One of the better movies that came out this year was The Best Exotic Marigold Hotel,which boosted three major female stars,Dame Judi Dench,Penelope Wilton and Maggie Smith and could land any of them an Oscar nomination along with Helen Mirren for her work in Hitchcock.

Smith and Wilton are also stars in the hit series Downton Abbey as have as many fans as the younger ladies in that cast. Aging American actresses seem to have better success on the small screen these days such as Glenn Close in Damages and Jessica Lange in American Horror Story. It would be nice to see that trend cross over into big screen films as well(without forcing Meryl Streep to retire)but with some effort and time,I believe that we'll get there. Getting back to music,I think you're overlooking a whole slew of prominent female artists out there such as Adele,Gwen Stefani,Pink,Nicki Minaj and even Kelly Clarkson,an American Idol sweetheart who has really made her own mark outside of that competition.

Don't be so quick to underestimate the driving female forces in the industry,even if they don't fit into your personal definition of what a forceful female should be. Even those clean cut appearing gals can have some real layers of depth beneath their shiny surfaces:

To sum this up,Ms. Paglia,while I do respect your opinion and educational background,you're not sounding very knowledgeable here. I know that it's time consuming to keep up with the latest in any pop culture field(goodness knows I don't attend to music as much as I used to), yet if you're going to talk about it in a public forum,you should bone up on what's new and fresh there first.

You're a teacher,Ms. Paglia,and if you had a student who stumbled as much as you did in this article,you'd ask them to do their homework before stating their case next time. Otherwise,it'll be too easy for your audience to simply kiss your input off and that would be a shame for all concerned.

Lady T and the rest of us pop culture divas: