Getting into the Downton Abbey spirits with some spirited laughs 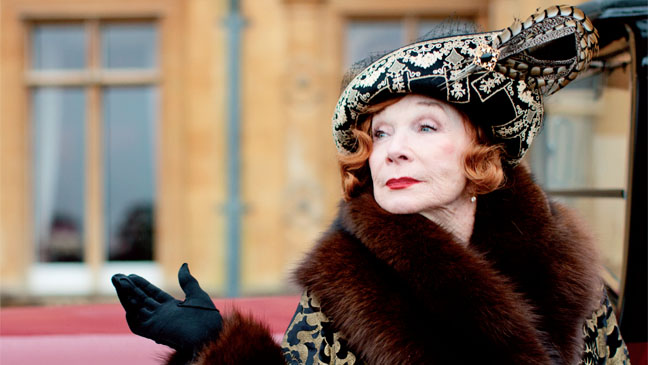 With a new season of Downton Abbey about to begin,many fans will be having viewing parties both on and offline.

Since I,like most DA followers,will be enjoying the show solo and intend to wait until Monday to see what everyone else thinks on the internet,this parade of Downton Abbey parodies is my small yet silly way of celebrating.

First up is a British skit that imagines Simon Cowell taking over the estate and bringing a few rather unsuitable staff members along with him. Granted,I'm not that familiar with Cheryl Cole but that part was pretty funny to me,nonetheless:

Next,we have Jimmy Fallon re-imagining his late night show as a Downton like saga,complete with heirs old and new,plus a scheming footman looking to rise in the ranks. Wonder if he'll do a part three sometime soon there?:

Speaking of late night,Stephen Colbert was so miffed that the First Lady got an advanced copy of DA that he treated his audience to a preview of Breaking Bad as performed by the gents of Downton.

The language may be a touch on the rough side but the humor is spanking fresh,indeed:

With the Super Bowl due to arrive soon,it seems fitting to replay the "Super Proper Bowl", The snacks may not be as filling but the wit is certainly sharper and the joy upon victory as strongly felt in any football stadium:

See you all next week,when our Downton delights will be fully engaged. My take on the new season will appear in the usual LRG TV Thursday posts and I will endeavor not to spoil anything for anyone who hasn't caught up just yet.

Speculations abound about what is to occur at Downton this season but one thing is for certain and this is that the Dowager Countess Violet will have something most memorable to say on every occasion: