Mixing up a batch of Oscar Nominee Substitute Salad

The film awards season kicked off last night,with the Golden Globes being a considerable hit with just about everyone. Hostesses Tina Fey and Amy Poehler were in fine comedic form and amongst the worthy winners were Daniel Day-Lewis,Jennifer Lawrence,Hugh Jackman and Anne Hathaway(congrats to all).

The trophies handed out yesterday will affect the Oscar race,as Ben Affleck received many of the honors that he is not up for at the Academy Awards while the path is made clear for Day-Lewis and Hathaway to get their golden boys. This also increases the interest that folks have to see as many of the big movies before the big show,yet it may be hard for some of us to do so.

In that instance,let me offer this handy guide to acceptable alternatives for Oscar anticipation viewing. Whether a trip to the multiplex is not in your budget right now or the films you want to see are not playing at a theater near you,all of the flicks I am about to name are within your rental reach:

IF YOU CAN'T SEE LINCOLN....then check out Abraham Lincoln,Vampire Hunter based on Seth Grahame-Smith's monster mash-up novel. It's also a great pick for President's Day and certainly more entertaining than certain other stories about the Great Emancipator(not to mention is honest enough to be called entertainment)there.

Granted,Benjamin Walker's Lincoln may not have the eloquence of Daniel Day-Lewis but he does look awesome when swinging that ax and taking down those rebel vamps: IF YOU CAN'T SEE ARGO.... try Wag The Dog,which has plenty of star power from Dustin Hoffman and Robert DeNiro alone. It did receive two Oscar nominations(Best Supporting Actor and Adapted Screenplay)in some of the same categories as Argo but hopefully,the latter's luck in that regard will be better.

IF YOU CAN'T SEE LES MISERABLES....another French flavored musical delight is Gigi,which won several Oscars in it's year of release. Both are based upon works by classic French authors and both were made into stage productions for Broadway. The main difference in that last part is that Gigi was turned into a film first and then a play a few years later(in 1973).

While Gigi is certainly far more cheerful than Le Miz,it has just as many memorable songs and Leslie Caron does share a similar look with Anne Hathaway. One huge advantage that Gigi has over Le Miz is that there are actually French folk in the cast(not that takes anything away from Le Miz there but still...):

IF YOU CAN'T SEE SILVER LININGS PLAYBOOK...Billy Wilder's The Apartment should satisfy you nicely. Both have troubled young men trying to sort out their lives by dealing with tricky mentors and falling in love with quirky young women.

Also,both stories are a blend of comedy and drama that received multiple Oscar nominations. The Apartment won five out of the ten it was up for,including Best Director,Best Screenplay and Best Picture. Like SLPB,the leading man and lady of The Apartment(Jack Lemmon and Shirley Maclaine)were up for Best Actor and Actress,yet neither of them won. With Jennifer Lawrence landing a win at the Globes the other night,history might not repeat itself here: 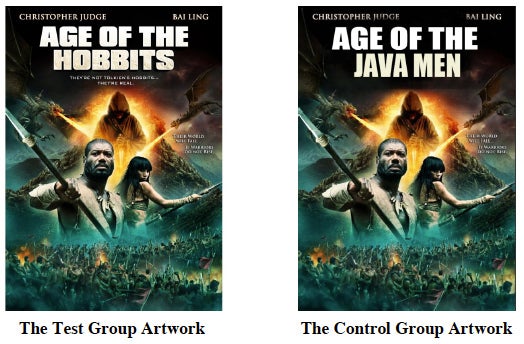 Good luck with your Oscar themed home movie marathons,folks. If you're not in the mood for something fancy,you could load up on a few "mockbusters" such as I Am Omega or Age of the Hobbits(which has been retitled Clash of the Empires,due to a lawsuit)that should get you ready for the Razzies later this season: