Along with the books I have assigned myself for this year's Pride and Prejudice Bicentenary Challenge,there are a few "extra credit" titles that are part of my discipline as a Darcy Disciple. Just recently,I have finished an interesting pair of P&P themed novels that may seem worlds apart but have quite a bit in common with each other.

The first, Yours Affectionately ,Jane Austen, is a follow-up by Sally Smith O'Rourke to her time travel novel,The Man Who Loved Jane Austen,and even if you haven't read the first book(like me), you will be easily able to catch up on the prior story as well as want to check it out afterward.

The leading man in both books is Fitz Darcy,a modern day American who happened to find a portal at his English estate where he encountered Jane Austen and fell in love with her yet had to return to his own time alone.

Part of the reason that Fitz even ran into Jane in the first place was due to Eliza Knight,who discovered a hidden letter to him from the legendary Miss Austen in a vanity set she purchased. Eliza does have feelings for Fitz and hopes that he can return her affections yet the shadow of his time with Jane Austen lingers over them both.

When another unexpected communication from Jane appears in their lives(due to a new time traveler with connections to both Austen and Darcy), Eliza fears the worst for her chances of real romance with Darcy:


Fitz,in return, is worried about his future with Eliza as well as Jane's past being altered to destroy more than one life. Other complications arise,in the form of a disappointed Austen scholar who was counting on using the discovered letter as proof to the "real" identity of Austen's Mr. Darcy. Fitz and Eliza decide to go back to England to untangle this time travel mess before it brings about a change in more than one fate that can't be  stopped.

Fans of the first book may appreciate this sequel better than a newcomer like myself but the writing is truly charming and at times, sweetly engaging. All in all,this is a fine Austen flavored read that bridges the gap between curiosity about the love life of Jane Austen and those who wish to experience her literary legacy from both near and afar:

Victoria Connelly's A Weekend With Mr. Darcy is the first in a trio of novels known as Austen Addicts and so far, the first bite of this Austen apple is rather addicting.

The action of the plot takes place at a Jane Austen convention in England, where professor Katherine Roberts is proud to speak at yet a little concerned about folks finding out about her fan love for the spicy Regency romances of Lorna Warwick.

Katherine had high hopes of meeting her favorite author at the event,especially since the two of them have started a lively friendship via correspondence. Turns out that Lorna is there but in her true form as Warwick Lawton,who prefers to keep his true identity as a best selling romance writer under wraps.

He and Katherine do run into each other and despite a prejudiced first impression,the two of them do manage to hit it off. However, Lawton is torn between keeping his secret and telling Katherine the truth before things get too serious and she gets hurt. 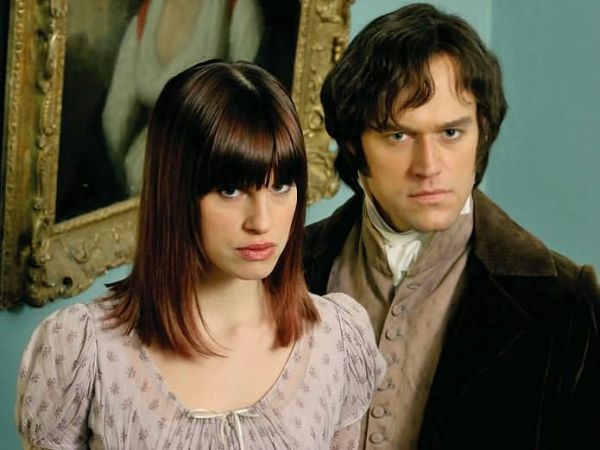 Another complicated romance in the making at this convention finds dissatisfied with life Robin Love hoping to clear her mind by indulging in her favorite fictional world for awhile. Unfortunately, one of her real world worries tags along with her,her clueless boyfriend Jace.

Jace has no interest in Austen or for anything that truly interests Robin but is determined to stick with her,especially when it looks as if she might have a true soul mate at the convention. Robin's love for Austen might help her find solace from her troubles but she also needs to find the courage of her convictions to end one unhappy relationship before starting up another:

The mix of dueling love stories with the ins and out of the Jane Austen convention(which is very well portrayed as attendees of such events,like myself ,can attest to) makes for a delightful dance across the pages that is as enchanting as any ball  that the Bennet sisters would wish an invite to. Katherine and Robin's new found friendship and romances have a good deal of Austen energy that stirs the modern and the old school sensibilities of their situations in a simmering stew that warms both heart and mind:

Both books are available in print editions and e-book,suitable for all forms of TBR piles and book shelves of your personal selection. While each story deals with the love of Austen's past and present day adherence to her emotional guidance in very different ways,what brings them together is the respect for Jane Austen's principles in love for her fictional folk.

Reinventing Austen,particularly her most iconic couple Elizabeth Bennet and Fitzwilliam Darcy,is no small task for any writer to engage in but when it is done well, the effort is well worth praising and passing the good word on so that all can share in the goodness and the hyper media: