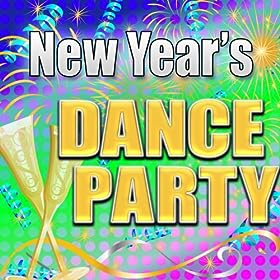 Happy New Year's Eve,everyone and I hope you all celebrate with joy and splendor(plus,safety!). As we tend to do here at LRG, on this occasion we like to leave you with a few songs for your holiday party soundtrack and dancing numbers are in rotation on this jukebox.

For a bit of pop culture perspective, I thought it would be good to pair up hit dance singles from this year with ones from the past as a fun and funky way to mix things up. My choices may sound odd at first but the rhythm will eventually get you,so let's head out to the dance floor,shall we?:

First up is Daft Punk with "Lose Yourself to Dance",fronted by Pharrell Williams who also lent his vocals for the true song of the summer "Get Lucky". Pharrell contributed to Robin Thicke's sleazy"Blurred Lines" as well,but, hey, nobody's perfect,right?

Anyway,this is an excellent example of bringing forth 70s era disco into the modern age with crisp,clear sounds and a simple riff that keeps your feet moving:

Right along side that,we have Earth,Wind & Fire with their classic "Boogie Wonderland". This song is rather epic in scope in comparison yet this one sets off the feel good on the dance floor energy that Daft Punk & friends have tapped into so many years later.

There have been various cover versions of Boogie Wonderland since it's debut in 1979, including an American Idol group performance in 2003,video games and animated films. However,the original still stands the test of time and makes you move seriously to the groove: Next up is the first single off of Lady Gaga's new album Artpop,"Applause". Now I know that this collection hasn't gotten the love that her previous releases have and frankly, I'm not surprised.

Don't get me wrong, I actually like Artpop for the most part and particularly the snappy flavor of this song. It's just that the high wave of popularity that she was riding on was bound to hit a low at some point and that time is nigh.

At least this isn't some horrible disaster of an album and Gaga can certainly bounce back from this in the future yet to come. Hey,if Ben Affleck can survive Gigli to win Best Picture for Argo and Meryl Streep managed to do Oscar worthy work after She-Devil with Roseanne, Lady Gaga is not yet done for:

I decided to team her up with ABBA and my initial pick was "Dancing Queen" but on reconsideration, I think "Waterloo" works best with Applause.

Perhaps it's the clapping sounds in the background or the cheerful get-up-and-go spirit of the song that makes it feel like Goldilocks' porridge for Applause, I don't know. I have heard that ABBA might do a reunion tour and granted, that notion has been bandied about more than once but imagine if Gaga and ABBA joined forces, what an audio alliance that would be!:

For our final pop culture pairing, we have in one corner Selena Gomez with "Slow Down", a hit off of her debut album Stars Dance.

Personally, I know her mainly from Wizards of Waverly Place, a somewhat guilty pleasure of mine, and while I enjoy her sultry stylings here, I also appreciate her relatively smooth transition from  Disney teen idol to mature entertainer(dating Justin Bieber not withstanding).

It may be too soon to tell but it seems as if Selena has her feet firmly on the ground and heading towards a bright future without resorting to any embarrassing twerks and jerks along the way:

I swear that I'm not trying to jinx Selena by putting this one hit wonder next to her song but Pretty Poison's "Catch Me(I'm Falling)" happens to sound like the other glass slipper Cinderella had in her pocket in time for the fitting(Disney version,trust me).

This tune is best remembered as a key player on the soundtrack for the 1987 Jon Cryer movie "Hiding Out",where he plays a witness to a crime who pretends to be a high schooler in order to avoid the murderous thugs after him. Not a John Hughes level of eighties teen flicks there but it and the song still have plenty of fun to offer:


Have a great time tonight,folks and I will see you all back here later this week for the first TV Thursday of 2014 and maybe my first installment of The Year of Freddy Fear. In the meantime,check out this selection from my sister Stephanie of one of her favorite musical artists iamamiwhoiami with "goods"(she's Swedish and made her first US performance this year,to which my sis was thrilled beyond belief to attend) or dip into Donna Summer with "Last Dance", or both, viewer's choice!: